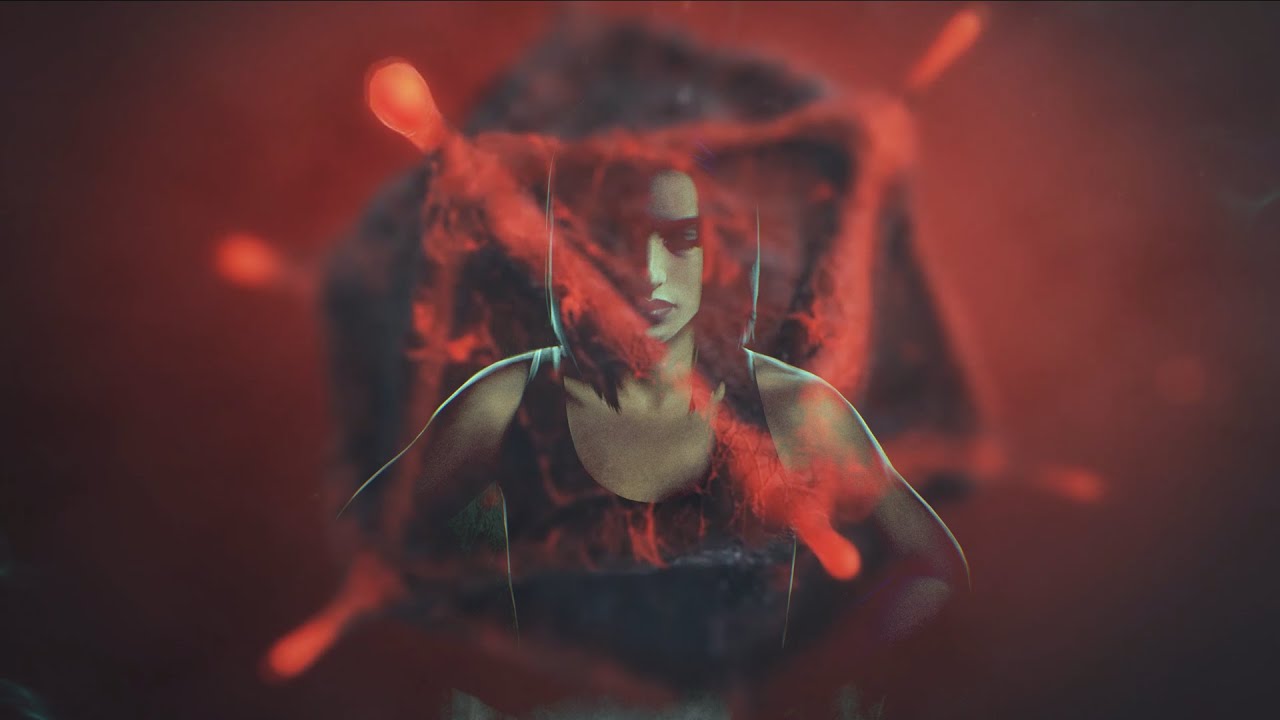 A story focused exploration game, EDENGATE: The Edge of Life misses an opportunity to be something deeper. The Finger Guns Review.

Context is often important to a game’s story. Without context, like an acknowledgment that a game isn’t literal, or detailing a story’s intention upfront, some tales can feel confused and haphazardly put together. That’s certainly the case with EDENGATE: The Edge of Life, the third title from publisher HOOK after Madshot and Kingdom of the Dead. The narrative feels jumbled and poorly explained.

To save you the same confusion I had to go through, I’ll give you the context that I lacked: EDENGATE: The Edge of Life is a narrative game created during the COVID pandemic and seems at least partly inspired by it. The game doesn’t actually share that snippet of vital information until the end credits roll. Without that context, the game makes little sense while playing it.

In EDENGATE: The Edge of Life, you control a character called Mia. From an over-the-shoulder The young woman wakes up in a hospital bed with a spot of amnesia. Like the player, she has no idea where she is or how she got there. Exploring, Mia finds that the hospital she’s in is totally empty. The evidence that something terrible happened here recently lies everywhere though – hospital trollies tossed on their sides, papers strewn across the floor, furniture stacked up against doorways. The opening half an hour of EDENGATE is trite in 2022. It’s such an overused trope and there’s no originality in its execution here.

Things don’t get much better for the remaining hour and a half of EDENGATE: The Edge of Life. A spectral child and light-sensitive lava-like tendrils that block off your path are your only company as you explore outwards from hospital into the wider world. Abandoned streets. A vacant school. An empty train station. The game’s environments are almost entirely lifeless to look at.

While the locations you explore via the over-the-shoulder camera in this game will be reminiscent of many iconic horror game settings, the tone of EDENGATE: The Edge of Life is very different. Despite the fact that the game manages to build up some low level tension, this isn’t a scary game. There’s no gore, bodies or blood. Outside of two tame jump scares, this game relies on the loneliness to give it an unsettling feeling. It achieves that, but once you’ve figured out that there’s no dangers to avoid in this game, it feels like just going through the motions.

Those ‘motions’ are essentially very linear and simple environmental puzzles. Those previously mentioned tendrils can be forced back by pointing lights at them. Sometimes you’ll have to move dumpsters or cabinets in order to vault over obstructions. EDENGATE: The Edge of Life goes out of its way to make these moments as simple as possible; when you grab hold of a trolley or something you have to move, a ghostly outline will appear to show you where to put it. It’s overtly helpful, removing your need to think about anything.

Genuinely, the most involved moments of EDENGATE are when you find a set of instructions on how to do something in one location – like the 5 actions you need to do in order to switch on a motor – which you have to memorise to use 45 seconds later.

There’s a real imbalance between the simplicity of the game play and the ambiguity of the storyline here. The narrative is delivered almost exclusively through still images underpinned by an audio log. These are triggered when certain objects – all of which are made to look like they’re steaming – are interacted with. You won’t have to root out these objects. They’re all placed directly along the linear path you’ll follow through the game. These pseudo-cutscenes are all glimpses into Mia’s past – some of recent events while others stretch back as far as her childhood.

It’s a real shame because at face value, none of these sections ever culminate in a satisfying narrative hook. At the start of the game, you start getting hints that Mia has a problem with a scientist she works with. Before that storyline comes to a satisfying conclusion, you’re peering into the past as she goes on a date. Before that goes anywhere convincing, you’re glimpsing Mia’s difficult childhood at her school. That spectral child? It’s one of the only constants to the plot, but even he goes completely unexplained. It feels so slapdash and unfulfilling.

Perhaps this is where the lack of upfront context undermines the plot. Maybe the complete lack of other characters is symbolic of the feelings during the periods of lockdown. Perhaps the child is symbolic of the way that COVID was spread. Even if the narrative in EDENGATE: The Edge of Life is more allegorical than literate, what exactly it all means is unclear.

Around The Rough Edges

To give EDENGATE: The Edge of Life the credit that it’s due, the voice acting of Mia and the other characters you’ll hear in the cutscenes is of a high quality. Mia often suffers from ‘Lara-Croft-itus’ in the fact that she talks to herself often – but it helps build out an interesting character in an otherwise baron world.

I have to complement the visuals and music in EDENGATE: The Edge of Life too. While many of the art assets are reused throughout the game, they’re done so in creative ways so that the game doesn’t feel overly repetitive. The music does most of the heavy lifting when building up atmosphere in this game. It has an ominous edge to it that gives the game a lot of its tension.

There are just too many rough edges to this game for those positives to shine however. It’s simple things – like making a doorway wide enough to push things through without it snagging dozens of times in the process – that let down the overall quality of the game. For a game that is just over 2 hours long, there are too many moments of frustration like this.

While there are positives, EDENGATE: The Edge of Life feels either poorly planned out or unfinished. The narrative is disjointed and confused, the puzzles are simplistic and there are a few too many frustrations with the game play. There was potential here, but it feels unfulfilled in most facets of the game.

EDENGATE: The Edge of Life is available now on PS4 (review platform), Xbox One and PC via Steam.