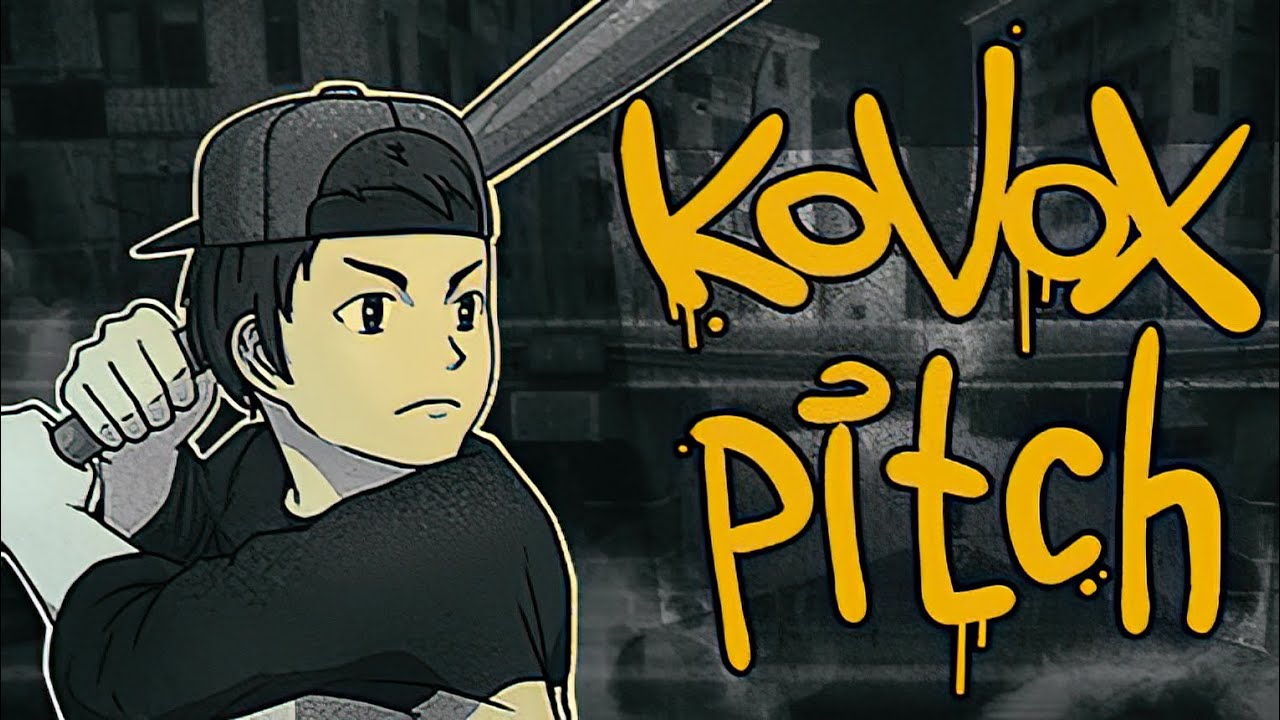 Some developers create games they hope will sell. They make a commercial project with a cool hook that should earn enough money so they can continue to make games. And then there are games like Kovox Pitch. These are the passion projects from developers who say things like “I’m making the game I’ve always wanted to play”. You can feel the love that has been put into these types of game, but they can also feel like they were made for an audience of one.

I certainly get those feelings from Kovox Pitch. You can sense the care that went into making this game. At the same time though, if it wasn’t for its uniqueness, this game would feel like it was totally out of left field, like it was made to satisfy its creator’s curiosity rather than the players experience.

Sing For The Fences

At its core, Kovox Pitch is a rhythm game. What makes it stand out from the crowd however is the music, visuals and vibe. That starts at the premise: baseballs are fired out of pitching machines strapped to the back of a pair of mopeds. The balls are launched in time with elements of music which is played during each level. You play as an anime-styled character who’s tasked with batting away the balls along to the tune. Miss a few consecutive balls and you’ll fail the track. It’s an odd set up, but its charm overwhelms it’s peculiarity.

While most rhythm games opt for genres with strong beats or distinctive rhythms, like EDM or Metal music, Kovox Pitch again bucks from the trend. Instead it opts for post-punk and indie rock music sang entirely in Russian. The track list includes songs from End of Sunny Days and Satrru, both semi-successful musicians from the East. With snare heavy drums beats and baggy guitar riffs, the track list here has a really specific tone that’s unique in the genre. I checked. There aren’t any other rhythm games that cover this type of music.

The story mode is where you’ll likely spend most of your time with Kovox Pitch. It’s the core mode and where you’ll be able to learn how to play the game.

In the Kovox Pitch story mode, levels are grouped into 3 with each trio played out at a new location. The 3 levels are bookended by small narrative segments. Delivered via one side of a conversation, the story to the game revolves around brothers reconnecting. The character you control during play never speaks, but his older brother has a lot to say. Having moved away from their town earlier in life, the older brother has returned and wants to tell his baseball playing sibling what he has learned.

His life in the city, his relationships with his friends, of missing his home town; the older brother in Kovox Pitch has some poignant things to point out. It’s an odd narrative for a video game of this nature though. The story is tonally very different from the style of the music, the visuals and and style.

It’s also awkwardly delivered. The voice actor articulates the lines with a dry, uninterested locution. To be fair, that’s perhaps partially because parts of the story feel unimportant. There’s a few chapters that feel like filler as the brother chats about inane things. This is one of those moments when you get the feeling that these chapters probably meant something to the creator of Kovox Pitch. Without the context though, the player struggles to get invested.

Thankfully, the game play in Kovox Pitch makes up for any mediocrity with the story. To start with, the play is pretty simple. Balls come across the screen from right to left. The aim is press a button to hit each ball as it enters a circular icon in front of the hitter. Do so and they’ll smash the ball away. Miss and they’ll biff the swing and for a fraction of a second, you’ll be prevented from swinging again. When balls are coming at you thick and fast, that time can feel like an age.

As you progress through the story mode levels, new mechanics are introduced that make the play gradually more complex. Single hit baseballs are joined by balls which require you to hold down the hit or mash the hit button for a duration. Balls start to split into three colours – white, red and blue. The latter of these colours requires a different button press. You’ll also have to change plane as a second lane of balls is introduced. Orange balls indicate the perfect time to switch between lanes and you’ll jump forward or back. Eventually, balls arc through the air with a delay so you’ll have multiple different balls to consider on a single lane. At it’s most complex, Kovox Pitch is on par with Amplitude and will have you tapping frantically to hit the balls. When it all comes together, it’s a real joy as you smash the balls along to the toe tapping music.

Part of Kovox Pitch’s difficulty is related to the way it interprets the music. Most rhythm games select one element of the music, like the drums or the tune, and task you to follow it for an entire song. In this game, the layer of the music that’s producing the baseballs can change. One moment you can be whacking balls along to the drums and the next, you could be following the flow of the vocals. It’s tricky at times because it’s far more difficult to anticipate what’s coming.

Weirdly, the difficulty curve in Kovox Pitch more like a bell curve rather than an upward slope. The last chapter, 4 hours in and what you’d expect to be the trickiest, has some of the slowest and easiest levels in the entire game. It’s a bit of an anti-climax but after some of the fiendish levels in the previous levels, it was a welcome cool down.

Outside of the Story mode, Kovox Pitch only has one other mode. The Free Play mode allows you to swing along to any of the songs or locations you’ve already unlocked in the Story. You also get to choose the difficulty. This means you get to experience some of the songs that are pretty simple in the main campaign in a different, more testing light.

On PS4, Kovox Pitch is missing one of the game’s best features from the PC version. That feature is the track editor. On PC, you can upload your own songs and craft a baseball rhythm around it to play. For obvious reasons, that’s missing on the PlayStation console version. It’s a shame that one of the best aspects of the game is missing in the port. I guess this is a price that had to be paid to get the game on consoles.

Despite its awkward plot and missing track editor, Kovox Pitch is still worth playing on PlayStation. This a quirky rhythm game with a unique vibe and utilises the rarely used post-punk genre to great effect. While it’s not quite a home run, it’ll keep rhythm game fans entertained for a few evenings.

Through The Darkest Of Times (PS4) Review – I Did Nazi See That
Call of Duty: Vanguard Review (PS5) - Leading By Following
OlliOlli World: Void Riders Review (PS5) - Embrace The Void!