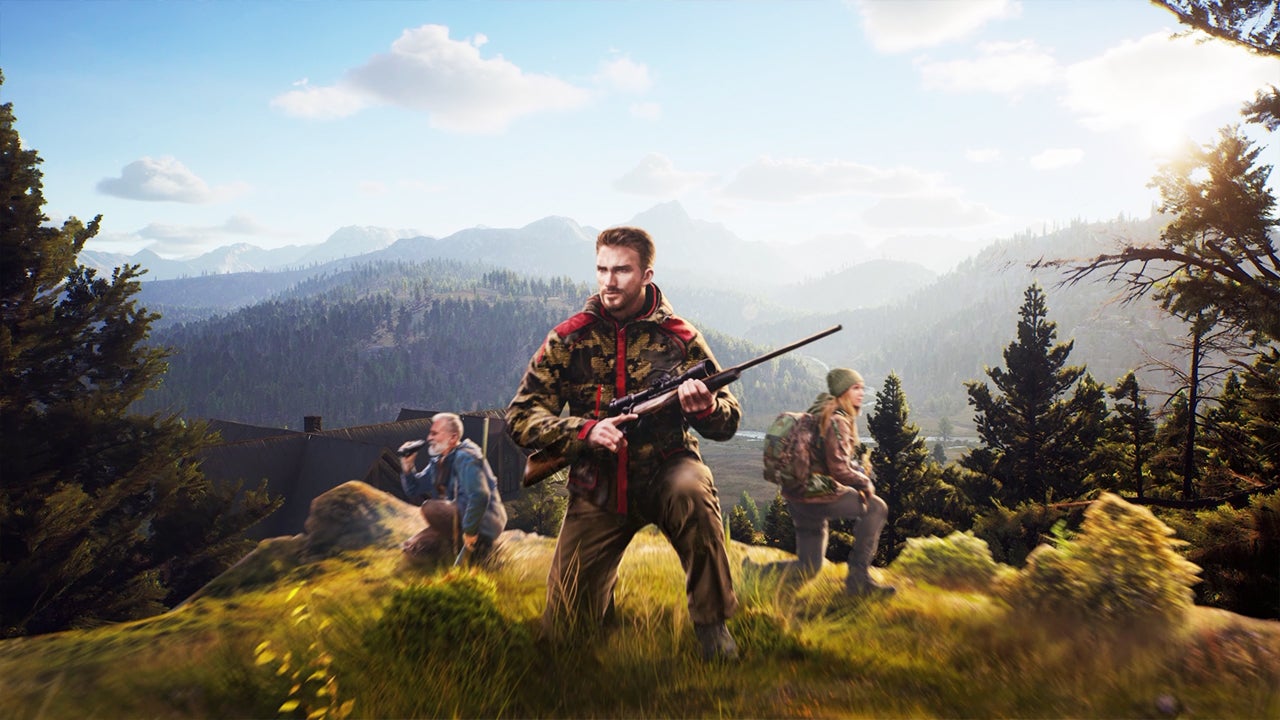 A few technical issues and a lack of direction make Way of the Hunter a difficult bounty to recommend. The Finger Guns review:

Over the years, it seems like video games are embracing a sort of “quiet calm” genre. Games that can be played sedately, without rushing or pushing for high scores. Snowrunner for the off-roaders, Euro Truck Simulator(s) for the drivers. And now: Way of the Hunter for the hunter-gatherer types.

Far, far from the simple days of Duck Hunt, what we have here is a simulation on the hunting lifestyle. From choosing the right weapon to hunt with, right to the sustainability of selling the by-product of each hunt. Oh yes, this isn’t a simple game of point and shoot. This is a “way of life” kind of game.

But, is it a way of life that deserves our time into perfecting the hunt, or should we go back to something simple, like the Wii Cabela games? Grab your rifle, load up your lures and let’s camp out and see what we find…

Curiously, the first thing that took my attention in Way of the Hunter is the story. I don’t know what I was expecting, but it would have been more inline with something basic, even nonexistent. You are a hunter, this is your gun, go and thin out the ranks of that potential army of deer. But no, there is an overhanging narrative here, weirdly.

You, the player character, are River Knox. Presumably bullied for having the most cliched protagonist name ever, River returns to the Nez Perce Valley and his grandpa’s hunting lodge. It’s established early on that River’s father didn’t like his father-in-law’s hunting lifestyle, staunchly adamant that it not be taught to River. Of course, the opposite happened, otherwise we wouldn’t be playing this game. Taking over the family business is the literal name of the game, establishing Knox’s hunting brand along the way.

Conveniently surrounded by fertile grounds and walking food, it’s not long before River settles in and gets to taking on orders for prime, ethically hunted meat that people pay out of the nose for.

Ain’t She A Beauty? Let’s Kill It!

It should probably be fair to say that if you don’t want to see fluffy-tailed deer, rabbits, badgers or pheasants being shot, this isn’t for you. No point in sugar coating it, the clue is in the name: it’s not called Way of the Twitcher, is it? That’s the practice of bird spotting, by the way, not someone who makes money by unnecessarily screaming on a popular streaming service.

No, we are here to hunt game. Be it big, small, burrowing or right out in the open, it’s our goal. Orders come in from various restaurants, shops and whatnot, with what specific meats they want. You, as Knox, will take on these orders as missions, it’s that simple.

Across the Nez Perce Valley are varying sets, burrows and ranges that animals will inhabit. The map will give you a basic idea of where they roam, but it’s up to the players to do the actual reconnaissance when they arrive.

Whilst the presentation may look arcade-y (more on that later), Way of the Hunter actually attempts more of a sim style of gaming. As in: don’t expect to come charging in in your car, hopping out and mowing down innocent wildlife like Call of Duty enemies. No, you have to stalk and be patient… like in real life.

That means taking in the noise River makes, so crouch-walking and going prone is utilised. It means not letting the fauna get a nose-full of the deodorant he’s wearing, being mindful of what direction the wind is blowing. It also means a lot of patience.

Animals, as is their wont, can and will be easily spooked. Of course, you’re hunting them, not petting them, so you don’t need to get obscenely close to them. No, the aim of the game here is to track, spot, shoot and then claim the bounty. River has, weirdly, a Hitman-like Hunter Sense that’ll allow him to see certain highlighted areas. These manifest as tracks, footprints and where an animal will drink.

Once players have ascertained that the deer tracks, footprints and large body of water will [hopefully] yield quarry, that’s where the hunting comes in.

Not being much of an outdoorsman, let alone a hunter or an American, I don’t know much about guns. I recognise the brand Steyr, that’s about it. Oh, and Remington, largely for the shotgun usage in Terminator 2. So for me, it’s seeing guns that I’d normally associate with war games appropriated for killing duck instead. But it was the shooting that drew me in, not the brands.

If you’re a regular reader, you’ll know I like sniping games (see my Sniper Ghost Warrior Contracts 2 review for that enthusiasm). So that Way of the Hunter has quite an in-depth hunting mechanic tickled my fancy. None of this Duck Hunt point-and-shoot nonsense; effort has to be put into this.

Wind speed and distance are standard practice, but there’s more. Some animals need certain organs not perforated with a round/buckshot to be sellable, you see. So whilst you may think shooting that deer in the heart is more humane, the restaurant that specifically requested you don’t isn’t going to pay you. So, don’t do what I did and take a hunting rifle to a duck as it will obliterate it, for example.

Thankfully, there’s enough customisation to keep a camper happy (a happy camper, if you will), offering up better rifles and scopes as you earn more. Pair that with different hunting calls, and in no time, River will be flowing with income and the best hunting eye in the Nez Perce valley.

Can’t See The Forest For The Lack Of Trees

Whilst it seems like Way of the Hunter is ticking the right boxes, there are some serious demerits here. For one, the graphics and processing on display. It looks nice, but the catch is “only when stood still”. The moment River starts to run (or walk, but I’m making puns), it all goes shoddy. Terrible pop up, against such a massive draw distance, is not immersive and ruins the experience a tad. Not to mention the photo mode, as the above will attest to.

Another grumble is the fast travel system. At its core, it’s functional: pick point, travel, simple enough. But if you’ve got a car on the road, it doesn’t come with you (fair enough) but you can’t warp to it. So say you’ve left it a few clicks south, you have to return to a lodge with a store and “reset” it by equipping another one. It means that setting out becomes a lengthy chore, lest you have to reset your car again.

Yet my massive gripe, paired with the above travelling, is the lack of direction. I’ve bemoaned hand-holding over the years, but games need to give some idea of what you’re doing. After the first few missions, in which a general hunting zone is hinted at, that’s it here. One mission had me hunting deer, but the “hunting zone” on the map was literally everywhere.

I get that I’m the hunter, this is my quarry. But it deep-end’s the player so early on that unless you’re willing to spend real-time hours scouring for particular animals, you’ll lose patience. I know I did.

Time Is Not On My Side

So, does it sound like Way of the Hunter is boring, or just not for me? Well, this is where the backhanded compliments/insults start to come out. Or, you make your own opinion because, as I said, I don’t have a preference for hunting game, or hunting games.

It has the potential to be good, but it needs some fixing. Flitting between Visual and Performance mode did nothing for me; the pop-up never ceased. The aforementioned travel system sucked, but is that my fault for failing to prepare? Well, this is the thing, isn’t it?

If you like hunting, but don’t want to skin and/or taxidermy animals and get your hands dirty, you’ll enjoy it here. If one can get over the graphical inconsistencies, it’s an in-depth look at American hunting. In that regard, can’t fault it. But at its core, it feels like a lazy Ubisoft open world that certainly needs TLC, preferably before launch. In the meantime, I’ll just stick to saving the free world in Contracts 2.

The potential behind Way of the Hunter is there to give the likes of the Cabela series a run for its money. It’s just marred with a few too many technical issues that prevent it from being a fun and immersive experience overall. Stuff it and move on to the next quarry instead.

Way of the Hunter is available from August 16th on PlayStation 5 (reviewed on), Xbox Series S|X and PC.