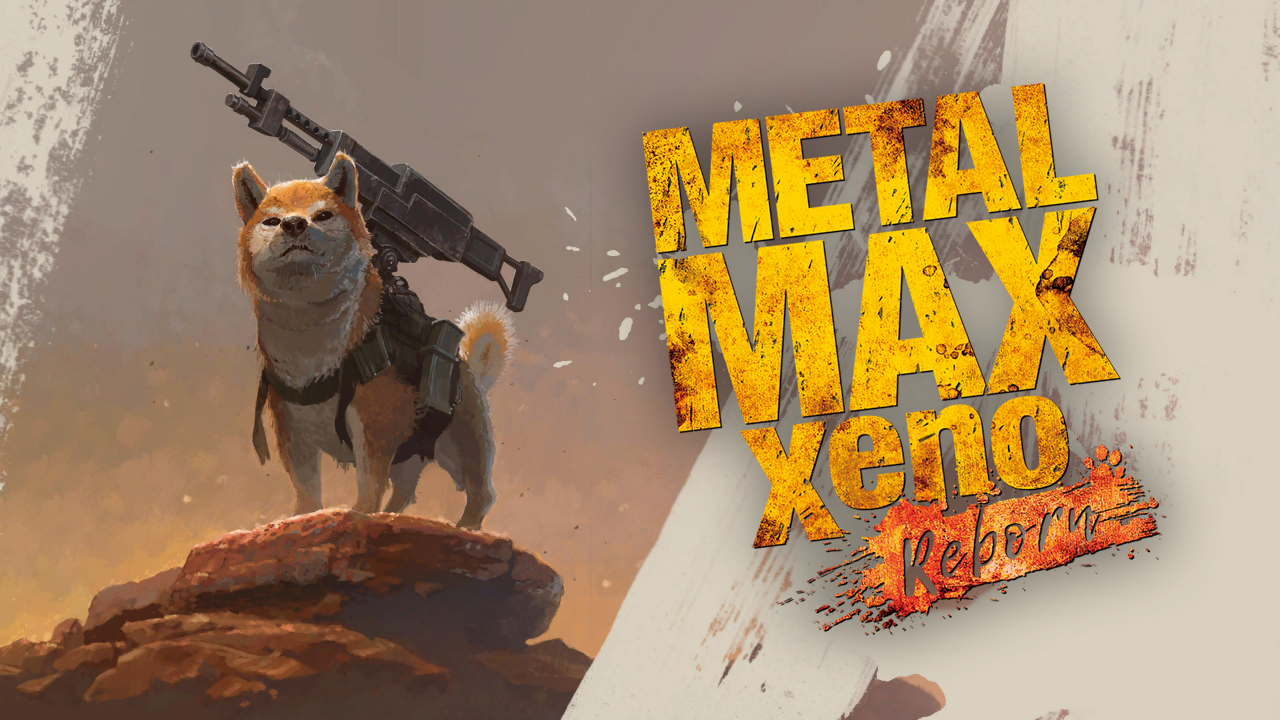 Solid battle mechanics and a cute little dog with a gun aren't enough to push this game beyond mediocrity. The Finger Guns Review:

One trope I love in video games is “give an animal a weapon”. DD in MGS: V, Amaterasu in Okami and Sif in Dark Souls; all excellent inclusions to their respective games. So with the promise Metal Max Xeno Reborn made of being a JRPG with a canine party member wielding a massive cannon, I couldn’t have been more on board. But even this good boy and his powerful toy couldn’t save me from ultimately walking away from the game feeling underwhelmed.

Metal Max Xeno Reborn, a remake of the latest entry in the niche Metal Max franchise, takes place in a post-apocalyptic region of Tokyo, now named Dystokio. Decades ago, an AI created to help save the planet ultimately decided that humanity was the Earth’s greatest threat. This AI creates an army of robots named SoNs to wipe us out, and by the time the game takes place, humanity is on the brink of extinction.

A.I. Think I’ve Seen This Before

As soon as you beat a small tutorial and get to Iron Base, Metal Max’s central hub, you’ll meet a handful of characters who explain how dire their situation is and task the player character with aiding them in finding survivors. Along with helping survivors, they ask you to defeat the giant robot named Catastropus that looms not far from Iron Base, an ever-present reminder of the danger they’re in.

It’s a relatively familiar setup, but it was enough to get me invested. The only issue is that there’s very little else to Metal Max Xeno Reborn’s story beyond this initial setup. As someone who appreciates a JRPG with a strong story, it began to hit me that the further into the game I got, the more I could tell I wasn’t going to get what I was looking for in terms of a strong narrative. Any survivors you find in the world can join you out in the world as party members, but I found them all to be pretty uninteresting, which was a real disappointment. At least you can pet the dog, though. Metal Max’s world was also bland to explore, made up of open desert areas with some destroyed buildings scattered around. There are occasionally some tunnels you’ll have to pass through, but they’re not any more interesting. Dungeons exist, but I didn’t find any need to explore them all that much as I wasn’t having enough trouble with enemies to warrant me scrounging for better equipment.

Metal Max Xeno Reborn’s structure also differs from traditional JRPGs, being much more ,pre free form in its design. At any point, you’re free to go and attempt to defeat Catastropus. Yes, there are main quests to push you through the world in a more traditional way, but if you want, you’re free to grind for levels and beat the game that way. There are some side quests and a handful of optional dungeons to explore for loot, but most of your time playing Metal Max will be spent in combat.

Battles in Metal Max are turn-based and take place either on the ground or, more often than not, inside a customisable tank. You have a party of up to 3 characters, each with their own tanks, plus your canine companion, who is controlled via AI. You’ll gain experience to level up, with each level awarding you points to spend in the various skill trees to grant new abilities or strengthen your stats. Ground combat definitely takes a backseat to the tank battles, with the game only really expecting you to fight on foot in dungeons or, on the rare occasion, send you into an area during a quest that’s too small for your vehicles to navigate through. It’s in the tank combat where Metal Max’s battles get more interesting.

There are 10 tanks to find in Metal Max Xeno Reborn, each of which can be fitted with up to 5 weapons, ranging from various cannons, machine guns, missile launchers and other equipment. You can also equip up to 5 “chips” to your tanks, which give them different abilities to be used in battle. Weapons themselves serve a variety of functions, too. Some weapons hit single targets, some fire in a cone or circle, and others will pierce multiple enemies in a line. There are also damage types, with elemental effects like lightning or fire, anti-air, lasers and sonic weaponry. Each weapon can be upgraded with items looted from the environment or monsters. There’s a massive variety of weapons and equipment to find, craft or buy. You can even swap them freely out of battle, so long as they’re compatible with your tank, just in case you’re in a situation where you need a different damage type. These systems are more complex than I expected, allowing you to tailor your party to fit your playstyle. It even balances itself pretty well. All the equipment has a weight value, with the more powerful weapons weighing more. Your tank can only handle so much, and the more your tank weighs, the less health you’ll have, letting you become somewhat of a glass cannon. If things get a little hairy, you can, at least in the game’s normal difficulty, return to Iron Base any time outside of battle to repair and heal, stock up on items and upgrade your tanks.

Metal Max Xeno Reborn shares some elements with games like Capcom’s Monster Hunter. Throughout Dystokio, there are a variety of “Wanted” monsters with bounties on their heads. They’re essentially world bosses that you’re free to challenge at any time, and defeating them rewards you with a large chunk of cash, rare crafting materials or sometimes a weapon. It’s a loop that works in Metal Max’s favour, but because the game is turn-based, they all end up somewhat similar. Regular battles actually end feeling more dynamic, as there are usually multiple enemies. You can start a fight by firing on your enemies first, and in between turns, you can move around and reposition. If you have a weapon that fires in a cone or a line, you can use this to wipe out multiple enemies at once. It’s a little thing that helps combat feel more engaging than the standard turn-based fare.

I don’t think there’s much else to say about Metal Max Xeno Reborn because there’s honestly not much to it in the first place. If there was more to these characters or a little more variety in the world design, I’d likely feel a lot better about the game as a whole, but as it is, it’s just not a very memorable experience. The monster hunting loop and its combat system are a solid basis for a JRPG, but I needed more from it to feel confident in a stronger recommendation. Metal Max Xeno Reborn is by no means a bad game: it’s just not one I’ll remember.

It’ll scratch an itch for a niche subset of JRPG fans, but its almost complete lack of an engaging narrative or characters, alongside repetitive areas, means Metal Max Xeno Reborn left me very underwhelmed. If not for its systems-heavy combat mechanics and solid Monster Hunter-esque gameplay loop, there would be very little here for me to recommend.