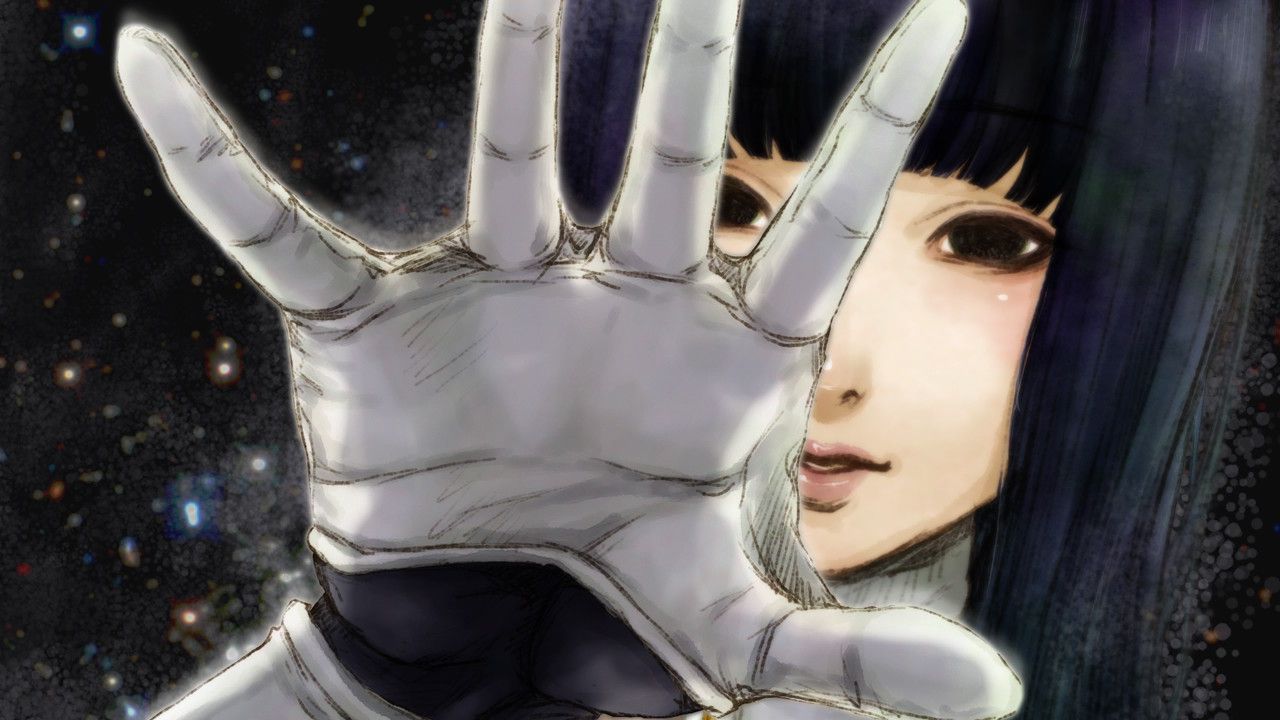 There’s a cosy sense of familiarity to Gnosia despite its obvious individuality. A bridge between two game genres that have never met before, it’s a unique prospect. Part social deduction game, akin to Among Us or the party game Mafia/Werewolf, and part mystery visual novel game like Danganronpa or the Zero Escape games, it’s a mix that shouldn’t work on paper. Especially because it’s a single player experience, unlike most other social deduction games. Within the first half an hour of play, it becomes clear that this is actually a match made in heaven.

As a player named character, this game has you aboard a ship drifting through space. Among the passengers on this craft, there are individuals who have come into contact with an alien species and have become “Gnosia”. These aliens are indistinguishable from a normal human, taking the appearance of anyone on board. This is a skill they’re using to achieve their goal – eliminating human kind from the universe. To stop the Gnosian spread, the ship’s AI has activated a protocol dictating that from now and each day moving forward, one person will be put into cryogenic cold sleep until all the Gnosia have been frozen – or the aliens outnumber the human passengers. The Gnosia will attack and kill one human passenger each night they are left unfrozen, whittling down the pool of possible suspects.

The whodunit aspect of Gnosia plays out like a single player version of Werewolf. During the day, each person including the player has the opportunity to voice who they think is an alien. The cast of characters also have the chance to agree or disagree with what’s being said. Once everyone has had their say, a vote (or series of votes if there’s a draw) takes place until someone is chosen. That person is then put into cryo-sleep and will take no further part in the proceedings. Put all of the aliens on ice and you’ll win. Reach the point in which there are as many Gnosians as there are humans and you’ll lose.

Then it all starts again. Each round at this is called a ‘loop’ and no matter the result of the previous attempt, you’ll begin again from scratch. The kicker here is that with each loop, everything is mixed up. Different people, including the player, are selected as Gnosia, the cast of characters you’re interacting with expands and the roster rotates.

To determine who is or isn’t Gnosia, you’ve got to use logic, perception and persuasion. Are 2 people always ganging up to criticise one person? Did a vocal detractor of someone die overnight? Are the same to people pointing the finger at you? Is that character contradicting something they said earlier? Has someone been too quiet? At first, it’s relatively easy to weed out the alien. After a few loops, things start to get more difficult. The number of Gnosia in a loop increases, as do the total number of crew members.

To balance out the increased difficulty, and to raise the complexity a little higher, special roles are then introduced. Randomly assigned (at least initially) much like being a Gnosia, these roles give characters specials abilities. The Doctor is able to determine whether the person who was frozen on the previous day was in fact an alien. The Engineer can scan one crew member each night to determine if they’re Gnosia or human. The AC Follower is obsessed with the aliens and exists purely to throw everyone off the scent. The Guardian Angel can protect one crew member during each night to prevent them from being killed. Each role is a new avenue in which to gain information about who are the culprits, presenting reports during the day time debates. As such, they become a target for the Gnosia.

Of course there’s a catch. The aliens being the sneaky species they are can lie and also claim to have one of these roles. At times you’ll have 2 engineers, one of which is genuine, reporting that different people should be the next target for cryo-sleep. It’s up to the player to determine which is reliable and which is trying to misguide the group.

As you proceed through loops, regardless of their success, you’ll earn experience. This experience can be used to upgrade the statistics of your character. These stats determine how effective you can be in the day time discussions. Charisma effects the strength of your arguments, Intuition allows you to spot when characters lie, Logic allows you to better point out inaccuracies, Charm makes you less likely to get selected for cryo-sleep, Performance helps you lie more effectively and Stealth means you can speak more often, and with increased maliciousness, without being made a target.

The stats of your character have a tangible effect on the loop for Gnosia and this, for me, is the only sticking point with this game. If you don’t strike a balance with these stats, the game mechanics can start to become frustrating until you do level them out. It’s no use having high Intuition, spotting when people lie, if you’re not able to convince anyone of that fact because your charisma and logic are low. Being able to convince people that someone is the alien is fine until you don’t have the logic or intuition to figure out who that is in a large group. This is a very short term frustration as things will eventually level out but there are moments when you know without a shadow of a doubt who needs to be frozen and you won’t be able to convince the rest of the group of it. It might have been more effective to simply level up the player every so often and raise the stats in line with one another.

Where Gnosia differentiates itself from other social deduction games is that it has an overarching narrative. This comes in the form of visual novel like sections. The whole game is built upon part truths which offer up an intriguing set of questions that take the whole game to reveal and answer to. There’s only one other character – Setsu – who retains their memories for each loop. Why is that? What are the Gnosia and where do they come from? Why are they attempting to assimilate humanity? Why are they all looping over and over? The expanding lore and narrative surrounding the game play cycles and are drip fed by meeting certain milestones and with certain criteria. There’s powerful revelations waiting at the end of the game and the looping game play mean it’s never a chore getting there. Each person will reach an end point at their own pace too, dependent on their choices.

While you’re thinking about the overriding, big picture questions, you’ll be spending time with a varied and constantly entertaining cast of characters. Sure, a few of them are always trying to attack and kill you during the night but they’re perfectly civil to your face. Well, most of them. The crew members all have really strong personalities and the dynamic between them is thrilling. Some characters are like oil and water to one another and their conversations can be incendiary or deeply awkward. Others are mysterious and hard to define. Over time, you’ll become accustomed to each character and their personality and while they’re no replacement for human opponents, they’re an interesting group to spend time with. If I’m being picky, I’d have liked voice acting – there is none – but the writing is really quite descriptive and manages to communicate personalities via the dialogue very well.

All of this is presented via gorgeous hand drawn art work. The character portraits are vivid and colourful, giving these personalities a look that’s representative of their disposition. For a visual novel-esque title that has very few animated scenes, it’s really quite attractive.

A unique blend of social deduction game and visual novel, Gnosia is a mixture of both and something new entirely. A strong narrative that’s unveiled little by little combined with a looping logic and deduction game make for a very compelling proposition and damn near essential for fans of either genre.