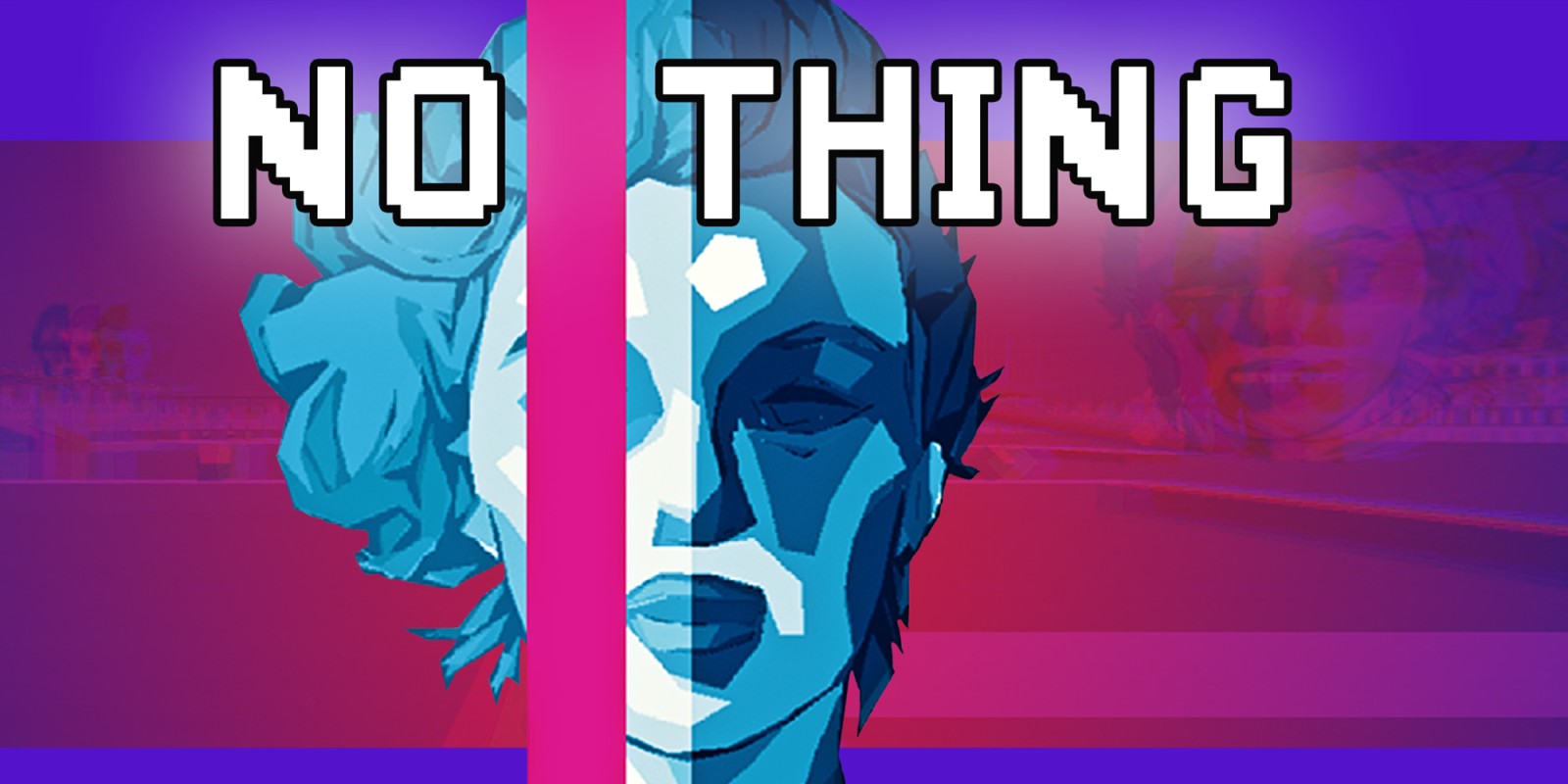 A trippy autorunner that might have something to say but struggles to say it, NO THING is certainly something. The Finger Guns Review.

A trippy autorunner that might have something to say but struggles to say it, NO THING is certainly something. The Finger Guns Review.

One of the most anxiety-inducing aspects of being a ‘critic’ is when you can tell a game is trying to say something deep and meaningful but you just don’t “get” it. NO THING, an autorunner that has been available on PC & Switch for years but recently arrived on PS4, is a perfect example for me. I feel it’s hinting at more than it is on the surface but I can’t tell if the game fumbles the execution or I’m just too dumb to understand what it’s trying to say. I think it’s probably a lot from column A and a little from column B.

NO THING is, on the surface at least, a basic first person auto maze runner with just 2 button inputs – R1/2 or L1/2 to turn 90 degrees right and left. The player is tested to navigate the ever moving protagonist to the end of a winding path without falling off. Each of the game’s 10 levels starts easy enough but the protagonist gets faster the further you walk which means making the required turns gets progressively more difficult.

You’ll die a lot in NO THING. It’s a game designed around maximising a small amount of content through repetition. Every time you die, it’s back to the start of the level – but you’ll have learned something new about the obstacles to come. NO THING doesn’t make it easy on the player. Ramps, which you’ll fly off the end of, are followed by blind turns. Rhythmic sections end with an out of timed turn just to throw the player off. Some turns have to be pulled off while barreling through the air which is something I can almost guarantee no one has pulled off on the first time of asking. Later, the path gets incredibly slim. It’s easy to get frustrated with the game as you’ll be playing the same section over and over and possibly failing at the same place, maybe 2 minutes into a run, repeatedly.

If the game play wasn’t tough enough, NO THING has a visual effect which makes things just that little bit more difficult. Every 5th turn, the visual hue of the game world changes. One second it’ll be red but as you turn a corner, it can change to green, blue, grey, purple and more. While this isn’t entirely distracting, some of these changes come with a glitch effect which distorts the player view. Get randomly served these glitches in a tight course of corners and you’ll be meeting a Game Over screen 99 times out of 100. The inclusion of this is baffling.

These colour changes are all part of the weird, retro vaporware aesthetic that NO THING is going for. Around each track, and sometimes on them, are 2D images that present the theme of that level. These images act like those in the early 3D games where they turn to ensure they’re always looking at the player which, as you’re racing through, can be quite trippy. It’s a rudimentary system that holds up some pretty interesting scene setting artwork but I think that’s the vibe developers Evil Indie Games were aiming for.

The retro visuals are accompanied by a similarly old school chiptune soundtrack. Each of the levels in NO THING has their own music which, I’ll be honest, don’t seem tied to the theme of the level in any way. The quality of this music varies from real earworm bangers I’d happily listen to while working to annoying loops that sound like a 10 year dance enthusiast just discovered Fruityloops.

So, NO THING’s game play is repetitive and simplistic. It’s visuals are quirky and basic. Some of the game design is frustrating. But maybe that’s the point? This game reeks of an artsy title that’s attempting to make players experience something rather than tell or show them a story. There’s a surface level narrative of sorts; You play as an office clerk in a totalitarian world who has been sent with an important message they need to deliver to the Queen of Ice. This is outlined to the player via a robotic voice that reels off confused or puzzling sentences while you play.

“The city is not sleeping. The City is grey. Scale your tears now. Fly instead of walking”

I’ve heard these sentences more than 40 times, each time I attempted and failed the second level, and I still don’t understand their importance or meaning. They hint at a deeper meaning to the journey but without context. There are lines that suggest the core gameplay loop might be everything it is intentionally. The robotic voice says that the player character is our “most simplest office clerk” and does nothing but “8 hours of work, 8 hours of sleep, 8 hours of TV”. Despite it being delivered without any emphasis, the wording comes with a bite that gets sharper the longer the game goes on. Is the reason this game is repetitive because of it attempting to replicate the daily grind? Of wanting to be an important office clerk but having to walk these paths? Maybe there’s hidden meaning to this game. Maybe the mere fact that I’m thinking about the potential symbolism is the point and it has achieved its goal.

Or maybe the plot struggles to portray a clear meaning to all of its quirkness because of the way it is delivered. The robotic voice that reads these lines aloud adds no inflection. They’re delivered at a dry tone throughout and often can be hard to hear over the music or understand clearly. There’s little thought put into when these lines are delivered either. When you’re desperately trying to concentrate on hitting a tight circuit of turns while travelling at breakneck speed, the last thing you want to hear is “You think everything is fine. You think everything is love” from a robot voice. For that exact reason, half the lines just don’t get absorbed by the player. They get tuned into the background. If the game wanted to say something deep and meaningful then it should have done a better job of saying it.

Or maybe NO THING is simply a rudimentary auto maze runner that uses a jumble of confused ideas and colour changing visuals to give it an element of mystique in the hopes it’ll give it perceived depth.

All of the above could likely be your perception of NO THING depending on how much time, patience and thought you’re willing to afford it. Personally, I think it is trying too hard to act as a piece of art but the message falls flat. Or maybe I’m too stupid to see it. Regardless of your feelings about the narrative, NO THING is a cheap maze runner with a quirky look that can entertain for a few hours before the difficulty gets more frustrating than enjoyable. After that, you’ll just be left with a migraine.

Your mileage with NO THING will depend on how much patience and thought you’re willing to give it.  There’s a story buried in a trippy, simplistic autorunner that actively works to frustrate the player at times. A cool vaporware aesthetic and a hand full of decent songs don’t make it any less aggravating to play or help the delivery of a tale that needed clarity.