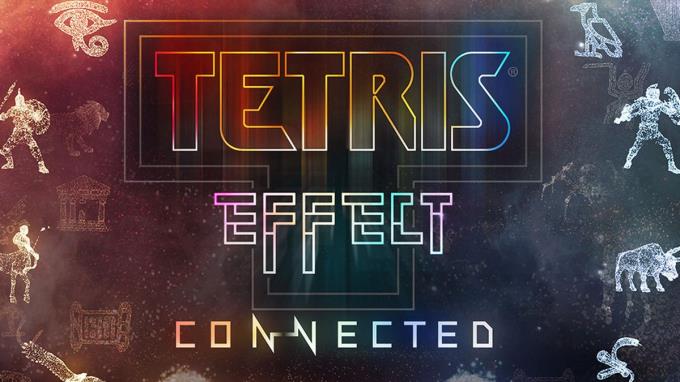 Toby Andersen
Tetris Effect is back, coming to Xbox with new competitive and cooperative multiplayer modes in Connected. But is it an essential download or best left in the 90s? The Finger Guns Review:

Tetris Effect is back, coming to Xbox with new competitive and cooperative multiplayer modes in Connected. But is it an essential download or best left in the 90s? The Finger Guns Review:

Tetris, right? Everyone’s played Tetris. I say that and part of me dies thinking that there are Gen Z gaming babies out there who might not have ever played the grandaddy of all puzzle games. The original block pusher, that pushed millions upon millions of systems, Gameboys best-selling game of all time, and many others besides. A cultural milestone that transcends gaming.

Back in the 80s and 90s, kids like me would play Tetris so much that we’d see the seven special Tetrimino blocks in our sleep, in everyday objects, in patterns and architecture. This came to be known as the Tetris Effect; when people devote so much time and attention to one game that it patterns their thoughts. It’s helpful when you’re packing a suitcase, or arranging the feng-shui in your living room or the Tatami mats in your Japanese apartment, to be able to think about how to fill space perfectly. I’ve often joked over the last thirty years with people who can’t think like this, that they should have played more Tetris growing up.

Now we’ve come full circle and developers Resonair and Monstars have taken the theme of Tetris Effect and made it the premise of the game. When it was just one mode, and one (friking insane) earworm, Tetris was already capable of hypnotic addictive qualities. Now Tetris Effect gives you ethereal hypnotic light shows that draw your mind into the screen, pulsing dynamic soundtracks that work in time with your movements, and the Tetris Effect is no longer something that only affects those who play too much. It’s here, it has you. Tetris is back.

And now re-released on the Xbox One and Xbox Series consoles, Tetris Effect is now Tetris Effect Connected with newly added cooperative and competitive game modes, as well as the single-player base game.

Now, we all know the basics of Tetris (except maybe those gaming babies I mentioned) so I shouldn’t need to explain. Seven differently shaped blocks cascade down the screen one by one. It’s your job to rotate them and place them in a grid to create unbroken lines from left to right. The line disappears, you get points, the challenge continues. You can easily achieve double, triple and quad lines, called Tetris, and in the classic game everything gets faster and faster the more lines you manage to complete. That’s it in a nutshell.

Tetris Effect originally came out two years ago, adding the new Zone mechanic to gameplay, and a host of campaign options. I’ll cover them quickly and get on to the new parts that come with Connected. After a certain amount of lines and points you will build up your Zone gauge, and once full, trigger a stopped-time period where you can still drop blocks but you are in complete control of timing. You can rack up lines and points fast here without concern for getting overwhelmed.

Tetris Effect has a campaign mode called Journey, which is a series of themed and soundtracked levels, all with different music and different speed challenges, and comes in three difficulties. They say Easy, Normal and Expert, but they should really be called Hard, Harder and You Must Be Kidding Me.

There’s also Effect mode which is all about adding quirks to your single-player experience and comes in four varieties based on your mood. Classic mode has the speed getting faster and gives you a choice of marathon; the best score you can manage in 150 lines, Ultra; the best score in 3 minutes, Sprint; 40 lines in as fast a time as possible, and Master; described as insanely fast Tetris.

If that’s not for you there’s Relaxed Mode where you can try Marathon with no game over and no increasing speed, or you can just relax playing four stages of music and no speed increases. No speed increases is how I get my best scores. Focus Mode is more akin to a Tetris puzzle mode offering All clears with setups, where you have to make a line, combo, or target with every drop. And finally Adventurous mode is puzzles but harder, such as mysterious random effects, like you might see in the coop boss rounds, blocks being introduced randomly, and huge Tetrimino blocks appearing.

Basically Effect mode means there’s a mode to fit every mood, and a mode for every skill level. Where Campaign is quite hard, I genuinely think everyone will find a playable mode in Effect Mode.

Finally for the original game, let’s talk music and light-shows. Every level may take place in a single grid in the centre of the screen, but Tetris Effect creates a light-show of particle effects that slowly but very effectively draw your attention inwards to the puzzling. They also make it a lot more interesting to watch. Dolphins jump in unison with your line completes, city-scapes appear and dissolve away, galaxies spin and settle and whole human and mythological histories play out in shooting stars, silhouettes and shadows. Sometimes it’s a bit new age, but sometimes its glorious. Sometimes its art. Sometimes it’s literally effecting your mind. The player will miss 50% of what’s happening as the effect itself draws their focus to their game.

Music is also a massive component and more impressively used than I have witnessed since the first times I cottoned on to dynamic soundtracks. Every rotation you make, every flit left and right across the screen deciding where to commit your block, is accompanied by notes and plucks and twangs from the track for that level. As you create lines and score points, more and more notes come in, building up layers to the track in the most dynamic way you could imagine. Say a minute or so into most levels you’ll hit ten lines or maybe fifteen lines, and the track will burst into life spilling its chorus out as you are overwhelmed and crush line after line in a transcendent symphony of music, light and gaming.

There is in particular four or five tracks with lyrics and vocals, a couple of which are top-notch dance anthems, (So They Say, World Of Colours and Connected) which if there were any justice would be chart-topping hits. They are that good.

So all that was in the original – but now its ‘Connected.’ Though Tetris is without doubt one of the all-time greatest single player pursuits (even if your brain gets Tetris Effect), its possible its even better competitively. Connected brings local and online competitive multiplayer modes, and coop ones too.

There’s now a one-on-one score attack mode which is just pitting your Tetris skills against one other person and there’s the same again but with classic Tetris rules rather than the new Zone rules. Competitive is at its best in Zone Battle – PvP Tetris with the time stopping Zone mechanic. I had a lot of fun online pitting my Tetris skills against strangers all across the globe.

But co-op was my favourite. Connected mode has you and two other players work together to defeat AI controlled bosses in four-way split screen madness. Not only can you achieve Zone just like you can in single-player, but here it combines all three players grids into one almighty zone. Literally all three screens merge and you are able to drop your blocks in your two neighbouring player’s grids, in order to create lines across all three screens. You take it in turns to drop, so you have to be really fast so as not to piss off the guys in Japan and Croatia helping you out, but it’s a pretty genius system. The first time you put your block in another players grid will blow your mind after 35 years of rigid gridlines.

Just like in any modern online multiplayer, there’s an abundance of ranks to earn and skill tiers to achieve, but they only really come with cosmetic rewards. Everyone has an avatar that can be earned as you play, and though a high avatar (denoting extreme Tetris skill) is a coveted win, its not the same as earning bonus powers, weapons, or modes.

Tetris Effect Connected is likely to divide opinion. Some will not like the music, or will find the light-shows too corny and new age. There’s a free-love hippie sensibility to everything that may not be for everyone. It’s also damn hard, and the same people who were put off by Tetris back in the day, will likely not find much to change their mind here.

It’s also just Tetris. I know to some that will sound like blasphemy, but in a world of AAA games, epic world-spanning stories, choices and non-linear exploration, its hard to argue to spend your time on a block puzzler. Especially if you don’t like it pretty quickly. I found it remarkably easy to put down in favour of something newer, but at the same time more involving than simply putting blocks in place. It’s possible that although Tetris is a cultural icon, its also of its time.

This edition is also missing the VR that so impressed Paul in his review of the original, and it’s possible that really was a game-changer that brought it smashing into the twenty-first century.

If you enjoyed Tetris in the 80s and 90s, if Tetris is the puzzle game from your childhood, then this is an essential download. It should be in your library, and you will lose hours to it, and come out dazed and affected. The fact that for now its included with Game Pass on Xbox One and Xbox Series consoles at launch is just a fantastic bonus. It’ll slot into your gaming library like a line Tetrimino making a Tetris!

If you don’t have fond memories of Tetris or are someone who’s never seen their luggage as a puzzle to be solved by Tetriminos, then it’s likely you’ll just try it a few times and get bored with it. It is the new best way to try the game if you’ve never played before. But for those who crave more than just deeply satisfying block games, then this new edition, even with all its modes, may be short-lived.

Tetris, the granddaddy of all puzzlers, has hit the dance floor in his sequined disco outfit. It’s the best you’ve ever seen him, dazzling, blinding even. He’s dancing with your friend who’s half his age, but the moves he’s rocking are old-school dad-dancing and oh so dated.

Tetris Effect Review – More Than Just A Brick in the Wall