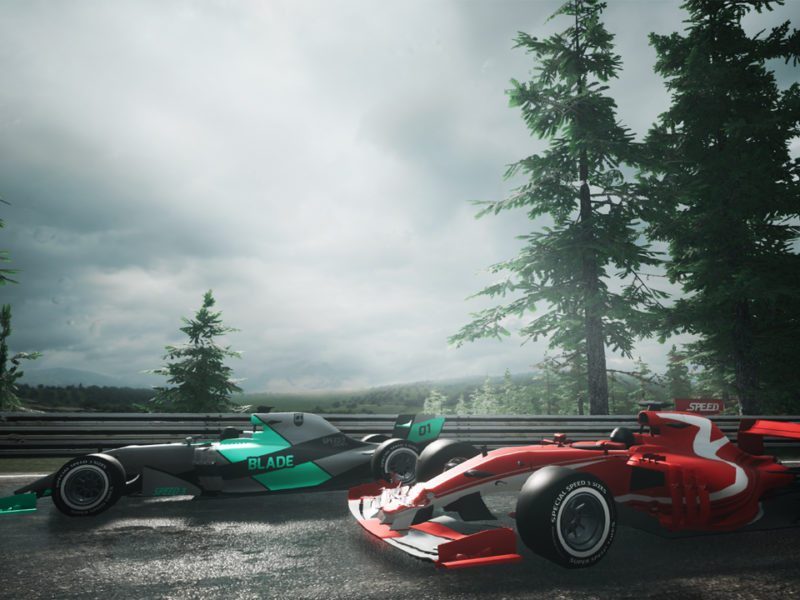 When I first cast my eyes over the Speed 3: Grand Prix trailer, I was immediately interested. I mean an arcade-style Formula One game! What’s not to like? This is something I have always wanted. I like F1 but can’t be dealing with the clinical high-tech and spec set up and vast need for knowledge of cars to really enjoy the more simulator type F1 Games.

So what is Speed 3 then? Well, it’s an all-out arcade racer, where you can choose from a variety of F1 cars. No official licenses though but some of the names do bear a small similarity to their real-world counterparts. Once you have chosen your car, it’s off to the tournament, where you get to race through six different courses varying from desert to rain-soaked tracks to the neon skyline of Japan. There is certainly some variety but are generally they are uninspired and lifeless. (Except for the Japanese course, that looks lovely)

In terms of the actual racing, the goal is simple: get to the finish line in first place. Doing so isn’t down to your technical prowess of videogame driving, it’s more to do with avoiding the other racers. Speed 3: Grand Prix makes a big deal of its destructive cars and no holds barred racing, almost like a demolition derby. Just replace the old Ford Cortinas instead with swish modern F1 cars tearing up the tracks.

As you drive around each course you have an energy bar constantly floating above your car. If you crash into another car or hit the barriers the bar will deplete, resulting in losing a vital part of your car, like a wheel or fin until eventually, you blow up. The trade-off though is that you may have also damaged the rivals car, or taken them out altogether. Sometimes, if you time your crash right you can take-down multiple cars for a combo. It’s frantic, it’s manic, but it’s utterly pointless.

You see, the USP of Speed 3: Grand Prix is the reckless and arcade-style of racing and the explosive take-downs of opponents. However,  it doesn’t give you anything. If you destroy one or three cars in a combo, you don’t get any points or rewards for it. Nor does it have any relevance to the outcome of the race or the leaderboard standings at the end. The only point to the game is to win the Grand Prix by finishing first. So I found through my time playing the game is to just avoid other cars which is really easy.

The car’s AI is too busy trying to show off all the crashing and explosions that they kind of forget they are actually in a race! I completed the season without crashing into a single car and won on my first attempt both on easy and pro. I tried again smashing up as many cars as I could hoping that you would get points for the leaderboard but nope. Nothing. So it’s kind pointless to have the crashing in the first place.

Apart from the tournament, which gives you easy, medium, and hard levels, there is a two-player mode which could be fun as two rivals battle it out on the racecourse. There is also a time trial mode, which is probably the only part of the game that has some kind of point.

You could argue that I’m missing the point but to me, when I’m playing a racer, I want to win the race. Why would I not want to? Why would I want to play the game how it’s intended and lose? And lose you will. Your car is a delicate machine, roughly three hits and it’s destroyed. Once destroyed there is a short pause before you respawn but by then, ten cars could have passed you by so it’s pretty cruel in that respect.

The trouble is, if you take the destruction element away, Speed 3: Grand Prix is actually pretty good, playing like the arcade F1 game I’ve always wanted.  The speed is there and the handling is utterly unrealistic and I love it.

And just like the best kart racers around, there is a leader board that keeps track of your opponents. Not that it really matters because once you’re racing it’s hard to tell one driver from another. After winning your bazillionth race and seeing your name atop of the leader board you are presented with…nothing. Literally nothing. No fanfare, no winning animation, nowt. You are just presented with a message that says ‘press X to return to the main menu’. So there are no rewards for winning, no new cars to unlock, no new drivers or courses to play. Not that you care if a new car is unlocked as they are all exactly the same. There are no speed, acceleration, or handling stats for you to choose from. No automatic or manual gear choice. Bare bones is the word.

It would make more sense to me to get a score for destroying as many cars as you can with the combo score adding to the points you get for your finishing position. At least then it will give you a reason to kamikaze yourself into other cars.

It’s not a long game either, with six tracks per tournament on beginner. There are more races in the pro tournament, but oddly you race for two laps on one course, then you race 5 laps of the exact same course. What an utterly cheap way make the game last longer. Why not just have seven laps?

So Speed 3: Grand Prix could be a fun F1 arcade game if you take away the game’s main selling point. It would have been a nice spiritual successor to Virtua Racing, but only if you don’t play the game as intended. You can have some fun bashing up other cars but it’s all rather pointless so it kinda makes this nothing more than glorified dodgems.

Speed 3 is available now on PlayStation 4 (reviewed on), Xbox One, Nintendo Switch and PC. 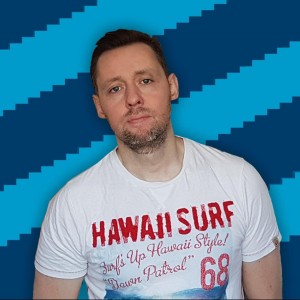