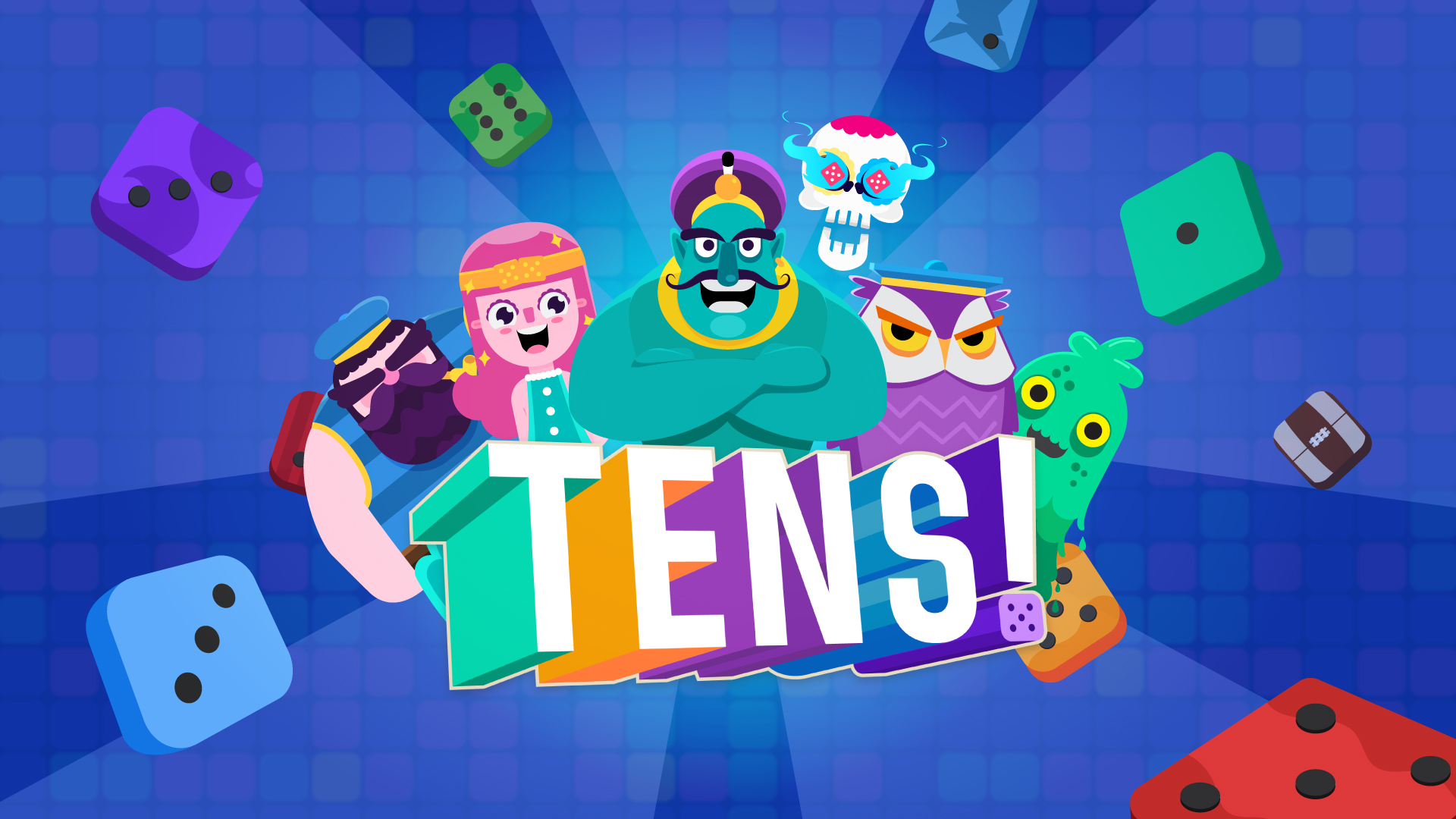 The mobile game TENS! comes to Nintendo Switch and it’s a much more enjoyable product this time around. The Finger Guns Review.

The mobile game TENS! comes to Nintendo Switch and it’s a much more enjoyable product this time around. The Finger Guns Review.

It’s incredibly rare to play a game that was originally developed as a free-to-play mobile game that, once it has been ported to a console, doesn’t have that whiff of freemium all over the game design. Fun-pain games design tenets can run deep and can still feel prominent once all the adverts and microtransactions have been removed. TENS! (I’m not going to stylise it from here on out) is a puzzle game that manages to shed itself entirely of its free-to-play origins in the port to the Nintendo Switch. Kwalee’s Sudoku meets Tetris puzzle game on Switch feels nothing like the mobile version, in fact, and it’s much better for it.

Tens is a puzzle game that borrows a little from Sudoku and a little from block matching games like Mean Bean Machine and blends them together. Each game of Tens is set on a 5 x 5 grid. The game then presents the player with dice faces in either single, double or L shaped triple shapes that can be spun around and then placed on the grid. If the sum of the 2-5 dices placed in each lane of the grid, either horizontally or vertically, totals up to exactly 10, those dices are removed from the board and added to the players score. It’s such an ingenious concept that’s instantly intuitive and a whole lot of fun.

There’s depth to the play here too, if you go looking for it. There’s no penalty for loading up a row with more than 10 dots. Instead, this can be a strategy to enable massive clearances. Say you have a horizontal line with 12 dots but you manage to complete a vertical 10 line that contains a 2 where the two lines intersect. As this line of 10 clears, it will reduce the 12 line to 10, clearing that line also. Getting combo and multi-lines increases your score. There’s a thrill to clearing 4 lines with a single tile.

This thrill is partially related to the game play but also in the tactility of the game’s presentation. There’s a lovely clean “plink” when completing lines and an equally pleasing sound effect as you watch each dice join the score. This feels ever more grandiose with multiple clearances. The tone of each line increases and this move is met with screen wide congratulations messages. The game is backed by a soundtrack that’s pitched nigh on perfectly. It’s the kind of music that isn’t too intrusive, complementing the feeling of the rest of the game without setting a tone itself.

The main meat on the bones of Tens is the Adventure mode. Here you play through a series of 70 levels, one after another, that come in 2 flavours – normal and boss battles. In each normal level, the aim is to hit 3 particular score levels, each of which will award one of the 150 stars available in the game. While that begins simply enough with standard 5 x 5 grids, things start to heat up as you progress. This is because special spaces get slowly but steadily introduced into the grid. Arrows that send a dice in the direction they’re pointing, fire icons that destroy any dice played on top of them, permanent die faces that need to be played around, void spaces that can’t be used and more all start to steadily increase the complexity. The difficulty does certainly rise but it never becomes insurmountable or frustrating. Because there’s no time limit or pressure in the normal matches of the Adventure mode, these can be taken at leisure.

The boss fights? They’re a different story. Tens has 10 biomes you travel through, each of which has 7 levels. Twice during those 7 levels will you fight a boss – on the 4th and 7th mission. These boss levels see the player take on a 5 x 5 grid on the left of the screen and the boss character take a grid on the right. This is a head to head match using the same mechanics but with a twist – each line cleared by pulling together a Ten adds random blank tiles to the opponent’s board. As these matches roll on, they can become quite challenging. Clearing these blank tiles as part of a line of 10 is imperative as the 3 dice L shaped pieces can become impossible to place. When either opponent can no longer place their active piece, the game is over and the other player wins. While these boss battles aren’t exactly difficult, they can raise the heart rate later on.

The Multiplayer mode in Tens operates in the same way as the boss battles in the Adventure mode. Each player takes a grid on either side of the screen and they dice it out to see who can edge out their opponent. It’s a cool mode, if a little limited. It might have been nice to be able to add some of the space modifiers like in the single player content. Alas, you cannot.

The other mode in Tens is an endless mode that is exactly what it says on the tin. You play until you can’t any longer. This mode has no time limits, no pressure play and persistent progression. Leave the mode and come back later and you’ll find all the tiles you’ve placed and haven’t cleared previously present and correct.

As you play Tens in any mode, you gain experience. This experience is tracked and when you’ve earned enough, you’ll level up. Every level or so, you’re awarded a new style for the dice. Some of these are garish, some of these are harder to read than the starting default dice, some are really quite beautiful as far as dice designs go.

For almost all of my time with Tens, the game has run perfectly on the Nintendo Switch. The only issue I’ve encountered – and this is hardly worth writing about – is that a hand full of the dice freeze in shape half way through the animation of placing them. This means they’re a little off kilter. This doesn’t affect the game play in any way.

I’ll be honest, I didn’t enjoy playing TENS! when I played it on my phone. The free-to-play mechanics were so aggressive, even demanding the player watch an advert simply to rotate a piece, that it hid the inventive mechanics beneath. With this Switch version, the free-to-play elements have been entirely removed, those intelligent mechanics laid bare and the astute combination of classic puzzle games that Tens is comes to the fore. I’ve found this game’s chilled vibe to consume any free moment I have. Bus rides, advert brakes, those moments before falling off to sleep. It’s a game I can put 60 second or 60 minutes into and it’s fun either way.

A few barely noteworthy technical hiccups and a multiplayer mode that could have been a little more than it is are the only marks on an otherwise absorbing and ingenious puzzle game. TENS! on Nintendo Switch is totally unlike the mobile version and it’s all the better for it.