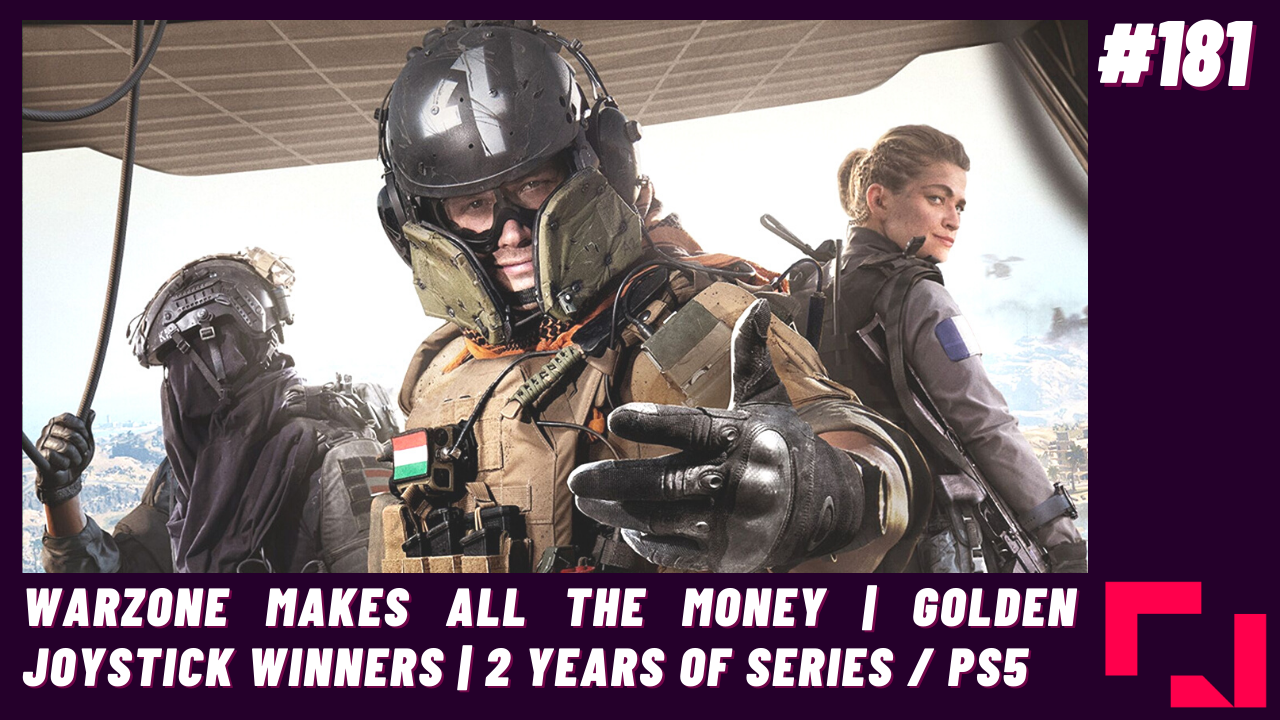 'Make no mistake, Phil Spencer would have your nan for a Game Pass exclusive....'

This week on The Finger Guns Podcast Rossko, Miles and Josh are back together once again to get through the week’s news and as there isn’t a whole lot of it so we talk about Call of Duty instead.

Well, as we keep up with the Golden Joystick award winners announcements throughout the podcast (Elden Ring for best multiplayer? Eh?), the gang discuss the ridiculous success of Warzone 2.0 and what it could mean for the future of the Royale, our own opinions on the game itself after jumping in together this week and more talk about the ongoing Microsoft / Activision acquisition saga.

They offered ten years to PlayStation for CoD, would they accept? We have no idea. But we speculate either way what it could mean for both companies.

Elsewhere it’s been two years since the release of the Xbox Series duo and the PS5 released, so we give the systems a thorough going over about where they stand and what we’ve enjoyed or not about them so far. With Xbox throwing their money around – with seemingly very little return just yet – and Sony banging out AAA after AAA, the two companies have gone down very different paths in the hope to grab your attention this time around.

We discuss whether or not we see a future in either method and when we can expect Xbox to actually start living up to the cheques they’re writing developers. Starfield has a hell of a lot on its shoulders.

There’s also Game of the Week, where Miles talks the brilliant Evil West, Josh gets hyped for Ship of Fools and Rossko digs into his backlog to get a little further in Horizon Forbidden West and talks the brilliant Once Upon a Jester, which you can pick up on Steam right now.

Josh also turns up with a Game Awards themed quiz which you won’t want to miss and there’s the latest on Miles’ Saturnalia/Only Fans venture. It’s quite the episode.