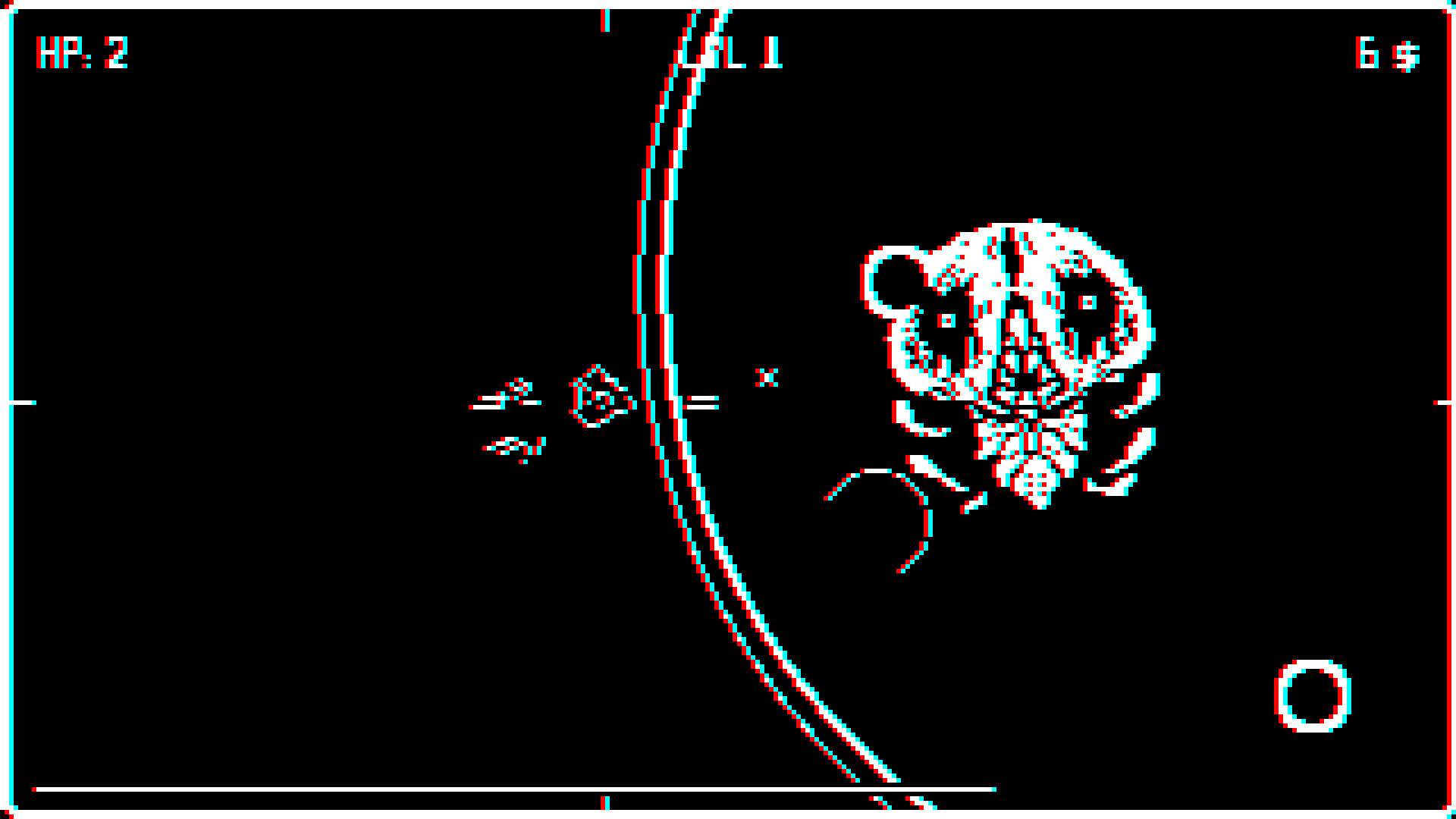 You may see from the screens shots scattered though out this review, that Null Drifter is a simple looking game. Visually, it’s something that harks back to the days of the ZX Spectrum. Thankfully that’s all that’s been recreated from the days of 5-minute loading times. This game is fast and will put your trigger fingers and reflexes to the test right from the off.

Null Drifter is a twin-stick shooter, essentially, but plays more like Asteroids than Smash TV.  It’s a simple concept and has an equally simple control scheme: shoot, move and dash. The idea is to clear each short level of foes before facing off against a random boss. To help you on your way you can collect power-ups like extra lives, damage and rate of fire increases. It’s all very textbook, yet still fun. The one element that adds some strategy is the dash move. If you have ever played Resogun, this dash works in the same way. Hit the button to dash as short distance while also making you invincible. It’s this trick that’s the key to getting further in the game.

As you shoot your way across the universe (I assume it’s set in space, there is literally no story to keep you posted on such matters) enemies drop coins. Collect these coins and you can power up in the store before your next playthrough. These permanent upgrades include dash duration, fire rate, ship stamina and so on. This levelling up system gives the game surprisingly modern twist in what is clearly a retro-inspired game.

Given the nature of needing coins to upgrade, when you first start the game it is as hard and nails as you desperately try to save up enough coins to upgrade your ship. Conversely, once you have permanently levelled up, the game gets a lot easier, making each playthrough attempt more fun as your confidence grows.

Among the weapon power-ups, you can also unlock different colour palettes if black and white monochrome isn’t your flavour. Some are visually pleasing, others will just make your eyes vomit. Nice, if a bit of a pointless touch.

When I saw Null Drifter, I was looking forward to playing a game that harked back to the days when I was a newbie at gaming. The graphics did conjure up a sense of nostalgia that I always like. But once you start playing you realise that, sure it looks like a Spectrum game, but also suffers from the same flaws as Sir Clive Sinclair’s magnum opus. When the screen gets busy you really can’t see a damn thing. Power ups, coins, enemies, laser fire just coagulate into a horrible mess of pixels.

However, Null Drifter is a fun game for a short burst of chaos and has plenty of good points with the dash mechanic and the various power-ups. However, give the game thirty minutes or so and you’ve pretty much seen all it has to offer. If your eyes can somehow translate the flurry of pixels on the screen, you’ll have fun unlocking the trophies, something you seem to win after every bullet fired. Null Drifter is a simple, fun, but ultimately shallow shooter, which is fine if you want a quick blast.

It’s probably more suited to the portability of the Switch.

Null Drifter is available on PS4 (reviewed)) Xbox One, Nintendo Switch and PC

Q.U.B.E. 2 Review – Smart But Short
Otterman Empire (Xbox One) Review – SplOtterman
Warborn (PC) Review – Hex Gonna Give It To Ya