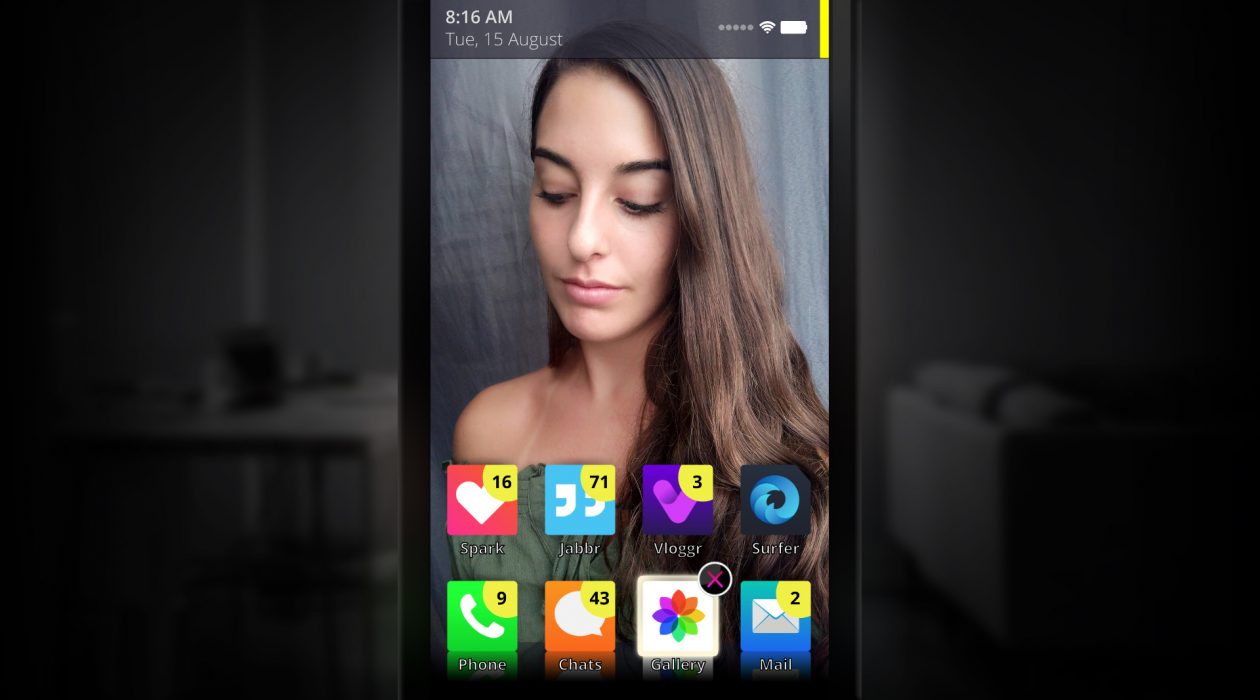 The found phone investigation game SIMULACRA hits PS4 and other consoles, but it loses a little something in the transition. The Finger Guns Review.

To start, a funny story. I first played SIMULACRA in 2017 while I was visiting a game expo in London. I was there alone for a few days and had forgotten my PSVita, so I went on the hunt for something to play on my mobile. I stumbled over SIMULACRA on the Play store and it immediately sucked me in. When I wasn’t at the expo, I was playing SIMULACRA. It was when I was playing it on the tube that it happened – the woman next to me nudged me in the side and asked me to remove my headphones, so I did. “Is that your phone?” she asked. I said “Yeah” a little confused by her question and went to put my headphones back in. Before I could do so, she nudged me again and said “I don’t think that’s your phone”. This is when I realised the people either side of me and from across the aisle were eyeing me up suspiciously. Then it clicked – I’m playing a game that replicates a phone’s user interface so well that to them, it looked as though I was trying to break into someone else’s phone. I’d nonchalantly been trying to guess a pin on this game in plain view of everyone around me and to them, I was trying to break into some woman’s phone. I explained, which was no easy feat given that “I’m playing a game about trying to solve a mystery by nosing around someone’s phone” sounds like a terrible excuse a thief would make up. I finally managed to defuse the situation and avoid a public lynching by showing them the game and my actual phone screen once it was shut.

That was one of the main selling points for SIMULACRA for me. It perfectly replicated the feel of using a phone, right down to the Android button placement to go home or return. It was so good, it managed to convince a bunch of strangers that I was a thief trying to bust my way into someone’s phone. In my 2017 review I said “There’s a lot of thought provoking points packed into this game, all of which are uncomfortably realistic, which combined with its Black Mirror-esque supernatural plot devices makes for an enjoyable time killer” and that’s still true. Unfortunately, some of that charm is lost in the port to consoles. Don’t get me wrong, the game is still enjoyable but without the tactility of having it in your hand and having it look like identical to a phone UI, it’s one extra interface removed from my original experience with it.http://web.archive.org/web/20200613134204if_/https://www.youtube.com/embed/NOwrO1vIUFk?feature=oembed

SIMULACRA is a “found phone” game which has you play as…well…yourself. You’ve somehow come in to the possession of a mobile phone and as you try to unlock it, it becomes immediately apparent that there’s something off with this handset and you’re treated to a truly chilling video. It’s of a woman, Anna, and she’s in some kind of trouble but she pleads with you “don’t try and find me”. The phone then reboots and the mystery begins. What has happened to Anna? Why doesn’t she want to be found?

Anna’s phone, her messages, pictures, video blogs, social media posts all give you a glimpse into her life and you have to use these, in conjunction with conversations via text and messaging apps with supporting characters, to discover her fate. SIMULACRA plays on the players existing knowledge of mobile phones to make this into an ever developing puzzle. Need a pin code to get into Anna’s emails? Maybe there’s something in her phone that could give you the answer.

On top of the phone based mysteries, there’s ‘malfunctions’ to deal with. Some text messages are broken and in order to fix them, you have to piece them back together in the right order from a selection of words. There’s capital letters and full stops to help you with the start and the end but you’ll often have to read the context of the conversation to figure out the rest. Some of her images are also broken, here you have to choose from a number of layered versions of the corrupted image in order to complete them, like a jigsaw that has to be done in a certain order.

The plot to SIMULACRA has you interact with a number of other characters from Anna’s Ex, her friend and a guy she met on a dating app. These conversations, entirely via text (because calls can’t be completed thanks to your broken handset) feel truly realistic. Complete with delayed replies, typo’s and dodgy grammar, these conversations feel very real and help build a lot of immersion in this mystery.

Without spoiling it, SIMULACRA takes some very peculiar twists and turns that I’m not sure you’ll ever see coming, even though they’re telegraphed from very early on. The ending will be divisive – that’s all I’ll say. The game also has some pretty smart social commentary on dating apps too. You can ‘match’ Anna with new dates on the in-game app and some of the conversations you’ll have are just like those you’ll have seen plastered all over Twitter.

One smart thing SIMULACRA does is with its sound. There’s no background music and if you’re sat still, the game will be mostly silent – but occasionally a random sound effect will pierce that silence to great effect. It might be just a sigh or a cough but when you’re in the most tense sections of the game, these can be quite startling.

If you’ve played the game on PC or mobile before, there’s nothing new for you to find in this console version. There’s still 5 endings. There’s still some truly weird stuff going on. In the console version, the sides of the screen contain blank space either side of the mobile screen that’s situated at the centre, just like the PC version.

It’s here, without the benefit of touch screen or mouse control, that SIMULACRA loses a little of its charm. Instead of being able to press individual buttons themselves, console icon’s appear on screen to prompt you to press them. It’s likely the only way that this game would fit with a controller but I think, despite how clunky it might have felt, it might have been better to add a cursor to the screen which you could move and use.

SIMULACRA on PS4 is my least favourite way to play this creative, well written FMV/Puzzle game. If you’re into mysteries, there’s a decent one to unravel here but the control and interface feel at odds with what made the mobile version quite special. Still, there’s decent replayability with 5 endings to unlock based on your choices and if you’ve not experienced this game before, it’s worth a look. Especially as SIMULACRA 2 is appearing on the release horizon…