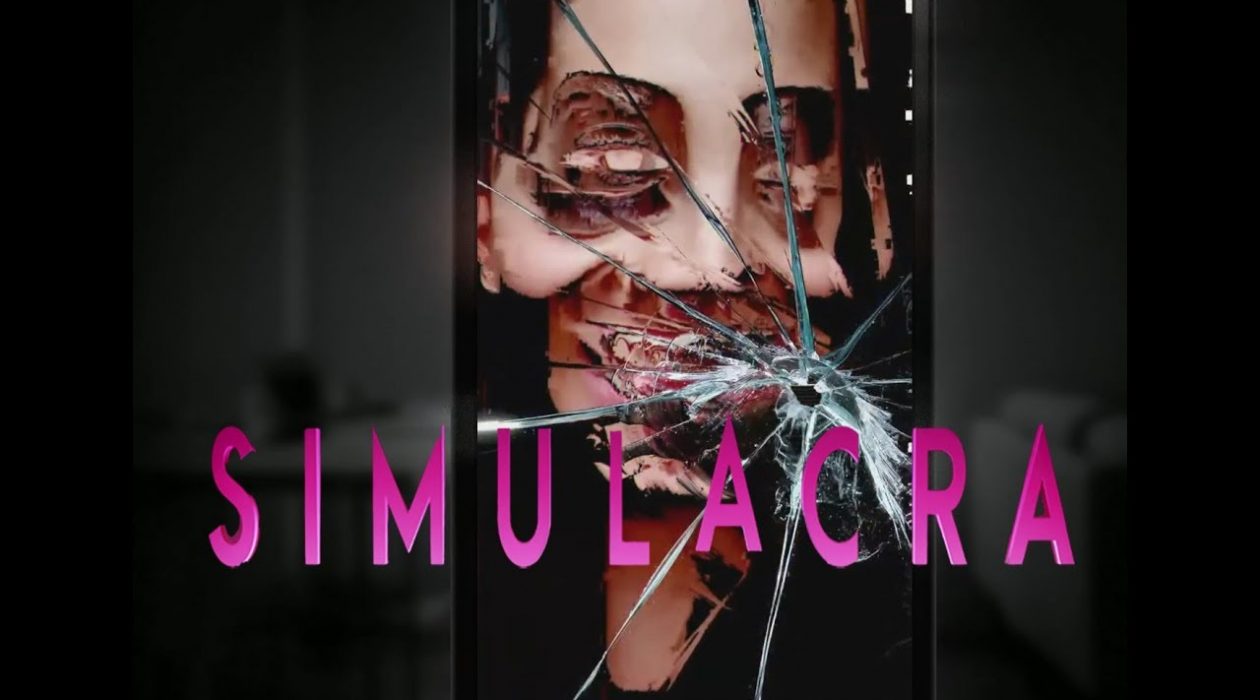 The “found phone” video game genre has been exploding over the past 3 years. From the frightening Night Terrors to the progressive A Normal Lost Phone series, the genre taps into human curiosity by presenting you with the contents of a phone and asks you to play digital detective as you snoop through the contents to solve a mystery. ‘Simulacra’, the spiritual successor to SIM: Sarah is Missing, is one such found phone from developers Kaigan Games that has a lot to say about online privacy, dating apps, toxic relationships and the difference between our real lives and our online personas. Oh, and it’s also deeply, deeply unsettling.

The premise; You’ve somehow come into possession of a phone and it’s immediately apparent that there’s something very wrong with this particular handset. Before you can interact with anything, you’re met with a chilling video of the phone’s owner, Anna, who is in serious distress but begs you not to try and find her. As it finishes, text messages, emails and DM’s across a dating app start to pour in asking the same question – “Where’s Anna?”. Speaking to her ex-boyfriend, her best friend and a potential suitor on a dating app, you’re then challenged to find Anna using nothing but the contents of the phone. Pictures. Websites. Emails. Apps. Videos. Tweets. Phone calls (although decidedly one sided as they are because you’re unable to speak to the caller) – you need to scour through the digital jigsaw pieces of Anna’s life to find out what happened to her. Need to pass the “forgotten password” verification checks to break into an app? Search through your emails and texts for the answers. Need to find a phone number? Maybe it’s time to search a website or look through the gallery of images. The ‘puzzles’ in Simulacra are well orchestrated but might require you to have a note pad and pen handy at times.

I won’t spoil any more of the plot because this is a game that’s best approached with as little knowledge of the narrative as possible but there’s a lovely ebb and flow to Simulacra as it guides you through the motions. Conversations with other characters are very well written and feel realistic. There’s a beautiful elegance to the dialogue, giving you a good sense of who each person is, their motivations and their personalities – even down to each individuals repeated typos and use of emoji’s. As the plot progresses, a number of different theories arise regarding the disappearance of Anna, pointing the finger at characters who all have their own faults and possible drives. Who you trust and who you work with is up to you as the game gives you multiple choice conversation replies to help you reach one of 4 potential endings, all with a supernatural tinge. The plot does peter out shortly before the credits role on half of these endings, leaving you a little unfulfilled with the outcome. Thankfully there’s a “Begin+” mode that lets you replay the game but with the speed of the game drastically increased which means you can explore other dialogue options and endings.

Underneath the hunt for Anna is a myriad social commentary within Simulacra. Browsing through the Spark chats that Anna has had with matches are face-palm inducing messages you often see go viral on (the real) Twitter but are common place for women to receive in the real world e.g. “If you sit on my face, I will eat my way to your heart”. Super cringe and also, super real. There’s also a thread about sexual harassment in the work place that’s powerful and infuriating both in the way that it begins but also how it’s dealt with. Another interesting addition is a personal Vlog recorded by Anna in the months before her disappearance which combines with everything else on her phone to help build a relationship with her via what she has left behind.

When booting the game, Simulacra recommends you play it wearing headphones and for the game to have the full effect, that’s absolutely advisable. Tying in with the supernatural element of the game, there’s some jump scares and some atmospheric noises that add to the unsettling nature of some sections of this game. The jump scares are never as rote as the scares you’ll find in similar games – they’re untraditional in that sense – but they certainly keep you on your toes. The one aspect of the audio I wasn’t overly convinced by was the voice acting of one particular character. It felt over performed and a little too on the nose to give this person an abrasive personality. Every other performance, however, is very convincing.

An interesting aspect of Simulacra is that certain messages and images within the phone are corrupted. To view these things, you need to repair them. For images, this involves playing a small mini-game about selecting the correct layers from a set of 9 which will recreate the phone and cover up any corrupted squares. For text messages, you have to recreate the message by putting the words back in order – the vast majority of these are flawless but there were a few that, in order to make it easier for the player, adopted proper sentence structure and abandoned the syntax of the character the message is from. They’re usually easy enough, giving you the Capital letter and full stop to identify the endings, but 2 of them felt a little out of place. A small niggle but a niggle nonetheless.

One of the things that makes Simulacra stand out from the other Found Phone games is how realistic the phone set up is. Unlike a lot of these types of games that decide to create their own OS for the player to explore, this game’s presentation is almost identical to that of an Android phone, even down to the way the apps interact and display themselves. There’s a Twitter app called Jabbr, a dating app called Spark, Chats that look like Whatsapp and an email inbox that might as well be my own (junk mail included). The phone set up look so real that while I was playing this game on the tube to go too and from EGX Rezzed, people actually stared at me in disbelief as if I was actually trying to hack into someone’s Twitter account (true story). There’s even some intended slowdown of the way apps perform later in the game which is really effective.

As Found Phone games go, Simulacra is one of the better ones. The dialogue is well implemented, the puzzles all play on the players in-built knowledge of how mobile phones work and there’s this disconcerting atmosphere to the whole experience. By the time the game shows its hand, Simulacra has built up then burnt bridges with many of its supporting characters in the search for Anna, a woman who’s digital presence you’ll come to know intimately through the trials and tribulations displayed in her phone. There’s a lot of thought provoking points packed into this game, all of which are uncomfortably realistic, which combined with its Black Mirror-esque supernatural plot devices makes for an enjoyable time killer.

Disclaimer: In order to complete this review, we purchased a copy of this game. Please see our review policy for more information.