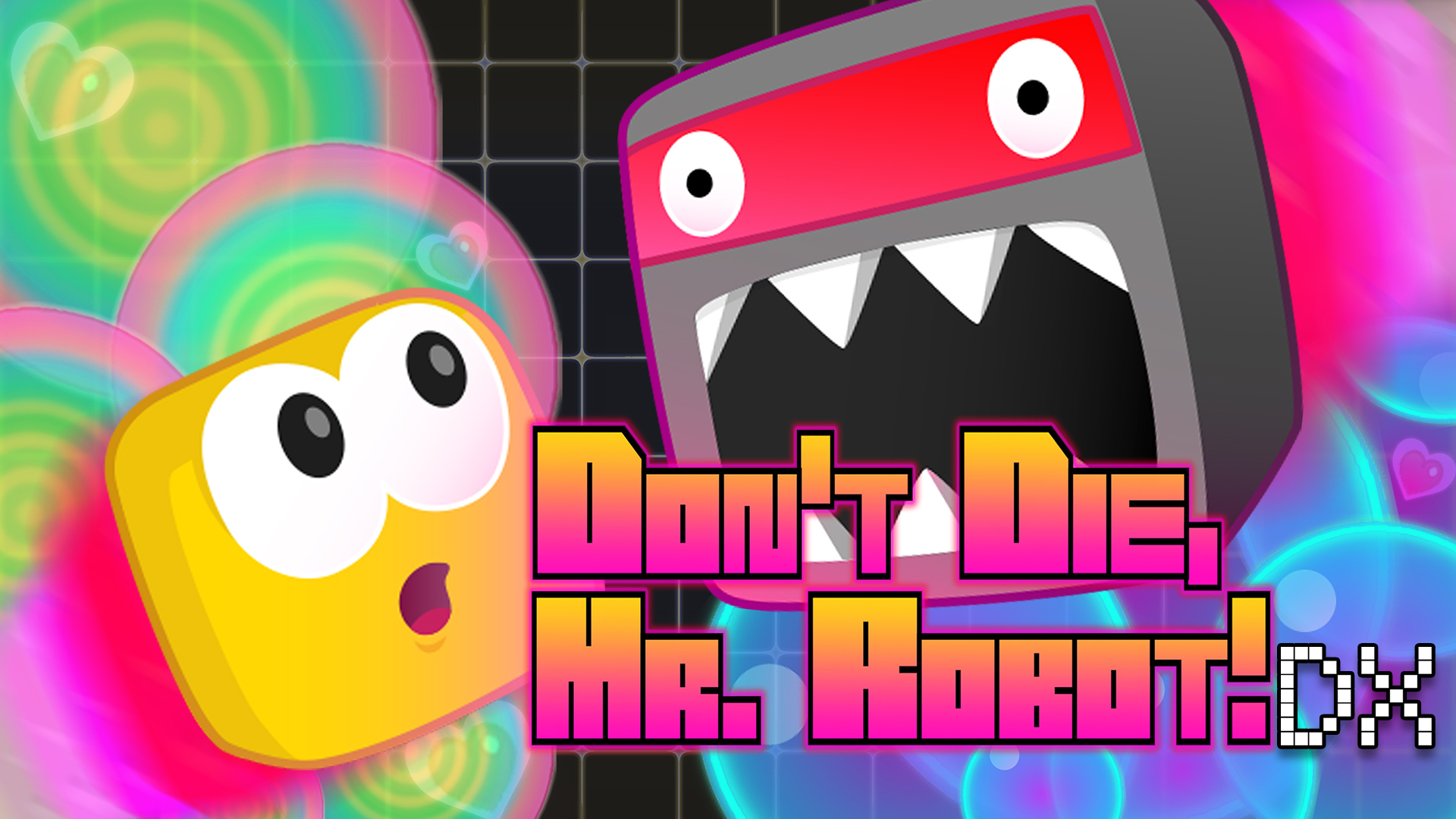 A long time ago back when us lot at FNGR GNS were working on a PlayStation exclusive website, Sean waxed lyrical about an odd little Vita puzzler called Don’t Die Mr Robot!. I’d love to link you to that review but sadly the website no longer exists. He would proclaim to us all that we’ve finally come across a puzzler with a straightforward mechanic that could rival the likes of Pac-Man and Tetris in the pantheon of classic genre examples. I was always somewhat cautious so I hadn’t even considered that he could be correct. Still, nearly four years(!) later, Infinite State Games’ DDMR! has found its way to the almighty Nintendo Switch and as such, brings along a somewhat heavy level of expectation with it. Especially to me, purely because I had never played it until now.

Turns out, it’s an absolute blast.

So what’s the deal? Well DDMR! puts you in the feet (square box?) of a little yellow robot that’s cute as all hell and you’re tasked with avoiding damn near everything that comes to attack you on screen. Wave after wave of enemies come hurtling at you from all corners and you simply have to get the hell outta the way, lest they take you down with a single hit. All you have in your arsenal is fruit that you collect and for some reason explodes these enemies that are unfortunate enough to be within its vicinity into tiny little yellow coins that you collect in order to spend on shiny upgrades in the games shop. This will allow you to stay alive a little bit longer – we’re talking like, seconds – and increase your high score the longer you’re able to keep Mr. Robot alive amongst the chaos.

It’s not easy, and the game is very much aware of how much you’re going to initially suck at it. With a voice that rivals GLAD-OS for pure villainy (‘Try not to die. Spoilers – you will die’), it’s not a simple puzzler by any stretch of the imagination, though the mechanics are straightforward enough that you assume that next time you’re going to power through your additional playthroughs and when you finally hit those dizzying high scores it’s a hell of a rush. The mastery of the mechanic is the surprising depth, the enemies that pile together allowing you a split second move to collect fruit nearby, allowing you take them out racking up spectacular combos that elevate your high score. It’s cliche I know but the more you play, the more you’ll succeed and you shouldn’t get put off by early attempts. DDMR! wants you to keep trying and you’ll eventually kick ass without even thinking about it. It’s just the right amount of frustration and reward and that’s what makes the game so damn addictive.

Away from the Arcade Mode you’ll be able to jump into a Remix mode, where you can earn trophies by your skills in 50 different challenges. They go from easy to horribly difficult in a matter of jumps so you’re going to want to brush up on your skills before you tackle the more intense modes. The differences in each level is subtle, making you play the game in a different way each time, though the differences make the mode worth jumping into should you feel like you need an alternative challenge away from the main mode.

There’s also a Time Attack mode and a welcome Chill Out mode when the experience is a little more relaxed, though still tough as balls. They’re just more chill about it, wouldn’t you know.

DDMR! in the past has been criticised for its presentation and whilst I’m not going to jump on a bandwagon it’s fair to say that the game isn’t going to be blowing anybody away with its visuals. Though the Switch version has offered improved visuals, brand new artwork and some new music, it still looks and sounds a little straightforward. I’m an absolute champion of gameplay over visuals, though the UI is as basic as you could ever imagine and the enemy designs are generic.

Whilst this doesn’t ruin the fun at all, though it would have been nice to see a little more of a refresh for this new release. Whilst it still looks better than some puzzlers on the eShop, there are plenty that look far better and unfortunately screenshots won’t do this game justice.

There’s plenty to love about Don’t Die Mr Robot!, especially now it’s on Switch which seems a natural fit for ISG puzzler. I’ve been playing it all week as I travel and I’ve thoroughly enjoyed it. I just want to apologise to Mr. Robot as I’ve murdered him many, many times.

Still, he knew what he was getting into.

Disclaimer: In order to complete this review, we were provided with a review code from the developers. For our full review policy, please go here.

Nacon RIG 500 Pro HC Gen 2 Review - Surround Yourself
Sherlock Holmes Chapter One delayed on PS4 and Xbox One.
Journey of the Broken Circle Review - Thomas Was A Circle