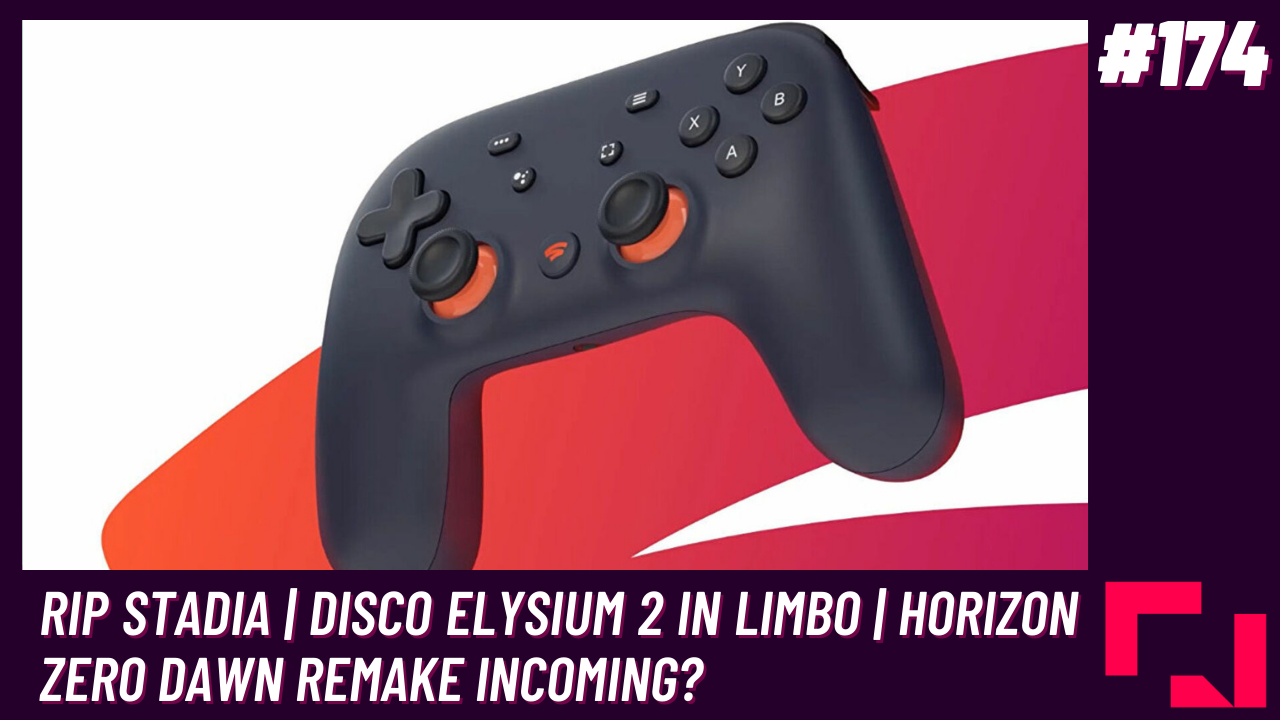 '....anyone who knows me knows I hate Zach Braff with the power of a thousand suns, but...'

This week on The Finger Guns Podcast Rossko, Kat, Miles and Sean get together to talk the week’s big news, starting with the inevitable death of Google Stadia. After the announcement this week that Google will be pulling the online-only service in January of next year, we talk what went wrong, what Google didn’t do well (and also what they did), what they could have done to save the service and, most crucially, how the developers had no idea this was happening until Google announced it. It’s an entire cluster of bad times all round, and we break it down for you as best we can.

Elsewhere we talk the fallout of leadership heads at Disco Elysium studio ZA/UM which lead to them ‘involuntarily’ leaving the company, leaving the sequel without its original creators. Where does this leave the new game? Are fans going to be as excited without their voices attached?

As we were recording there was also some breaking news regarding a remake of Horizon Zero Dawn, which may be arriving on PS5 in the near future. There’s nothing confirmed yet, but it looks like this rumour is building up steam amongst the press who have corroborated the information. We shall see what happens. Also, the Horizon board game is apparently really difficult.

Finally we each discuss what we’re looking forward to playing before the years end, there’s still plenty of gaming to be had even if Miles is still refusing to play Gotham Knights. You know he will. We all know he will.

And of course there’s the usual Game of the Week with chats about The Fridge is Red, the console version of Let’s Build A Zoo!, Unknown Number and, erm, Paw Patrol: Grand Prix. Yup. It’s really good, you guys.