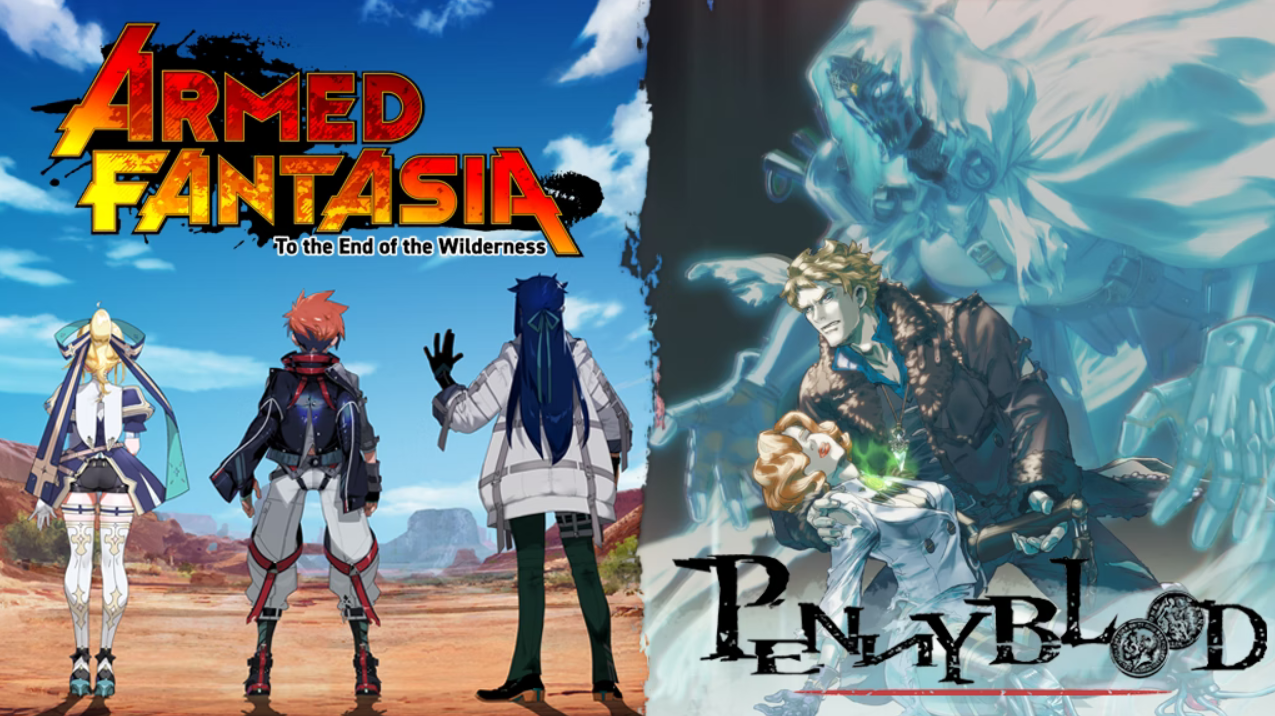 All the JRPG Trailers and News from Gamescom 2022 and the surrounding events!

Another few weeks, another few JRPG announcements. Here at Finger Guns we like to keep you up to date. We’ve had Gamescom come and go without all that much in the way of JRPGs, but outside of the main event, there’s been revivals and trailers galore, including the spiritual return of Shadow Hearts and Wild Arms. So let’s get into it. Next week, Tokyo Game Show!

First up is Mato Anomalies, a turn-based JRPG announced for PlayStation 4, PlayStation 5, and PC, that’s a cross between Persona and a noir detective tale. Mato Anomalies takes players on a journey across a fantasized neo-futuristic version of a bygone oriental city. Take control of two stories, with private investigator Doe and rift exorcist Gram to investigate strange anomalies around the city, or venture into rifts to battle demonic abominations determined to bring about the city’s downfall. All we know of the release at the moment is its slated for 2023.

A reborn remake of the incredibly well-regarded mother of all grid-based tactics games, Tactics Ogre. If you’ve never had the chance to play it before this will be the biggest and best release so far, coming to PlayStation systems and Nintendo Switch on November 11th 2022. Check out the trailer if old school tactics is your bag.

Not one, not two, but three brand new trailers for Star Ocean, and expect more to come. Mission Report 2 highlights the incredibly diverse combat and story implications of DUMA a sentient AI combat drone that you really have to watch to understand. It’s inclusion is making Star Ocean really stand out. At the same time two new character introduction trailers have been released for Elena, and Albaird, and because we didn’t include them in a previous post, I’ve also linked the original two character trailers for the two leads, Raymond and Laeticia. Feast on the Star Ocean abundance before you!

…and then came Gamescom!

Kickstarter is going to become a theme now. One of the most successful game Kickstarters ever, Eiyuden Chronicle Hundred Heroes is back with a full on gameplay trailer for Gamescom. The spiritual successor to the wildly popular Suikoden from PS1 era, is shaping up nicely and now coming Day One to Xbox Game Pass. Pixelart never looked so good! Check out the trailer below, and promise of more in two weeks at TGS.

Nintendo hosted what it called a Nintendo Treehouse event – a live stream gameplay demo of Harvestella, Square Enix’ answer to Stardew Valley or Harvest Moon. There’s a massive 21 minutes of gameplay to watch if you’re looking forward to this one, and the stream shows off everything you could want to know, from combat to story, from companions to harvesting. Harvestela is due for release November 4th on Nintendo Switch and PC.

Check out the trailer below, I beg you. Armed Fantasia is one part of a two-part Grindhouse Kickstarter campaign – but far more importantly its the spiritual successor to Wild Arms and designed and written by Akifumi Keneko, the mind behind Wild Arms! The animation and character designs on display are just awesome, some of the best looking anime characters in a combat scenario I’ve seen since Scarlet Nexus last year. Get on the Kickstarter if you loved Wild Arms and pledge – but don’t worry the Kickstarter was fully funded in the space of a day!

And yeah, you guessed it, here’s part two of that same Kickstarter campaign, Penny Blood. This time its the spiritual successor to the wonderful Shadow Hearts series on PS2 involving the same writer and director Matsuzo Machida! Again, beautiful character design, and amazing graphicsin this much darker brooding JRPG offering. Get on the Kickstarter if you loved Shadow Hearts and pledge – but don’t worry the Kickstarter was fully funded in the space of a day!

Announced last year during Steamfest, Jack Move is a pixel-art turn-based cyberpunk RPG that appeals to the long-dormant lover of 80s anime in me. We’re talking the era of fun expressive madcap anime like Gunsmith Cats and Bubblegum Crisis, not your super serious stuff. Check out the awesome animated below! You can download it on September 8th for PC via Steam and September 20th for PlayStation 4, Xbox One and Nintendo Switch.

Waking (Xbox One) Review – Hit The Snooze Button
The Pillar: Puzzle Escape Review (Xbox One) - Can I Get A Witness?
Golf on Mars Review – A New Spin On A Classic