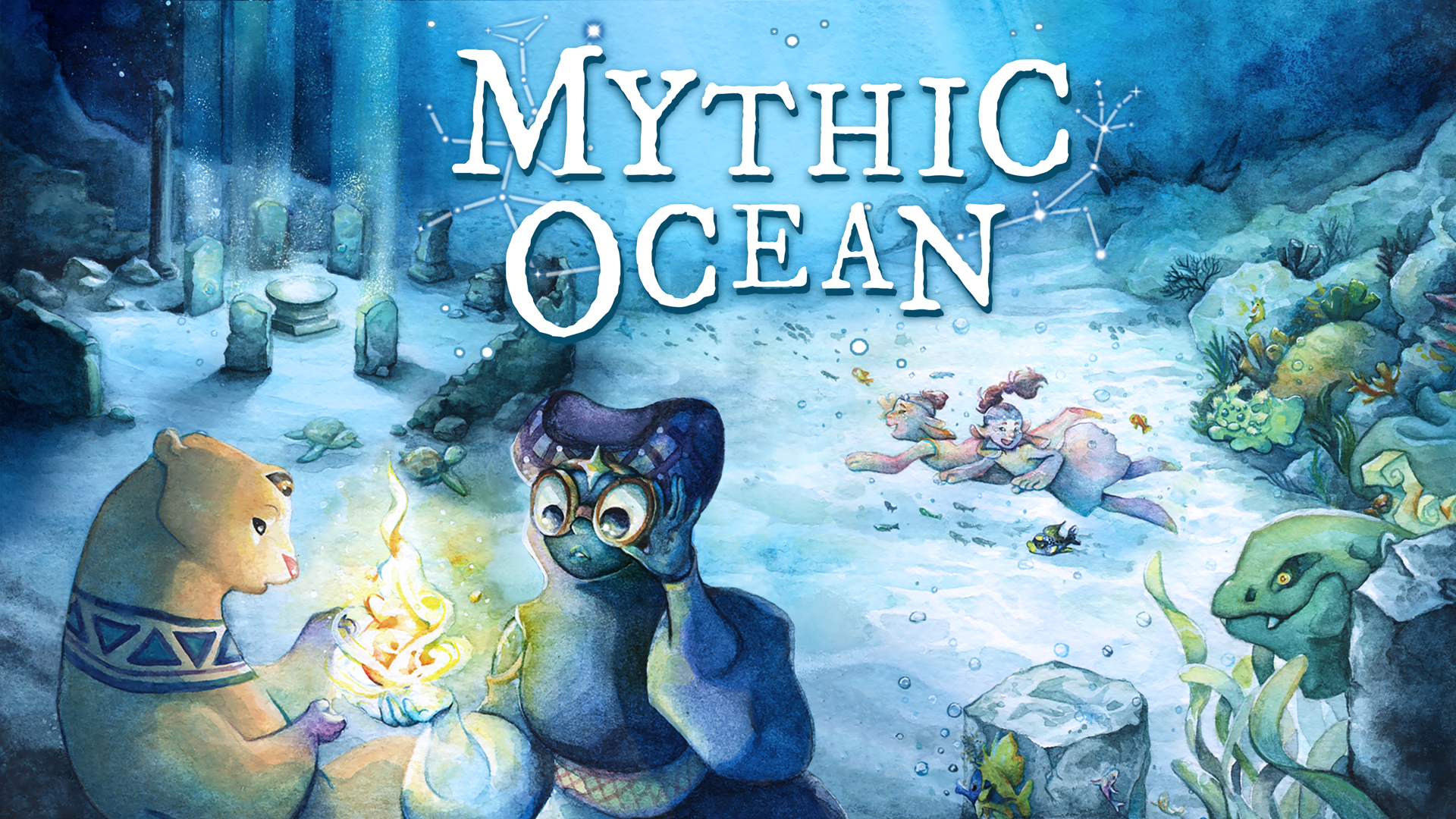 Mythic Ocean is sweet and relaxing, but falls short of its potential. The Finger Guns Review;

Mythic Ocean is sweet and relaxing, but falls short of its potential. The Finger Guns Review;

There are times where people love nothing more than a no danger exploration game. It cleanses the pallet to play a game where there is no stress or lurking enemies to destroy whatever progress you have made. It’s nice to be engulfed within the design and adventure in the world around you. I for one, also love these types of games. Mythic Ocean is one of these game but it left me feeling a bit up a creek without a paddle at times.

Mythic Ocean starts with a first person view as your character climbs a staircase to meet Elil, a magical creature who tells you the world has ended and you need to help create a new one. Your character doesn’t remember anything. They are not sure about who they are, where they are, or what their role is in this mysterious ocean other than to talk to the Gods and decide who is the creator.

The game doesn’t give you too much direction on what to do next. It is up to the player to explore the surroundings. The environment is actually pretty serene and beautiful. The environment is not true to life, but is colourful and joyous to look at it. There were no issues with the environment graphically, and once I got into the game, I did feel pretty immersed within sea life. The sound quality does feel very relaxing as you swim around too. Reminding me of those environments such as Journey, or Abzu. The music plays delicate harp notes, which remind you of the ocean.

You are also on a mission to collect pages that piece together your story. These are not obviously sign posted around the environment and you are not given a map of the area. You are however, given a Sonar for interactive objects or creatures around you. The kicker – the sonar will not light the collectable pages, which are pretty important for your journey.

The conversation you have with other Gods is not linear. These are choice based, and will determine your relationship with that God, and can determine the outcome of how the world is created. At times, there is only one answer to pick from which does take away the choice factor from the player which felt a bit odd, but as the conversations get deeper you do have more options. The creatures you interact with will have a preferred choice of outcome and will let you know if they appreciated your response by glowing red or green.

As you progress further into the game, the game does become amusing as you begin being to run errands for gods. It is joyful getting to know the character’s personalities and building relationships with them. The Gods all have unique personalities which will change the outcome of the world based on the morales they hold. For example, there is a very shy god that depends on the approval and reassurance from others. You also meet a keen researcher God along the way who wants to research every crevice of the world, and why it never changes.

The actual storyline itself gets a little lost along the way. You are never prompted or reminded of your mission unless you travel back to Elil to converse with them. For a large portion of the game, the main element of the story is running errands between all of the Gods and having conversations with them. As you do so you gain momentum in your mission and because there is no threat or danger you only have to the worry that you may upset one of them and not build a good relationship.

You are given a teleporter to get around, although it is not immediately clear how to use this, and a tutorial would have been welcoming as there are details which provide you with information of where your next objective could lie. This took me a very long time to work out, and for a while I was just aimlessly exploring either the same or different areas with what felt like nothing to do or no real direction.

There are about 5 or so areas to explore and they are moderate in size. The teleporter does allow you to fast travel directly in front of your chosen God, so once you have interacted with the NPC’s who may say a couple of lines of text, there is no real need to explore the caverns you travel too other than looking for pages which appear to pop out of nowhere. The pages can feel like quite a slog to find as there are no hints, map, or cues as to where they might be. You simply have to keep swimming around until a portal opens in front of you.

Without spoiling the story, there are different ways to get to your end goal of a new world depending on the actions you choose to do along the way. I ended up unknowingly being unable to choose my creator, which felt really disappointing after hours of trying to build relationships and there was no real explanation to why this happened. It was great to see the epilogue that unfolded, but I did feel a bit robbed of choice.

Overall, I think this game has a great premise, with wonderful environment, visuals & sound and decent writing. However, any recommendation I give for this game would come with a caveat. If I hadn’t persevered with this game in order to review it, I would have probably given up quite quickly because of the lack of direction on how to play and what I was doing. This did pay off for me eventually, and I did enjoy some elements of the story and exploration, but it feels like a game that doesn’t live up to its potential because of a lack of explicit direction.

Mythic Ocean is a choice based visual story game. With 3-5 hours per run, you build relationships with Gods in order to choose which God can create a new world. It is up to you how the world plays out based on your choice of interactions with each God. It is not a game that punishes you with any danger, and brings a relaxing explorative tone to the player – but it is a hands off experience. Sometimes this is at its own detriment, with no cues or indications of what to do at times which can lead the player swimming in circles. This game is short and sweet, but does try to make the most of a lot of potential it has.