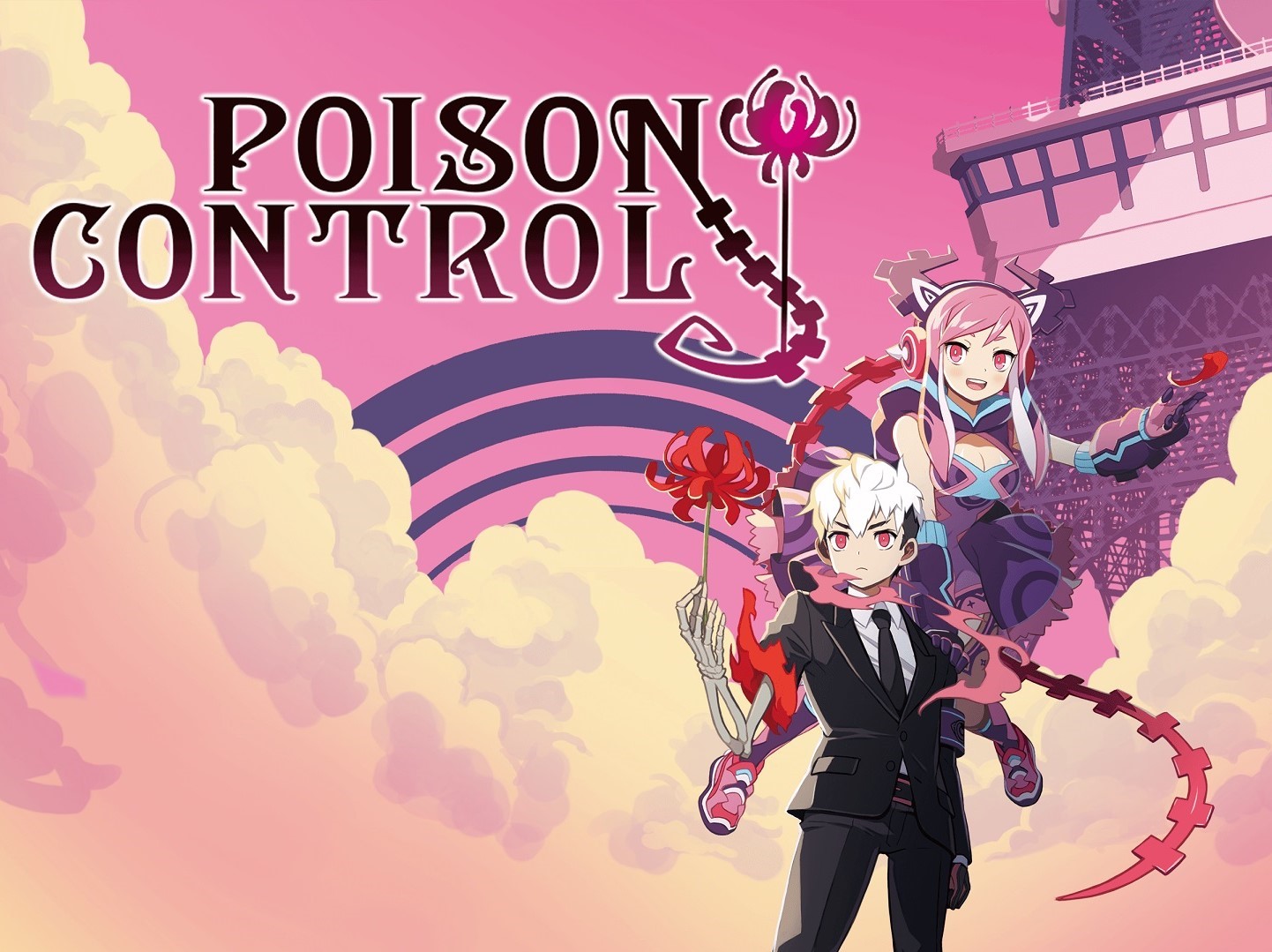 Poison Control - an experimental JRPG and Third-person shooter experience from NISAmerica now has a release date - and boy does it look like Persona!

We are all for obscure and strange-looking games here at Finger Guns, so it’s no small wonder that Poison Control caught our collective eye recently. It’s a mashup of eye-popping colour and strange genres that probably shouldn’t work together, but sometimes, in the right hands, maybe they could. First off, check out the trailer below.

It’s got Persona style oozing all over it, from the battle commands, to the menus, to the kinetic anime designs. Bold black lines and colour everywhere. Plus there’s a story about being in another realm (Hell in this case) and purging the poison from the hearts of others who are corrupted by unwanted or unhealthy desires or delusions. Yeah sounds like Persona, right? Next they’ll be telling us to steal their hearts.

But instead of an RPG, Poison Control is a mix of third-person shooter which is rare for an anime game, and a sort of anime picture (or sticker) reveal poison-cleansing game. That type of thing is usually the bounds of lewd internet-only games, but here they’ve dropped the lewd pictures underneath (for the most part). Once you’ve completed the dungeon and freed the sticker, you’ve freed the person from their poison, and there are five dark and twisty interesting Hells Belles (anime girls) to free from their personal torment, all with their own dark Persona-esque stories. Add in a story about a mysterious Hell Maiden called Poisonette, who must share your body and will be the key to helping you get out of Hell, and you have Poison Control.

The gameplay has you control the third-person shooting, with Poisonette sitting on your shoulder, and then switch to her and do the poison cleansing parts instead. Collect the poison, shoot the poison. Round and round. There’s time limits and additions to this that make it a case of switching back and forth to get through each of the dungeons.

Poison Control is coming West from NISAmerica (who brought us the Disgaea series, recent Ys games, and a lot of very experimental anime games over the years) on 13th April 2021 on both Nintendo Switch and PS4.