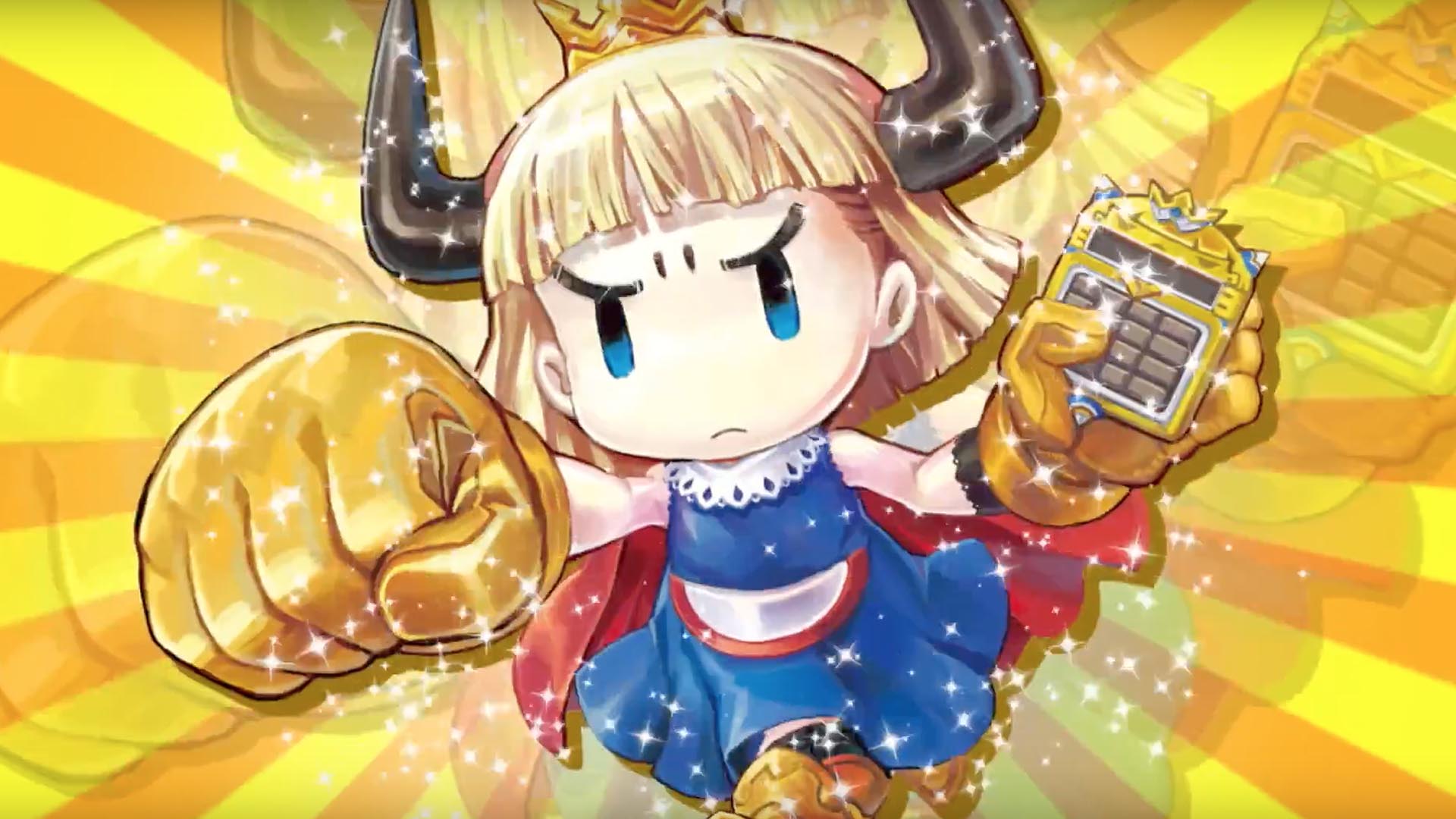 Penny Punching Princess has an ingenious mechanic you won’t find anywhere else. It’s just a shame the game couldn’t capitalise on it. The Finger Guns Review.

Penny Punching Princess has an ingenious mechanic you won’t find anywhere else. It’s just a shame the game couldn’t capitalise on it. The Finger Guns Review;

The pixel art princess. The top down, hand drawn dungeons. The UI map and numbers popping out of your enemies as you punch them. You could be forgiven for thinking you’ve already played Penny Punching Princess before. On the surface, it looks like any number of other dungeon crawlers you might have played over the years, but this top down title has something unique up its sleeve – Capitalism.

The game is set in a world where there’s nothing more powerful than the mighty coin. Penny Punching Princess has you play as revenge fuelled young lady who’s hell bent on taking down the nefarious money lenders who are responsible for the downfall of her royal family. It’s a fluffy, bizarre plot told through cut scenes before each level that often feels like padding – there’s an entire sequence of cut scenes that revolve around why the princess doesn’t smile anymore – but it does the job of window dressing the gameplay adequately. To get her coin soaked revenge, the Princess travels across different zones which are broken down into 5 levels, each of which has their own theme – a castle, a forest like area, a volcanic region etc. Each zone comes with its own brand of traps, enemies and bosses to overcome offering a decent amount of variety.

The Princess is pretty kick ass. She might be facing off against goblins, giant dragons, fire breathing onions and many more charismatic enemies but she can certainly hold her own. As well as being able to dodge attacks, she’s able to dole out her own fisty cuffs with rapid fire punches and charged attacks.

The unique aspect of Penny Punching Princes is the bribe function. By “breaking” (stunning then tapping on) and defeating enemies or opening chests hidden around each level, the heroine collects coins which she can use to bribe almost everything you can see on screen to work for her. Hold down the “Bribe” button and the cost of anything that can be bribed appears alongside a calculator on the screen. Type in the appropriate value of the thing to be bribed on the calculator, tap on the enemy/trap and they’re yours to control. Bribe an enemy and they grant you a limited use of their attack. Bribe a trap and instead of hurting you, you can trigger them to injure your attackers. This totally transforms the traditional 2D dungeon crawling experience. Feeling a bit overwhelmed by a swarm of enemies? Bribe a spike trap and lore your enemies on to it to destroy them in one fell swoop. Low on health and cornered by a big powerful enemy? Punch in their bribe value and turn their attacks on the rest of the mob.

The calculator also has another function – type in a value without tapping on an enemy and the Calculator can grant you a variety of random power ups, buffs and effects. These range from making the Princess massive on screen, doubling the damage of her punches to raining down meteor like attacks all around you.

Bribing artefacts and enemies is also essential to a lattice of carefully balanced mechanics between each dungeon. Bribe enough of the right kind of thing and you can spend any left over money you’ve collected from each zone to craft armour and permanent stat boosts for the character. The armour builds also offer new attacks and abilities. Some armour allows you to heal yourself while others give ranged attacks. These elements become more important as the game progresses, giving you the leverage you need in the ultra-tough last quarter of the game.

Unfortunately, much of what’s unique about Penny Punching Princess falls apart when played in the recommended mode because of the size of the PSVita screen. Holding down the “Bribe” button to raise the calculator covers more than third the screen and it becomes very fiddly to click on the right enemy/artefact. The buttons on the calculator are also very small and in the heat of the moment, it’s nigh on impossible to jab in the right numbers when trying to dodge attacks at the same time. I’ve lost count of the number of times I’ve tried to bribe an enemy but instead of typing in $500, I’ve typed in $200 which I’ve then had to delete in order to type $500 again. At other times, I’ve typed in $500 to bribe an enemy that costs this much and accidentally clicked on an enemy that only costs $100 because the enemy I wanted to bribe was just under the edge of the calculator. This wastes $400 and means I’ve got to wait for the calculator usage to cool down before I can use it again. This makes some sections of the game more frustrating than it needed to have been because you can’t make use of the game’s most unique and interesting feature effectively.

There’s an alternative mode that was designed for use with the PSTV – Buttons Mode – which allows you to navigate the screen using the D-pad but this feels even more sluggish to use. Penny Punching Princess desperately needed some sort of rest bite or slow motion effect for when using the calculator – say a 5 second window in which you could give the numbers you full attention – because without it, I often found myself giving up on the ‘Bribe’ aspect all together and concentrating on punching Dragons in the face instead.

Fortunately, the typical NIS charm and tight, top down dungeon battling are enough to carry Penny Punching Princess, despite the drawbacks with its greatest feature. If you’ve got slender, nimble fingers, you might get a lot more out of this title that I but even with those issues, there’s more good than bad with this cash guzzling revenge trip.

Disclaimer: In order to complete this review, we received a review copy for the game from the publishers. For more information, please see out review policy.