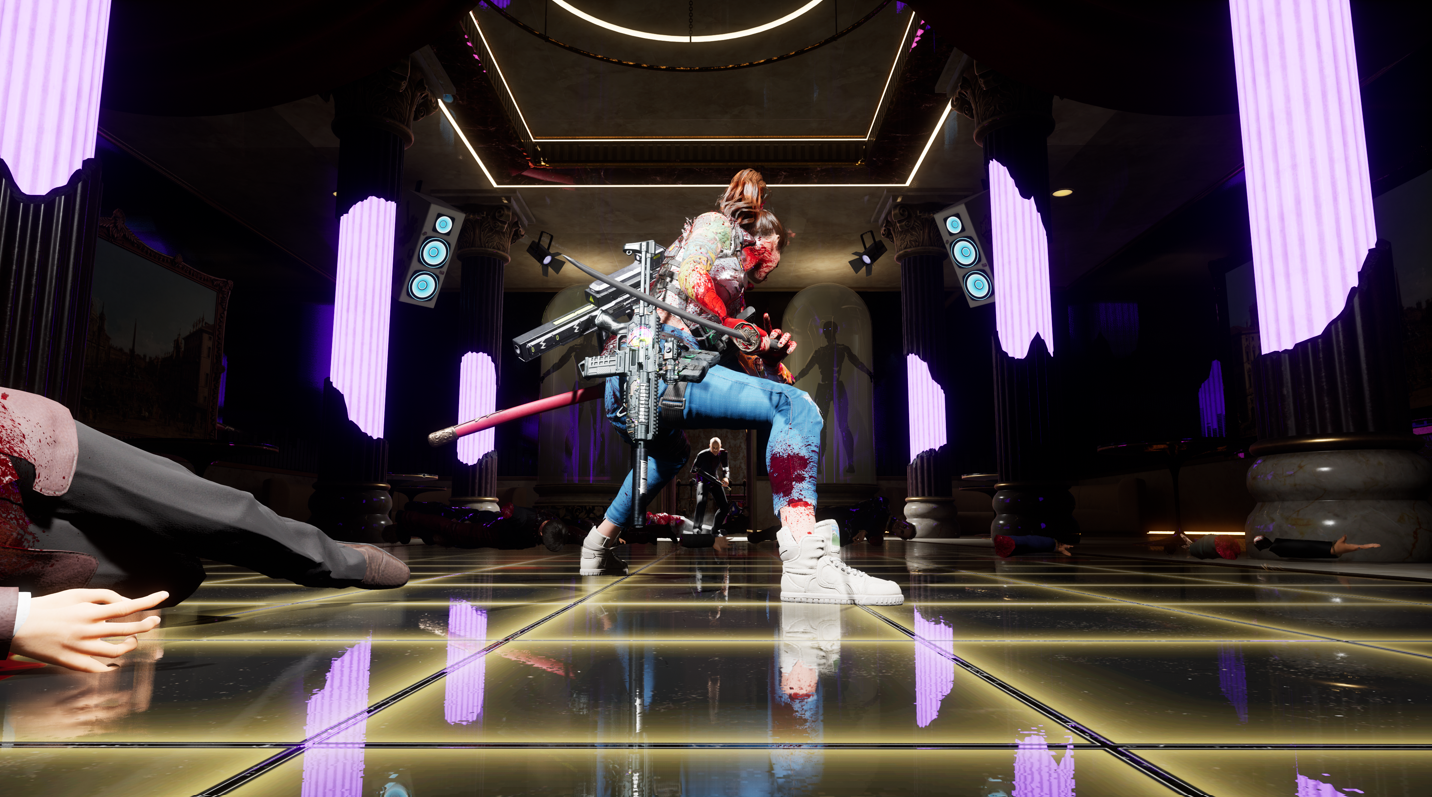 This is the time of the year when I lament that I do not have the ready funds or time to jet off to the Tokyo Game Show and try out Wanted: Dead which is currently playable on the show floor! From September 15th – 18th, Japanese media and the public will have the opportunity to go hands-on with 110 Industries and Soleil’s new ​​hybrid slasher/shooter, from the makers of Ninja Gaiden and Dead or Alive. So jealous right now. I’m the public!

For the rest of us stuck at home, a grisly new Tokyo Game Show trailer reveals the sheer brutality that the game has to offer with a closer look at stylish high-octane combat mechanics, multiple mini-games, some spectacular John Wick-esque style finishers and slick, limb-severing swordplay, accompanied by a seriously killer soundtrack. In fact, as if we were back in the eighties and nineties, the track that plays on the demo has been written especially for Wanted: Dead – “Through the Night” by Stefanie Joosten and Raney Shockne is now available on all streaming platforms including Spotify, Apple Music and Deezer.

Check out the trailer below and make sure you aren’t around any kids. There are heads rolling ffs.

I don’t know about you, but that song coupled with those visuals – it’s giving me goosebumps.

From the press release –

‘Take on the duties of Lt. Hannah Stone, stepping into a dark and deadly vision of cyberpunk Hong Kong as leader of the “Zombie Squad”, an elite team who work outside the purview of the traditional police force. You will become enthralled by Stone’s devastating hack-n-slash combat skills that combine style and substance, delivering chilling slow-motion sequences and bone-shattering, limb-severing mechanics.

Relax and slow things down from the adrenaline-pumping combat, take a stop at the Atomic Heart diner for your date with death. The diner provides a place for Lt. Stone to recover and recharge as she consumes food and drinks for buffs that will help her on her deadly missions while giving us players the chance to get to know the eccentric cast of characters that comprise her team.’