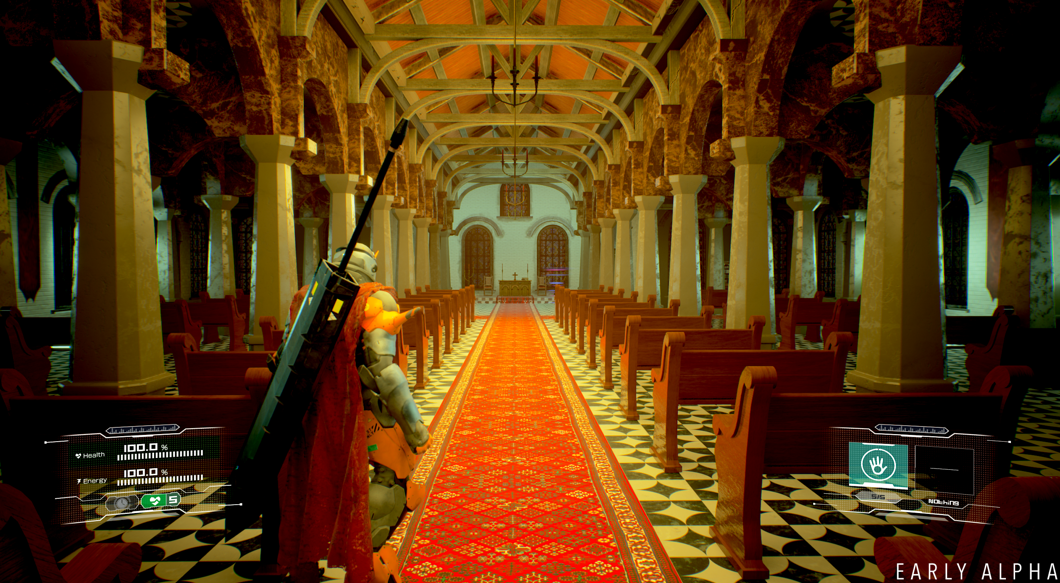 Vengeance Is Mine from 110 Industries and Soleil looks very cool in its first screenshots.

Now that Wanted: Dead has a release date and studio Soleil are releasing Valkyrie Elysium in just a few weeks, it’s time to turn our attention to 110 Industries’ next game, Vengeance Is Mine. Finger Guns was ahead of the game here. We knew about Vengeance Is Mine last year at TGS, and covered it here. But today sees the reveal of the first screenshots from the new game. Vengeance Is Mine is an upcoming third-person mech combat title slated for PlayStation 5, Xbox Series X|S and PC in the first half of 2024. The premise screams Vanquish, but maybe that’s just me. This is Prince of Persia, by way of Vanquish, in the past and future.

From the press release – In Vengeance Is Mine, players step into the shoes of Gabriel Jaeger who was brutally executed by three time-travelers heading back to 1664, to obtain an old piece of technology that will allow them to operate the Deacon – a derelict military installation buried under the streets of New Amsterdam. Charles Jaeger, now in full control of the Deacon, rallies his flock to meet their spiritual leader Robert Wright beyond the horizon of space and time. His only problem is Gabriel. Barely making it out alive, Gabriel is in control of the prototype HYDRA mech suit and ready to wreak his revenge.

This is the work of studio Soleil – the studio recently behind Valkyrie Elysium and Wanted:Dead, and featuring veteran designers from Sekiro: Shadows Die Twice and Final Fantasy XV also collaborating on the game. Possibly a souls-like title? It features merciless melee mech combat augmented with a time-manipulation mechanic. Thanks to the capabilities of the HYDRA mech suit, players can speed up time and blink towards unsuspecting enemies, or rewind time to readjust combos or evade death. HYDRA also comes packing an energy-based projectile weapon that allows you to take on foes at distance.

They’ve also announced Vengeance is Mine has a killer soundtrack, featuring music from Queen, Giorgio Moroder and Stefanie Joosten. Moroder and Joosten have come together for the first time, putting their legendary talents to use to record the title song for the game, making for one truly epic track.

Make sure to follow 110 Industries for more – they are shaping up to be a powerhouse publisher!