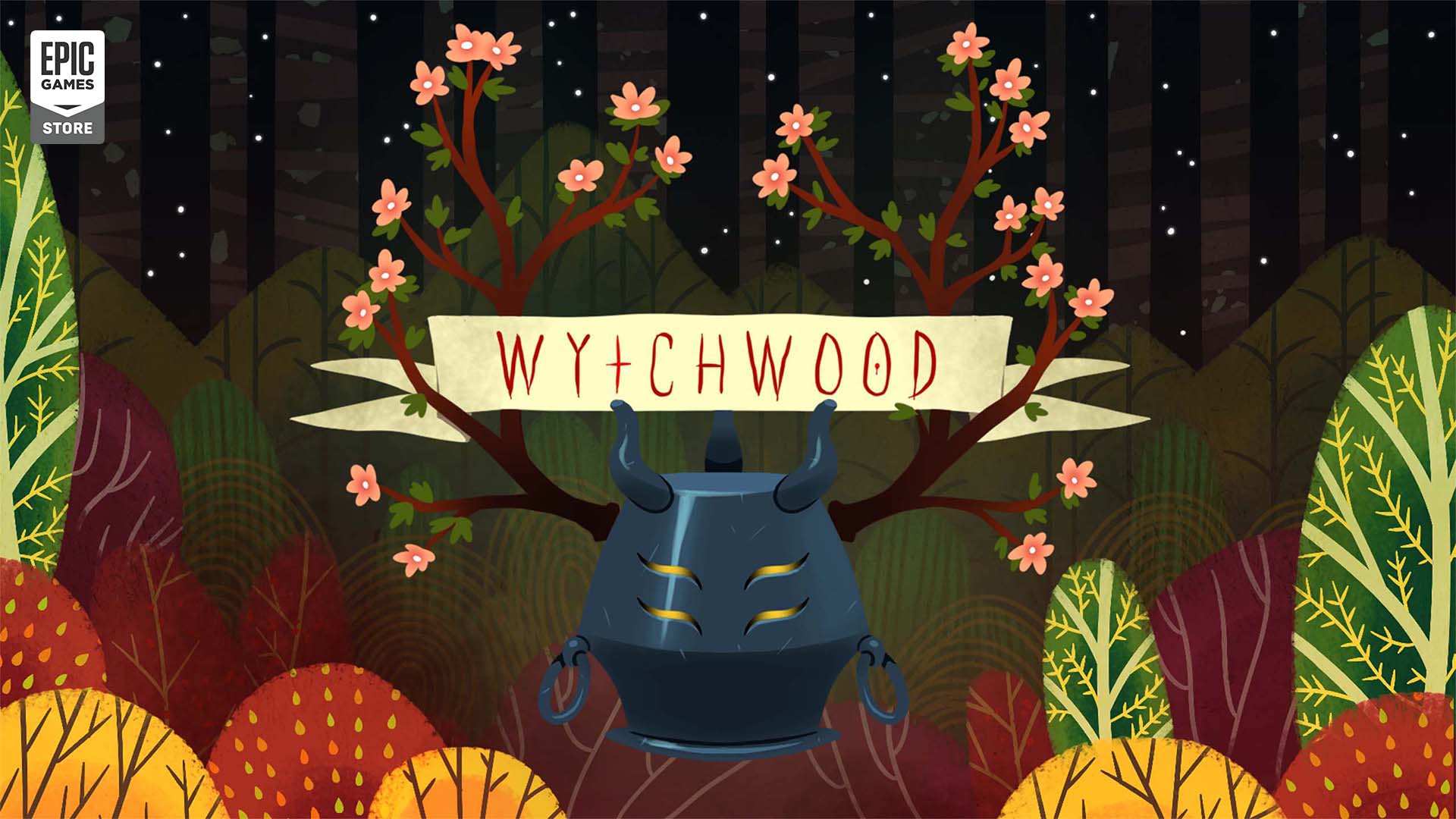 Wytchwood is an adventure game that spell binds you into crafting ingredients, conjuring spells and collecting souls. The Finger Guns Review

Wytchwood the crafting adventure game, set in fairy tale lands, conjuring spells, collecting souls and exploring unique biomes. Do the spells fizzle out? Or is the cauldron bubbling? The Finger Guns Review;

Wytchwood is a crafting adventure game that delves into a storybook style about an odd witch in an odd little house. She wakes from her slumber, unable to remember the recent past. Outside her house deep within the swamp she is met with a goat. The witch has made a deal with the goat about a sleeping maiden of whom she has no idea why she is sleeping and why she made the deal. The goat refuses to tell her the deeds of the deal, but report there is also no get out clause. She must complete the deal or risk never remembering her precious memories before her sleep. A deal must be completed.

The deal in question requires you to collect souls from various different beasts and how you collect the souls will differ with each extraction. From agreeing to fulfil your contract with the goat, it is time to get to work. Players are presented with some basic tools, such as an axe, trowel and net. You will have access to a menu at the touch of your hand, detailing the spells and reagents from your dusty grimoire. Additionally you can see your inventory, a map of your current location and a journal which keeps track of your missions and tasks.

Visually the game is very pretty and it is obvious a lot of effort has gone into this art style for it to pop. The visuals boast a children’s picture book-esque look. Splashes of lots of colour and different textures. Each location has a separate coloured theme, such as purples and greens for the swamp. Deep greys, purples and browns for the Graveyard, and corn yellow and shades of orange for the Fields. This brings a dynamic to Wytchwood whilst you’re playing to remind you that these biomes will hold different secrets, different beasts and characters, as well as different ingredients and different ways to mix your potions.

Controls are easy to follow and everything is accessible with ease. My only slight on this was the map. Although easily marked with locations and mission area’s, you are not able to mark where you want to go. This is quite irksome at the beginning of the game, but actually isn’t a problem once a few hours in. Each location is big enough that you may need some slight guidance, but small enough that after a few visits, you do find your way around. Believe me when I say you *will* know your way around quickly if not playing smart.

The gameplay itself just reminds me of a Russian Doll. You know the ones with the never ending smaller doll inside the one you currently are holding. Imagine that, but with crafting. The game does an excellent job of a vast majority of ingredients that never feel like your job is a slog to collect. You will be in charge of casting spells and reagents. Spells require a mixture of ingredients and reagents, where as reagents are made from multiple ingredients. Thus you can fall into a Russian Doll scenario extremely easily.

A spell may need multiple reagents, which means that you not only have to collect the right ingredients from the right location, you will then need to make the reagent before the spell can be cast. The reagent is a breakdown of ingredients, so you may be sent back to a location you had literally just travelled to to pick up a number of certain ingredients.

The ingredient list is never ending. Some things you may have to capture or kill to get specific ingredients from them. However, they will require their own weapon to be killed, which may be a spell, or a spell needing a reagent or multiple reagents just to be able to grab one single ingredient. It is complex and without focus you could get yourself very entangled in what needs collecting first, and how to get the first thing. Some ingredients are also sparcer than others and not as easily gathered as others. It can be a tad demotivating getting very far to only realise you need a certain spell, but you don’t have the ingredient, so you have travel to one location, to get the ingredient you may need to trap or capture the animal that may then get you the other initial ingredient in an entirely different location.

Although this sounds complex the game keeps a log in your journal and never will feel too convoluted, despite how much may be on your plate to find, kill or mix up.  It is important to note that this is largely the game, and although there are puzzles and combat, these are in the form of collecting spell ingredients to solve the puzzle or to defeat your enemies. The witch can get injured, and she’ll return to her house after 3 lives are lost. Reflecting back you’d think this would be repetitive, and I found myself accepting this pretty quickly. She’s a literal witch, this needs to stay true to the story and tale they are creating. Girl can’t just punch a tree, or knock out her AK47 to defeat trolls in the swamp.

Each character has their own personality that shines through. Characters are shown on screen like painted portraits with conversations highlighting who is talking. This certainly reminds me of the fairytale of snow white, or stained glass windows in a way and brings a charming aesthetic to reading conversation. Whether a honey bear, snake, or rat, each soul brings and conveys a different story that is captured through the art of the visual picture frames and the written word. It’s easy to sense the emotion from each character and what atmosphere they bring to the story. Some even hint to old fairytale nuance.

The story doesn’t overly twist or turn throughout the game, it remains very linear. Capture the souls, get your memories back. To be honest, I was having too much fun playing, collecting, making, and trying not to forget what I was on my way to the swamp for that I didn’t need intertwined relationships and story arcs, what Wytchwood does is simple. When something is done very plainly or quite simply, you expect it to be great and there is no argument here that this is achieved in Wytchwood. The game captures attention, and always allows your next mark.

My review copy was reviewed on the PS5. Visually crisp and a beautiful gothic atmosphere. The frame rate holds up and is solid and I could tell immediately through the initial seasickness I felt playing the game compared to my current library. The game never crashed which was grand. I did have a few blips in the game freezing momentarily for a short time. This only happened about 4 times in around 12 hours of gameplay, so minimal impact to my play and only whenever I was paused or trying to look around the inventory.

Additionally, the game does experience some screen tearing, personally this doesn’t bother me, and you do get used to it. It was a bit strange at first seeing ripples on my screen. It doesn’t happen throughout the whole game and you seem to forget it pretty easily but worth mentioning for anyone who might be sensitive to effects on the screen.

For avid trophy collectors, there might be some disappointment, initially I had no trophies pop, which is just sometimes how it be yano? Strangely the next day, I had 3 trophies pop, and I’ve had none since despite doing nearly all of the tasks on the list. This hopefully can be fixed with a patch so do not fear!

In summary this game is super easy for me to recommend, it is worth every penny of the 15-20 range of money depending on region. Although mostly fetch questing, it makes fetch questing an absolute joy. Stepping back in time to the stories and fables of magic, mystery, and fairy tale. With an effortful art style, and grand immersion. If I hadn’t already written my GOTY entrances, this would make an appearance for sure.

If you want to step in the world of fairy tale, gothic fable whilst throwing in crafting spells and a linear simplistic story set within an explorable world, Wytchwood is for you. Beautiful visuals and an alluring soundtrack. This game could be seen as mundane and repetitive, with little combat or puzzle, however Wytchwood casts a spell on the player that will have you immersed into the art of enchantment for hours.