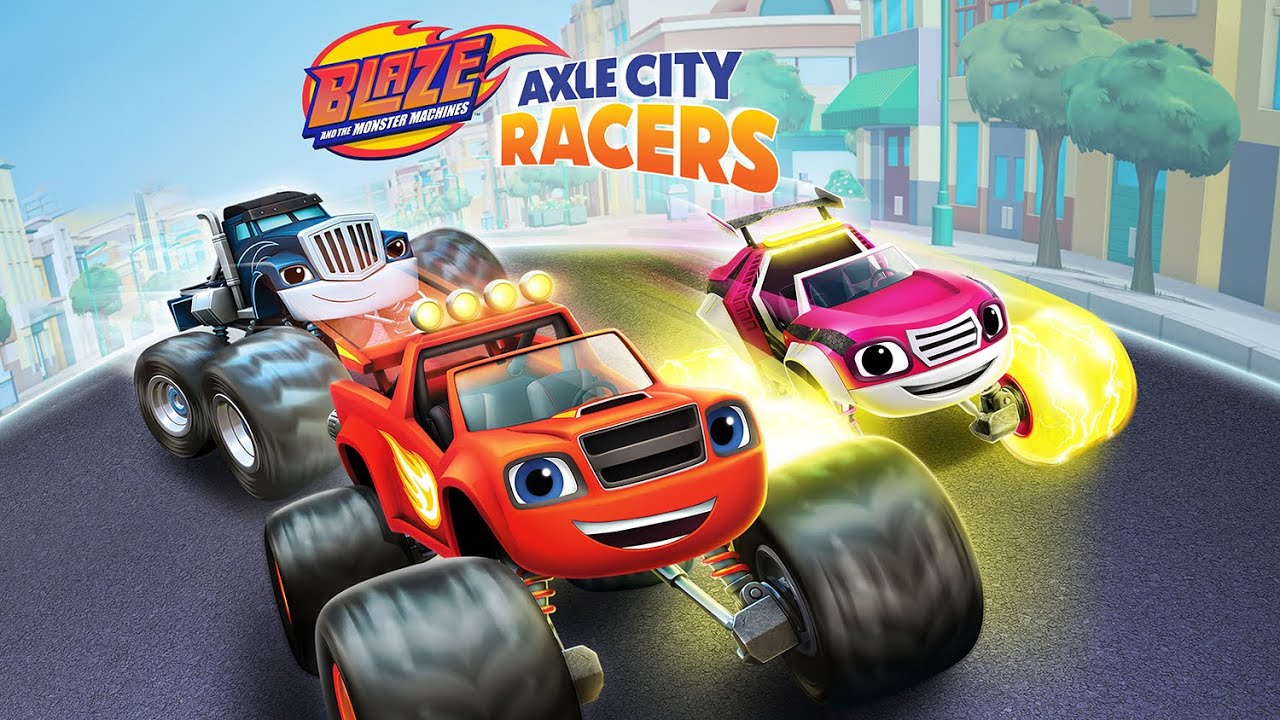 A game aiming to be a child’s first introduction to racing titles, Blaze and the Monster Machines is intentionally simplistic. The Finger Guns Preview.

A game aiming to be a child’s first introduction to racing titles, Blaze and the Monster Machines is intentionally simplistic. The Finger Guns Preview.

As a Dad to 5, I can attest to the fact that racing games can be complicated for younger games. It’s something most of us forget about as we grow up but having to learn how to steer and accelerate at the same time can be a real trial for kids at first. Breaking? Nah, the track sides will slow me down. Drifting? Forget about it. Gears? An impossibility. Having played Blaze and the Monster Machines: Axle City Racers for half an hour at Outright Games’ recent Unwrapped event, it’s very clear that this is a game that understands that and is built around those facets.

According to the developer from 3DClouds who talked me through the demo, they want this game to retain everything that’s great about the Blaze TV show while also being an accessible and fun racing game for the youngest of gamers. They want this to be a child’s first racing game and for them to enjoy it. To that end, you can feel the effort and design choices that have gone in to making Blaze and the Monster Machines: Axle City Racers a game that anyone can pick up and have a good time with.

The first example of this came with acceleration – it’s mapped to the front facing buttons rather than a controller trigger. On my DualShock controller, it was X. I mean, this makes all the sense in the world. For a 3 or 4 year old kid, having to hold down R2/RT for a whole race can be a bit of a stretch and can be uncomfortable – so why ask them to? By putting acceleration in the natural place for a button press means a lot for kids.

What’s even more impressive is the auto-drive function. Activated from the pause menu, this removes the need for steering and accelerating so that the player can focus on the trickier, more impressive stuff like abilities and drifting. In multiplayer, this can be activated per player too; If a family wants to play together, it’s possible that auto-drive is activated for just 1 of the 4 players. I personally can’t wait to pit my 12 year old against an auto-driven 3 year old and to watch the confusion unfold.

Other examples of accessible design thinking could be found everywhere. The tracks themselves, at least in the first 2 locations, were simplistic but still offered some variety. Jumps that offered a speed boost at the end, some very mild track-splitting, track walls that weren’t overly sticky, a pack of racers that sticks together and nicely telegraphed corners all demonstrated that this game wants to be exciting for kids without being overly complicated.

This was further demonstrated in the way that abilities work in Blaze and the Monster Machines: Axle City Racers. Every character – the whole gang from Blaze to Crusher is playable here – have their own unique power. Blaze obviously has blazing speed, Crusher drops a mine like earthquake, Pickle has a shield and so on, each of which is tailored to the personality of the character. In order to activate this power, the player has to collect 10 wretch pick-ups that cover the road. A gauge on the screen shows you how far away from activating your power (while also reinforcing a 1-10 numeracy) and once you have enough wrenches, it’s a single button activation. It’s a simple system but looks on the surface like those you’d find in other kart racers, only more child friendly.

There’s also aspects of the STEM focus that the TV show has within Blaze and the Monster Machines: Axle City Racers. Load screens come with little facts on forces for example. Once you’ve seen these, they get added to a gallery which can be viewed from the options screen.

Blaze and the Monster Machines: Axle City Racers shows a real respect for the characters and world it’s based in too. The original voice cast have little sound bites during races. While the tracks themselves are relatively clear of obstructions, the surrounding environment is busy and full of character. You can see iconic locations you might recognise from the TV show surrounding the track sides. There’s spectator cars waving little foam fingers around too which looked super cute.

Even as someone who is firmly 30+ years outside of the target demographic for Axel City Racers, it’s clear to see the work and decision making that has been put into this game. I half expect this game to be described as shallow or simplistic once it releases by a few outlets who will judge it by the genre standards. I could clearly imagine my brood of kids getting a lot of out the game though, especially the younger ones. This isn’t Mario Kart and isn’t attempting to be. This is aiming to be “My First Karting Game” and it certainly appears to be going about that in the right way.

Blaze and the Monster Machines: Axle City Racers is launching on Nintendo Switch, PlayStation 4, Xbox One, Xbox Series X | S and PC via Steam on October 16, 2021.