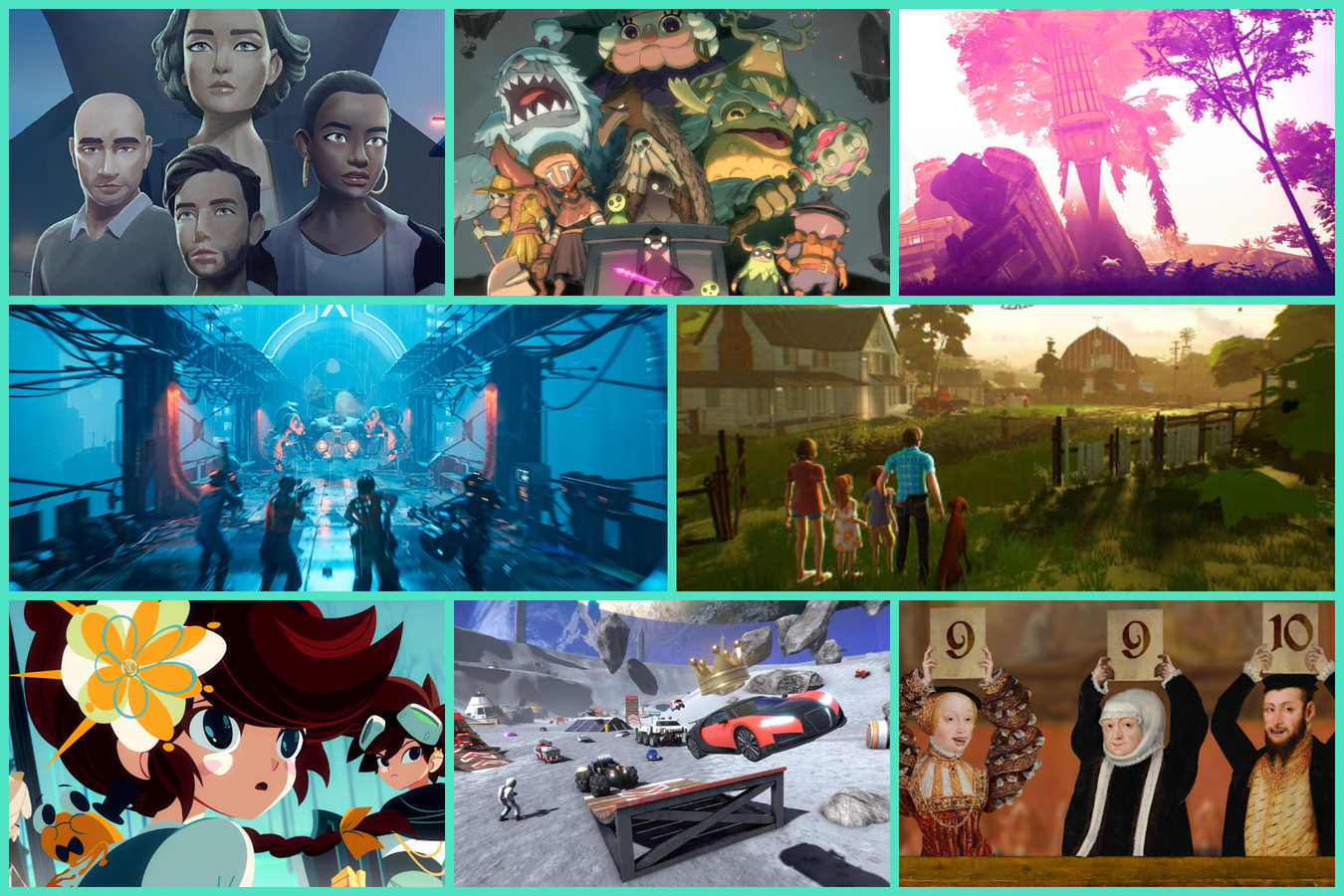 While July 2021 is bereft of AAA big hitters, there’s a number of indie games you should keep your eye out for. Here’s 12 of our favourites.

While July 2021 is bereft of AAA big hitters, there’s a number of indie games you should keep your eye out for. Here’s 12 of our favourites.

E3 2021 is over. The early year rush of big games has subsided and we’re entering that portion of the year which is usually pretty quiet for releases. Thankfully, the indie games are here to plug the gap that the big publishers leave. From Monty Python-esque point and click adventures to dreamlike narrative adventures, fantasy noir twin-stick battles to cyberpunk ARPG’s. The indie games of July 2021 have it all.

The Procession To Calvary – July 2nd

Alright, I’m starting this list with a cheat. The Procession To Calvary is already available on PC via Steam and has been for over a year. I’ve played the PC version and I really enjoyed it so I know this is one that console owners should get excited about. The game will be launching on Switch on July 1st, Xbox on the 2nd of July and will be coming to PlayStation “shortly after that”. An absurdist point and click adventure that uses renaissance art work to tell a hilarious story, The Procession To Calvary was one of my favourite indie games of 2020. There’s a chance it’ll be among my favourites of 2021 too.

The first 2 Crash Drive games were ridiculous fun. By the looks of the 3rd title in the series, it’s not going to change that trend. Chaotic and destructive high speed racing coupled with open world exploration and explosive tanks, Crash Drive 3 looks like cathartic fun. What’s more, this theequel is launching with cross-platform play on every platform. No matter where your friends are playing, you’ll get to play with them here. You can pre-order it now on the iOS App Store here, the Google Play Store here, on Steam or the Epic Games Store for PC, on the Nintendo Switch eShop, on the Microsoft Store for Xbox, or on the Sony PlayStation Store.

It’s always fun to pull off those creative kills in games. Radio Viscera is a game designed around pulling off those imaginative eliminations via traps and environmental dangers. You’re roving around the a “satanic Y2K cultist compound” causing all kind of gory carnage by blasting the minions into their own death-traps. It certainly looks like hoot and we’ll be checking out Radio Viscera when it launches on July 13th, 2021 on PC via Steam.

Where The Heart Leads – July 13th

Armature know how to make a quality game. They’re the studio behind Batman Arkham Origin Blackgate, Dead Star and Recore (the latter of which was in conjunction with Comcept). They’re a technically proficient team too, having ported Bayonetta & Vanquish to the PS4 and Xbox One. Their latest title, Where The Heart Leads, is a departure from anything they’re made to date but certainly has a tonne of potential. Inspired by the works of David Lynch, Wes Anderson, and Nicolas Winding Refn and influenced by games like Oxenfree and Heavy Rain, this title is a choice heavy narrative adventure. In the game you guide family man Whit Anderson through his past, present, and future via thousands of decisions points which will lead down a branching narrative to dozens of endings. It’s ambitious and we’ll see how it comes together when it launches on PlayStation platforms on July 13th.

I quite enjoy when a game goes beyond the literal. On the surface, Lost At Sea is a first person puzzle game about exploring a mysterious island with multiple quirky biomes. Beneath the surface though, this game is brimming with symbolism about different phases of life, memories and what makes a life worth living. Lost At Sea looks trippy and wild. Look out for it when it launches on PS5, Xbox Series consoles and PC via Steam on July 15th.

When Mini Motorways launched on Apple Arcade, it was described as “a top-tier Apple Arcade exclusive” by TouchArcade and “a deep and challenging activity for your brain” by Multiplayer.it. On July 20th, those of us in the green bubble club will be able to finally play the addictive transport design game as it comes to PC via Steam. For some of you, just telling you that this is the follow up to Mini Metro will be enough. For those that don’t know the premise, the aim is to design the transport corridors for a metropolis to ensure everyone can get where they need to go. The original game was cracking. I’ve no doubt that Mini Motorways will be just as good.

It’s nice to see the game developer community branch out from furry friends and extend a wing to our avian friends. Death’s Door comes from the makers of Titan Souls, that one-hit-you’re-dead Souls-like. In a walled-off Kafka-esque world of bureaucratic crows, you are tasked with venturing outside and harvesting the souls of the dead. Death’s Door is billed as having skill-based combat (read difficult) which is tight and responsive. My biggest question; why can’t crow-boy fly? Death’s Door is coming to PC and Xbox consoles on July 20th.

Variable State’s first game Virginia was phenomenal. Their next title, a third person narrative adventure called Last Stop, certainly appears to have the potential to match it. Set in present day London, you play as three separate characters – Donna, John and Meena – whose worlds collide “in the midst of a supernatural crisis”. Voiced by a talented cast of actors and featuring a soundtrack by BAFTA award winning composer Lyndon Holland, Last Stop is launching on PC via Steam and consoles on July 22nd.

Honestly, I thought I was done with the whole cyberpunk aesthetic. This past 12 months has seen an absolute overload of neon tinged, rain slick sci-fi cities in video games and I thought I’d seen enough. Then I saw that The Ascent was releasing this month and by gawd, I’m back into cyberpunk again. A solo and co-op Action-shooter RPG, The Ascent doesn’t just get the visuals right either – it gets the spirit of Cyberpunk too. There’s a story of tech mega corporations and what happens when one decides to shut down and leaves a district to fend for itself. Check out The Ascent when it launches on PC via Steam and Xbox consoles on July 29th.

A few months back we got our hands on Morbid The Seven Acolytes, and our love for 2D souls-likes was birthed from the smouldering bonfires. Eldest Souls takes the formula of From Software’s incredible series and grafts it into 2D sprites and glorious decadent pixelart. Toby got a chance to play the demo last year and was pleasantly surprised by a nuanced and rewarding battle system and that demanding skill-based combat we’ve come to expect. I mean the thing has Souls in the title, and not just dark ones, or demon ones, but the Eldest of all. Eldest Souls rises from the cinders on July 29th on all major consoles and PC.

With animation to die for and a wonderful cast of characters, Cris Tales is the indie RPG darling of the list. You play as Crisbell, a young girl who has can use the power of the time crystal to see past, present and future all at once, and use them in battle to wonderful effect. Using an eye-catching visual style, this has all the nostalgia, and all the modern cool at the same time. I wish I had a time crystal to fast forward to the game being out and a nice physical copy in my hands. Alas, I will have to wait until July 20th to get my hands on this potential gem. Even better, it’s coming to Game Pass for all you Xbox subscribers.

The last time I saw a boomerang used as a weapon, it was probably in 2002’s Ty the Tasmanian Tiger. It’s just not something you see often in the video game space. Developers DANG! (great name btw) are changing that with their first person…spinner(?) Boomerang X. In this game, you channel the power of a mystical boomerang to zip and fly around levels while slicing and dicing corrupted villains. It’s fast paced, artistically bold and encourages stylish, creative play which will unlock strange new powers. Boomerang X is launching (and hopefully not immediately returning) on July 8th for PC via Steam and Nintendo Switch.

So there you have it – 12 indie games to look forward to in July 2021. Have we missed a game you’re looking forward to this month? Is there a game you’d like to bring to our attention? Head to the comments section and drop us your thoughts.