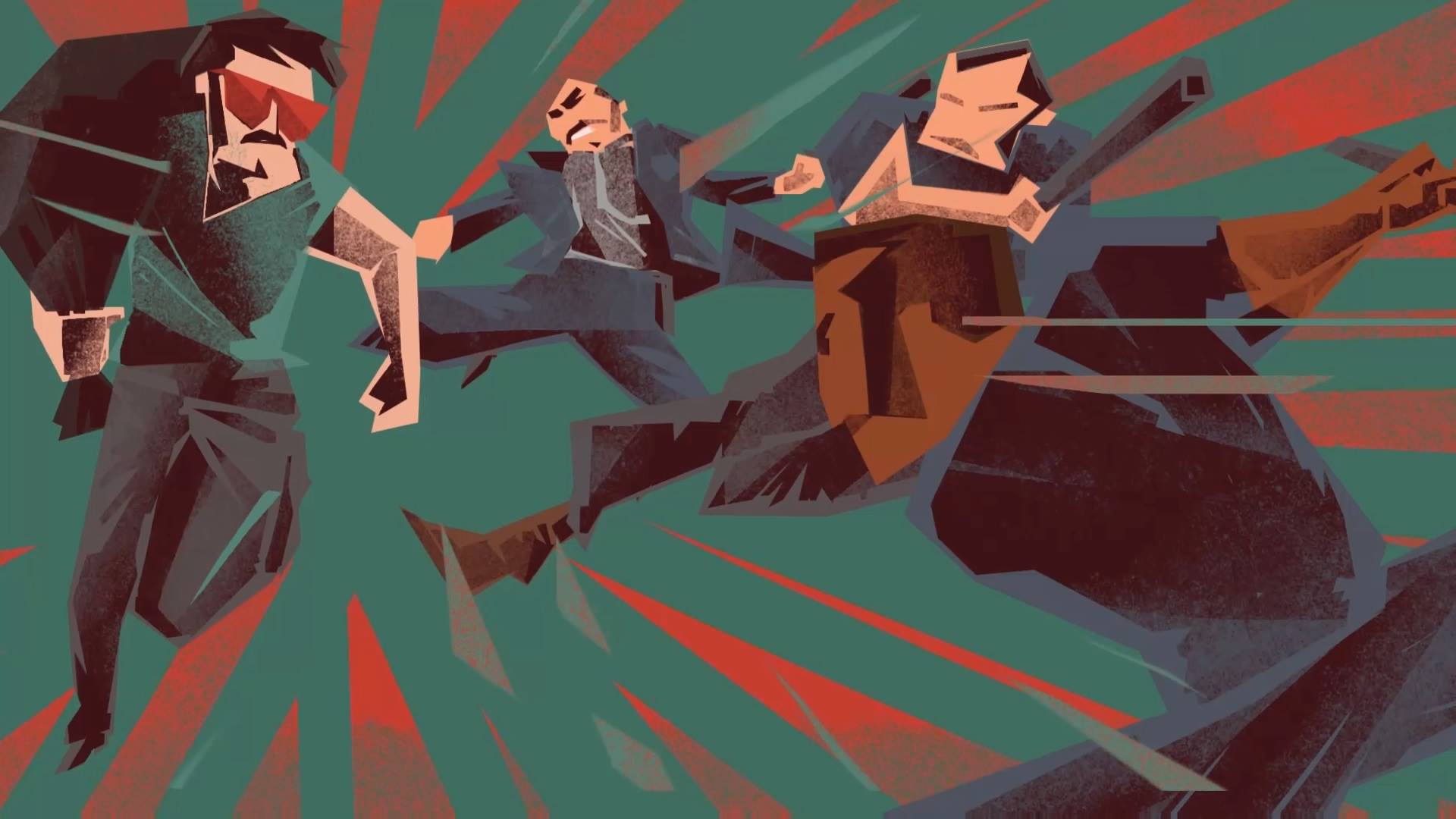 Clean up the blood, hide the evidence and dispose of the bodies in stealth-clean-’em-up Serial Cleaner for Xbox One, PC & PS4. The FingerGuns Review;

Over the years, you’ve probably become accustomed to blasting the gibs of your gaming foes across the wall, painting the scenery with their blood then leaving their bodies in your wake. It’s a staple part of any violent video game these days – but I doubt you’ve ever considered the clean up involved afterwards. This is the proposition of Serial Cleaner. You play as a professional crime scene cleaner called Bob who’s working for the mob and a mysterious client who’s asking you to clean up after a serial killer called “The Echo Killer”. The aim of each “contract” is to stealthily move through a crime scene, picking up evidence, disposing of bodies and vacuuming up blood stains while avoiding the gaze of the patrolling police officers on the scene.

Serial Cleaners starts out easy enough. You move around a top-down area, avoiding the vision cones of the police officers, going about your dirty work. To dispose of bodies, you have to first reach them and then carry them to a body dumping point – but once you’re carrying a cadaver, Bob moves much slower and makes more noise. Noise is the other aspect of the clean up you must be careful of aside from the vision cones of the police – especially when vacuuming up pools of blood. As you walk and clean up, a white diamond expands and contracts around Bob’s feet. If a policeman is within the confines of this diamond, they’ll come looking for you, even if you’re not in their line of sight. You’re only hope, once the police have clapped eyes on you, is to run and hide in one of the hiding places around each map. Unlike many other stealth games, Bob doesn’t have any way to kill or stun your pursuers. The only defence you have is to stay out of sight and run as fast as you can when you need too.

The game does quickly ramp up in difficulty however. The police officer AI is pretty dumb at the start of the game – they move in a patrol pattern and only deviate from that pattern if prompted by missing bodies/evidence or by spotting Bob. In the last third of the game, the police become quicker, moving in erratic and unpredictable ways. Thankfully, throughout the game, the police are never smart enough to drag Bob out of his hidey holes, even if they chase him right too them. Reach a cardboard box or a locker you can hide in and you’re safe. On top of a more dangerous police presence, the levels get progressively more complex. New mechanics are added gradually – time-delayed sound emitting components that draw the police away from their posts, shortcuts that allow you to move around the level instantly and movable objects which can block off/open up certain paths – which keep things fresh and increasingly more difficult throughout the game’s main campaign. It’s just a shame that the last 2 levels just crap out on a lot of the mechanics the game has made such good use of for the previous 18.

There is quite a lot of trial-and-error involved in Serial Cleaner. As you find your feet in each contract, you’ll likely stumble across a police officer you didn’t see and quickly find yourself getting battered by a nightstick before you can find a hiding spot – more than once. While a lot of other games that have tried this approach can get frustrating very quickly, Serial Cleaner has a “Cleaner Sense” which adds a level of tacticality which helps avoid many of these frustrations. Hold down the L2 button on the PS4 and the camera zooms out to show the whole map and highlights all of the points of interest. Here you can monitor police routines, plan your next moves and find your bearings.

Unfortunately, even with the “Cleaner Sense”, Serial Cleaner can still be frustrating, partly down to the art style and level design. The game is set in the 1970’s and as such, adopts the bold colours and pastel hues of the time. The game often looks like a screenprint painting with a roller effect on walls and huge blocks of colour. Combined with the top down design, this can make it difficult to see ladders, elevations, doorways in vertical facing walls or short staircases. I’ve struggled through some contracts, failing repeatedly, until I’ve discovered a doorway which was had to see.

If the game wasn’t challenging enough, there’s the opportunity to make it tougher with the “Challenge modes”. Here you can turn off the enemy vision cones, deactivate the cleaner sense, deactivate all hiding sports and a tonne more. I’ve tried some of these and…. Ho boy. Nope. A thousand times nope. For those that like a test, these modes will add a lot of replayability.

Now… The Plot. Without spoiling it, It’s undeniable that Serial Cleaner is better off for having a storyline and for having given the protagonist Bob a personality – but it’s just a disappointing and bland direction the game heads in. The game suggests a few times that it’s heading towards a really cool, Fight Club-esque twist – but the payoff never comes. It just meekly tails off into something that doesn’t feel in-keeping with the rest of the game. A shame.

Serial Cleaner is a tense, challenging stealth game that’ll equally frustrate as much as it entertains. It’s what my wife likes to call “a sitting up game” because you can’t play it slouched or lying down. It needs that imaginary extra concentration that sitting up brings to the table to play. I’ve been close to smashing my Dualshock 4 when I’ve been caught by a police officer after half an hour of careful planning but I’ve been grinning from ear to ear as a dump a body into a fish tank full of piranhas. I’ve rage quit after getting caught on the way to the exit but have always come back and feel my body physically unwind when I’ve completed a level that’s been giving me trouble. It has a pretty wonderful soundtrack and, when it’s not making things more difficult, the art style is easy on the eyes. It’s just a shame that the level design can make things artificially frustrating and the plot misses some big opportunities to be something more memorable.

Serial Cleaner is out now on PS4, Xbox One and PC.

Warborn (PC) Review – Hex Gonna Give It To Ya
In Sound Mind Review (PS5) - Caught Between Two Minds
The Finger Guns Podcast Ep. 120 - Can You Copyright A Genre?