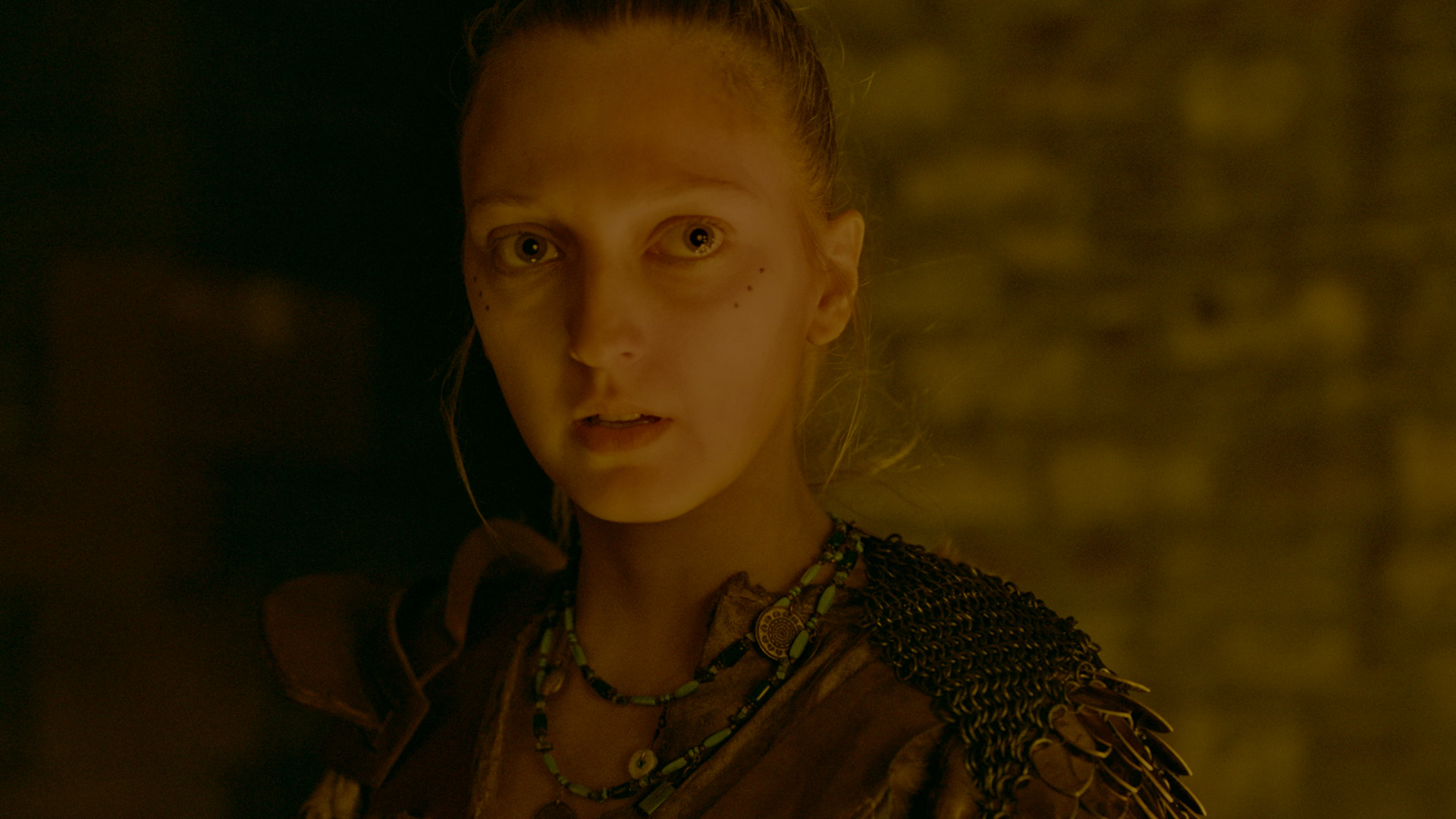 Based on the Ian Livingstone Fighting Fantasy Novel, Deathtrap Dungeon: The Golden Room is shaping up to be an enticing FMV game. The Finger Guns Preview.

Based on the Ian Livingstone Fighting Fantasy Novel, Deathtrap Dungeon: The Golden Room is shaping up to be an enticing FMV game. The Finger Guns Preview.

One of the main objectives of a preview demo is to entice people to want more of it. The Steam Next Fest demo for Deathtrap Dungeon: The Golden Room, an upcoming FMV game based on the Ian Livingston adventure book from the 1980’s, left me desperate for more.

My experience with the Fighting Fantasy books (of which Deathtrap Dungeon is a part) is embarrassingly shallow. In fact, when I read the name ‘Deathtrap Dungeon’, I thought immediately of the 1998 third person action video game that I had a love/hate relationship with; It loved to kill me repeatedly and I hated it for it. I came into this demo with relatively fresh eyes and virtually no reference points to the books to call on. Even as a newcomer to the series, I was massively impressed by the small chunk of Deathtrap Dungeon: The Golden Room.

The Golden Room takes the form of a modern FMV game, akin to an interactive movie. You’ll watch a scene unfurl before you and you are then given timed decisions to make which will guide you down a branching narrative, leading to new scenes. Unlike a lot of modern FMV games though, the decisions won’t always send you to a happy ending. Within my first 3 minutes with this demo, I’d already been turned into dust twice. I suppose it is called ‘Deathtrap’ Dungeon, not ‘Cuddles and Rainbows’ Dungeon.

The production values on display in the demo are remarkable too. Good Gate Media have a history of making quality FMV games in the shape of The Complex and Five Dates. They certainly seem to have continued that trend here. The cinematography is great, really setting the scene thanks to some top props and lighting. I can’t quite place where Deathtrap Dungeon: The Golden Room has been filmed but it certainly gives off that dungeon vibe.

The cast that appears on screen in the demo reveal some quality acting too. Georgia Hirst (Five Dates/Vikings) appears to be the main character and gives off a badass aura while also respecting the dangers of the dungeon. As a proxy for the player’s actions, she’s portrayed well. She even pulls off a Northern English accent that doesn’t make me want to mute the game. Georgia is eventually joined by Marcus Fraser (Transformers: The Last Knight), a hammer wielding adventurer on the hunt for treasure. He’s big, he’s foreboding and he immediately gets involved in a very well choreographed and executed fight scene.

It only lasted 15 minutes but the Deathtrap Dungeon: The Golden Room demo that’ll be part of Steam Next Fest left me wanting more. Much, much more. There are mysteries teased at and hints towards a deeper narrative that I’m very much looking to explore. Even for me, as someone who is taking it at face value as an FMV dungeon adventure, this demo was enjoyable. For long time fans of the Fighting Fantasy books, you’re likely to get even more out of it; My Dad walked in during the last scene of the demo and proceeded to say “That’s so f***ing cool” as it’s a big call back to the original adventure book.

Deathtrap Dungeon: The Golden Room will be launching in 2022. A demo for the game is available to play on Steam between June 16th and June 22nd, 2021.

Disclaimer: In order to complete this preview, we attended a preview event for the game. For our full review policy, please go here.