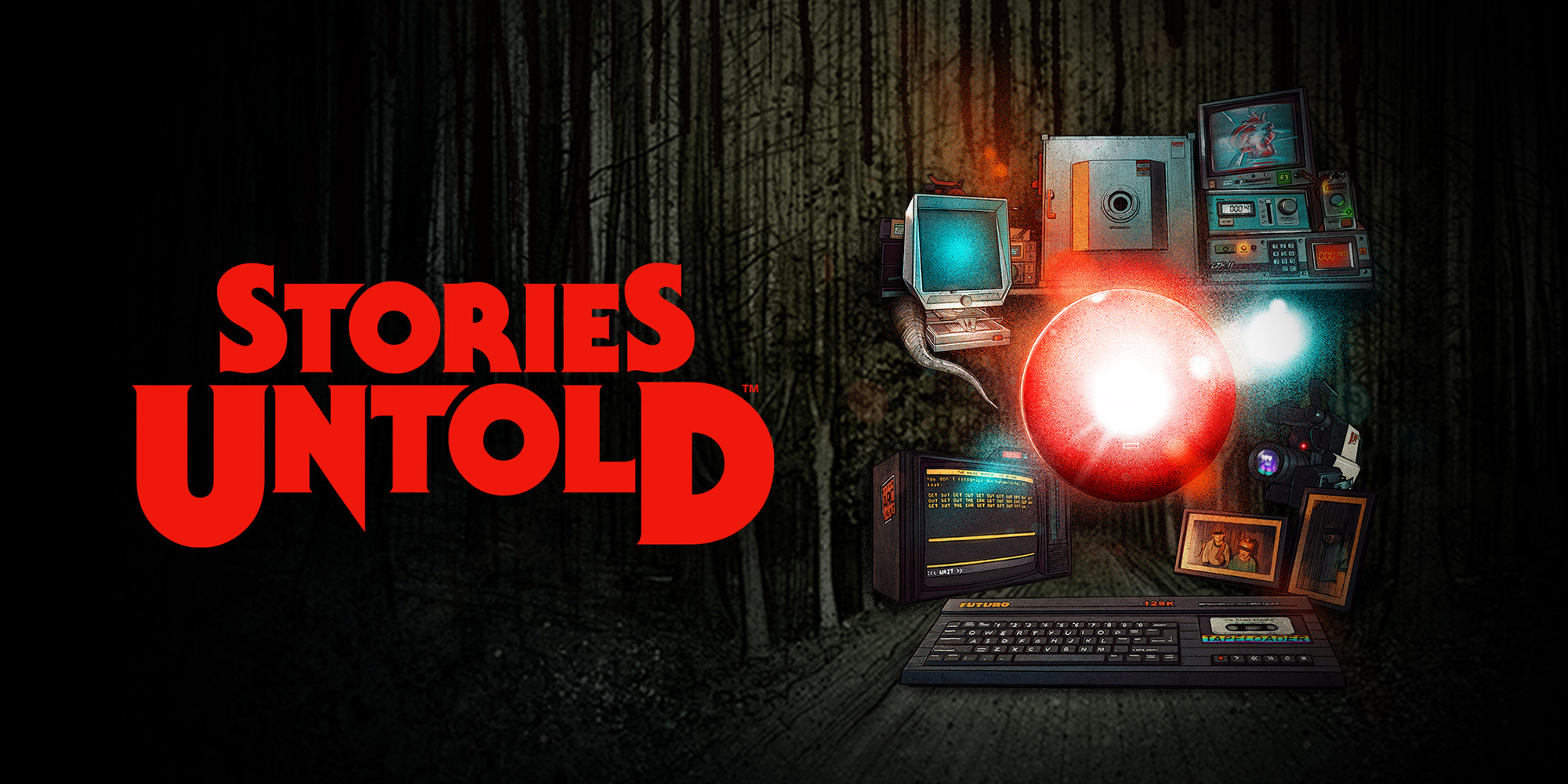 So we may have just missed Halloween with this one, but hell, so did Stranger Things this year. Stories Untold may have come out on PC in 2017, but time is kind to nostalgic throwback horror it seems, because this experimental narrative game, played through a mix of text adventure, experiments, machines and manipulation, hasn’t aged and seems just as effective now as it was then.

A series of four unsettling stories told through experimental narrative devices that could only really work through the medium of videogames, Stories Untold uses in-depth gameplay puzzles to make you tell its stories for yourself. But is this experiment a success, or a grotesque failure?

Chapter 1 is called A House Abandon, the same name given to an in-universe text adventure game. While revisiting the family home after years away, a man discovers more about himself through an old text adventure game. You are presented with a keyboard and screen, and the text starts to flow, and off you go into a small text-based story. Thankfully on console you don’t have to type out every command – presumably, in an effort not to completely kill off player enthusiasm there are command options.

Instead of having to wring your brain for options like Open the Front Door, Pick Up Axe, Use Axe, etc the game helpfully lays out the adjectives and nouns in two menus so that you can at least see what you’re working with. Text-adventure purists might not like it, but I was very grateful, because even though I am a millennial, I’m an early one and I remember having a lot of trouble with these games. There’s a nice 80s vibe to everything, a Stranger Things-type theme playing and slowly the narrative builds to a troubling climax. It’s certainly interesting playing a text-adventure again, but I have trouble believing this genre would ever catch on again outside of a few niche games.

Chapter Two is The Lab Conduct – A Scientist is asked to perform a series of tests, on a strange artifact in a rundown lab. Gradually however those tests become more and more uncomfortable.

In this chapter, you are given more to do than a simple text adventure. Less imagination, more tangible. You are presented with a monitor of instructions and a deck of experimental apparatus, from lazers to audio sine wave amplifiers. Your job is to follow the instructions and work out which machine to use and how to get it to the settings you need. Each experiment is performed on a strange organic heart-shaped form in the vault, and progressively gets closer and closer to having an effect. That is until everything goes very wrong. I won’t spoil it here of course, that would be telling, but it has a pretty interesting ending, that I wish had been more explored in other parts of the game.

This story succeeds in giving that haunting feeling of complicity that only really occurs in gaming. You can’t act in a movie, you are simply a passive observer, but in a game you often have the choice not to do something. So when you are coerced into acting, that feeling can be very interesting. I would say here, that there is no other choice other than the linear tunnel the game is pushing you down and so this particular game doesn’t capitalize on this in the way we have seen in other games.

Chapter 3 is The Station Process – A team of workers stationed in a remote weather monitoring facility in the arctic follow codes issued on a CB network, until it’s clear something is happening outside.

This chapter is a frankly quite baffling series of puzzles. You are a radio frequency machine operator sent instructions in code via digits and passcodes, and sometimes even morse code, and you need to decipher them using instructions on microfiche, with all the left, right, focusing and zooming that that would entail. You then need to input the correct programming code from the microfiche back into the system. Both parts of these puzzles were very difficult and very time-consuming. I like a neat puzzle, but this kind of felt like busywork. It’s not helped by the fact that the story in this chapter is almost non-existent, told almost exclusively through radio transmissions. There was no real tension, and no payoff or interest like there is in the tangible object and reward in Chapter 2. Ultimately this was far far too much work for far too little payoff.

Finally Chapter four is fittingly called The Last Session. A patient undergoes hypnotic regression therapy to uncover the truth behind his incarceration in a strange facility.

This chapter combines the puzzle mechanics you’ve used in the other three chapters, and attempts to pull together the story threads into a satisfying concluding chapter. But I’m afraid it really fails to do so. A patient undergoes hypnotic regression therapy to uncover the truth behind his incarceration in a strange facility. I won’t spoil the ending, but suffice to say I found it almost a cop out, explaining a few scant things, but only in the barest ways, and leaving the biggest questions unanswered.

The puzzles work and flow a lot easier in this final chapter, mainly because they are smaller bitesize chunks and you’ve already spent your brainpower working out how to do the puzzles previously, so now they flow easier.

As an experiment, Stories Untold is a really interesting series of gameplay ideas and narrative delivery options that I hope other developers take notice of. This is how interesting you could actually make things, rather than just point-here, click-this, or quick-time events. Hacking minigames are often so far removed from anything even close to hacking, but I could imagine an analog hacking mechanism using a framework similar to the machines in Chapter 2 or 3.

However as a narrative itself, as a horror game, and as a fun time, it fails too much with its own narrative, and I found the slow methodical gameplay dull. It took so much work to do things in Chapter 3 that I found myself completely alienated from the story. Stories Untold needs more balance. A little of this kind of innovation in a bigger better narrative would be great, or one device of this kind used throughout a smaller tighter game – like In Other Waters, where the whole story is told via a sonar and equipment setup. When we think of incredible incorporated mechanics and a blindingly good narrative, we think of things like Portal. Untold Stories demonstrates some new and interesting things that can be done, but ultimately disappoints on the strength of its own narrative.

An interesting experiment that many players will find too taxing, Untold Stories shows what unique things can be done when telling stories through the medium of gaming, but ultimately fails to deliver on its own narrative.

Stories Untold is available now on PS4 (review platform), Xbox One and Nintendo Switch and way back in 2017 on PC via Steam.

PUSS! Review (PS4) - Not Kitten Around
Rusty Spout Rescue Adventure (Xbox One) Review - Popping Pirate
13 Indie Games To Get Excited About in June 2021