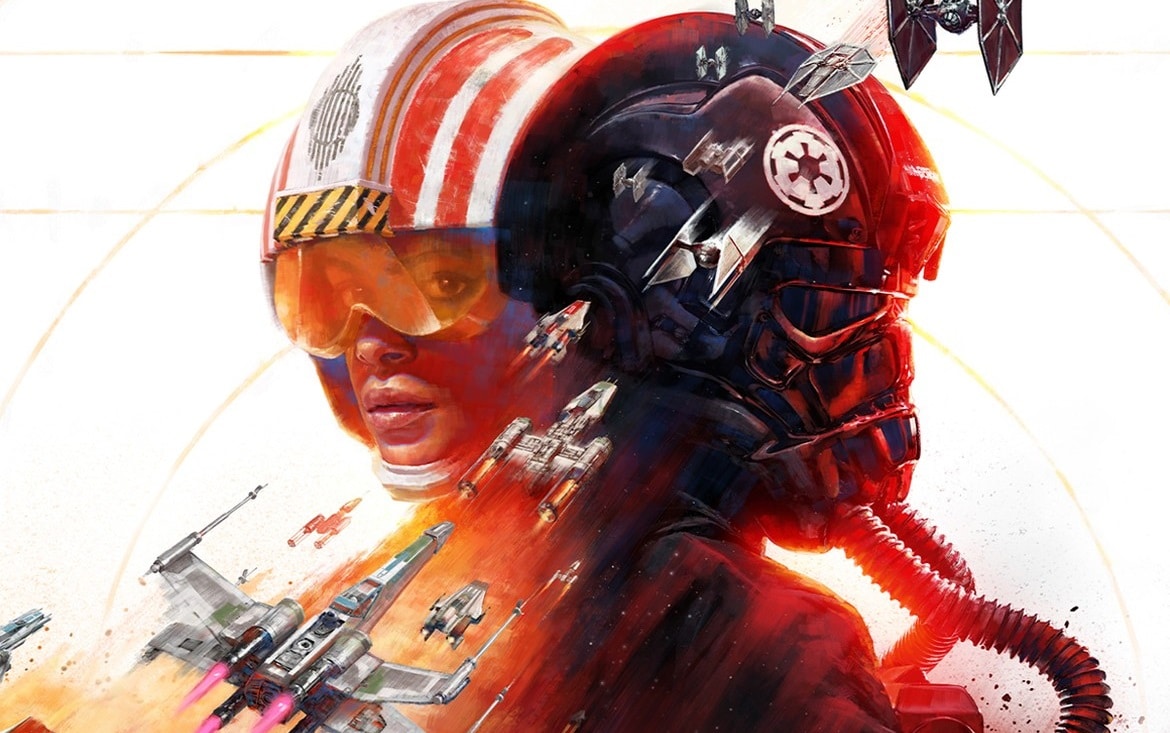 Star Wars Squadrons is a reminder that when Star Wars is done properly, it can be really, really fun. The Finger Guns Review.

Star Wars Squadrons is a reminder that when Star Wars is done properly, it can be really, really fun. The Finger Guns Review;

Even after Jedi Fallen Order, there’s always a level of concern whenever EA decide to announce a Star Wars title. Sure, Battlefront II is a quality product now, but upon launch it nearly caused the license to be revoked by Disney, such was their mishandling of the license. You know when Mickey himself is knocking on your door that something (something, something..) has gone horribly wrong, and there was nowhere for EA to hide. They simply had to put their hands up and say they messed up. Then, they cancelled the Amy Hennig Star Wars/Uncharted title we were all so excited for and suddenly they were back to square one. Jedi Fallen Order plastered over some of the wounds, but it wasn’t universally loved.

There’s probably no one right answer if EA were to ask an impatient gaming audience just what they want from a Star Wars game. Do you want one that expands the lore with new characters? A match-three puzzler with Rey and Finn? Super Greedo Kart? Metal Gear Snoke?

They have to trust their instincts and this time around with EA Motive taking on the license, enter Star Wars Squadrons, a space dogfighter where you tear it around in X-Wings and TIE Fighters and shoot each other whilst Star Wars music and sound effects surround you at all times. I mean. You can’t really go wrong there, right?

I wasn’t immediately sold on Squadrons. I enjoyed the space battles in Battlefront II, but definitely not to the extent that I would fork out to play a full game of it. It looked like a fun game to try one day (and if you’re signed up to EA Play you can play ten hours of it right now. Something I learned after I bought it…) but lo and behold, I found myself watching a livestream and was immediately sold. Flippin’ influencers doing EA’s job for them, it would seem.

I’m gonna throw my hands way up in the sky then, make like EA and say I was wrong. Star Wars Squadrons is the most fun I’ve had with a Star Wars game since Episode 1 Racer on the N64 and you can take that to the damn bank.

From the get-go Squadrons makes you feel like you’re part of the world and that’s exactly what you want in a Star Wars game. You want to feel immersed, like you’re absolutely part of this galaxy far, far away and you’re here for a damn good time, something the more recent titles have failed to do for me. I enjoyed Battlefront II and Jedi Fallen Order, but they weren’t ‘fun’. I digress, Squadrons single-player mode will last you around 6-8 hours, which is mighty generous considering it works more or less as a massive tutorial for the multiplayer segments. The option to select ‘Story’ on the main menu is three across, with the first two blocks taken up by the multiplayer options. It’s pretty clear where the focus is for EA Motive but that’s fine, this is nothing new for the majority of EA Star Wars games.

Fortunately it’s a right laugh. The story is a Star Wars tale as old as time. The Imperials and The Republic – who you jump back and forth controlling throughout the campaign – are all angry at each other so decide to blow each other up in various sneaky ways using you as their pawns to do all their dirty work. Luckily, you’re a badass pilot so the busy work is about as fun as it sounds, tearing it about in every Star Warsey flying mechanism you can imagine to wreak havoc on your opponents. There’s some tale about an Imperial officer defecting to the Rebellion and how he’s just simply accepted without question because the Rebellion are mostly scum, indeed. It’s hardly worth noting throughout the majority of the campaign, only really coming into play near the end.

And whilst it’s short lived, the Squadrons campaign does enough to get you psyched for the far tougher multiplayer matches. You’ll learn how to utilise your weaponry, selecting fully customisable loadouts and the all important 3-system power management levels, where depending on your situation you can send more power to your engines for a speed boost, to your lasers for an extra kick in strength or to your shields for um, better shields. Jumping between three intense dogfights is a key component of the games mechanics, and you’ll find yourself learning how each level is utilised and how your loadouts can benefit from extra power if necessary.

I played most of the campaign with my lasers becoming slightly overpowered at the cost of my speed and shields, the later levels requiring you to find much more of a balance. If you don’t want to push any of them, they’ll all stay at the same level. Every now and then though, it’s nice to get a little boost if you need it.

It’s all just so satisfying. The mechanics feel a million miles away from the more basic movement and weaponry of the Battlefront II dogfights. The weight of the ships feel realistic and maneuverable in a way that just puts a smile on your face. I can give or take the story, the VO performances are bland and corny, there’s barely any characters you’ll remember once the campaign is over (save a nice couple of cameos from classic Star Wars characters) and the dialogue heavy sections between the fun, flying pew pew bits are uneven.

Whilst the ‘briefings’ are useful to keep you afloat of what you’re meant to be up to, they’re explained just as well while you’re actually in the levels themselves, so don’t feel bad about skipping them. You’re going to want to eventually.

Beating the campaign will award you with a custom decal for either your Imperial or Republic ships, with the rest being unlocked as you progress through the multiplayer. There’s a huge range of different ways you can add to how your ship looks, and it’s certainly fun to play around with your look, even if the models are absolutely fantastic and full of the typical EA visual detail you would come to expect.

We all know I’m the least multiplayer-y person on the team. Oh, cooperative, team-based stuff sure, but when it comes to competitive modes I have little interest. The last Call of Duty I played online was released in 2008. Outside of review purposes, it holds little interest to me.

That is, until I gave Squadrons’ modes a go. There’s something about this game that hits the bit at the back of your head that reminds you how awesome Star Wars is, and that flying a spaceship and shooting others out of the err, space is great fun.

Dogfight is your standard 5v5 mode, with the team objective to hit thirty kills first. It took me a while to get used to the defensive side of battle, like redirecting shield usage and missile evasion, but once you start getting into it, it’s an absolute blast. Coordination goes out the window, and there’s no real team strategy. Oh sure, you can mark out targets for your team to focus on, but otherwise it’s every pilot for themselves.

But for that “proper” Star Wars experience, you want to get involved in Fleet Battles. Unlocked at level five, these are the meat of Squadrons’ multiplayer. Still five-man teams, this mode sees you tasked with destroying an enemy flagship by the end of it, whilst defending yours. It start with a dogfight, in which killing more human and AI ships boosts your morale enough for your attack cruisers to move forward. This grants you stronger firepower to take out their cruisers, before exposing the flagship.

All the while, the other side are doing this to you, and you’ll see the morale bar at the top of the screen waver back and forth depending on the tide of battle. You can accrue points by taking out the AI, as well as human kills, before psyching yourself up to attack the flagship. These are no pushover, mind, and it will take skill and balls of steel to take out shield generators and weaken them overall.

They’re not quick, mind, as each match has a generous half hour timer for it. You’ll flit between offensive and defence as tides turn, but it’s an absolute blast to get involved in a large scale battle. Get some mates, assign yourselves the appropriate Red numbered callsign and get stuck in.

Star Wars Squadrons is a terrific dogfighter, reminding you beyond anything else that Star Wars, when done properly, is supposed to be really, really fun.

Star Wars Squadrons is out now for Xbox One, PS4 (reviewed on PS4 Pro) and PC.

Disclaimer: In order to complete this review, Greg and Rossko each purchased a copy of the game. For our full review policy, please go here.

3 thoughts on “Star Wars Squadrons Review – Review to be Read, Standing By…”