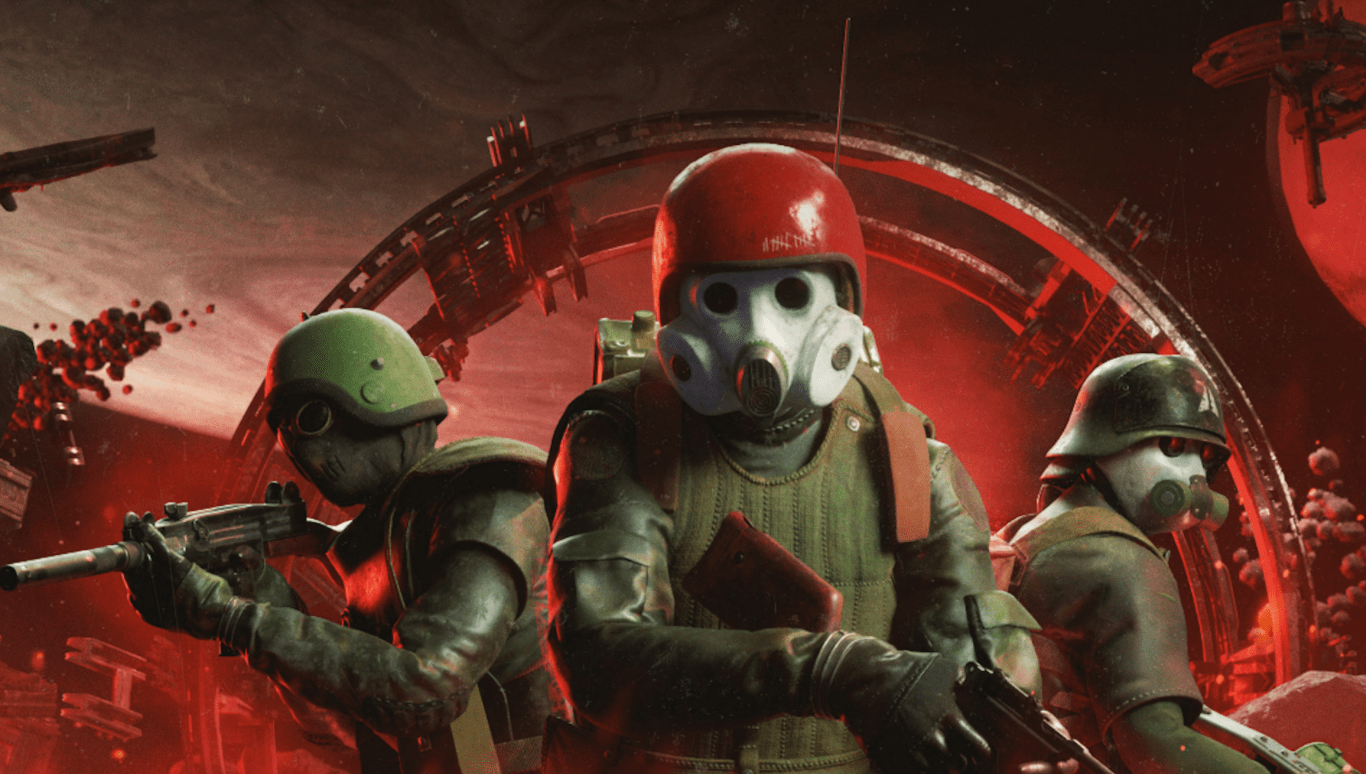 Space is a big place, but not big enough for humanity to let go of its grudges. The year is 1992: the Great War continues to rage. Earth is no longer habitable, destroyed by the hubris of man. Now, the solar system is a refuge for the remnants of humanity, industrialised and habitable but low on creature comforts and survival is difficult. Despite all the destruction, despite the apocalyptic nature of the last 70 years, the war continues, consuming what little remains of mankind…

Marauders [Steam Link] is a new entry into a genre created by a game it will draw inevitable comparisons to; Escape from Tarkov, and more recently The Cycle: Frontier. Releasing into Early Access on October 3rd, it is also a hardcore persistent looter shooter, but with a much different setting. Whereas Tarkov focuses on the modern day, Marauders instead takes place in an apocalyptic industrialised solar system where the remnants of humanity duke it out and vie for control of what little remains. The Central Empire, United Allies and the Kingdom Alliance are all at each other’s throats, and where there is war there is money to be made. The player is part of a loose fourth faction, the Pirates, and operate as the eponymous Marauders, scrabbling to survive a harsh existence by scavenging and raiding from the other factions. The main factions tolerate the Marauders and often contract them to harass and weaken their enemies, and this is the job of the player in game; Loot, Kill, Escape.

Well, in my case it’s more like Loot, Die, Repeat. In some ways, Marauders is even more hardcore than Tarkov, a game renowned for its difficulty and sometimes obtuse mechanics. Whereas in Tarkov you have a secure container (which has more than a few nicknames…) in which you can store a limited amount of equipment in each raid, and even secure some loot there if you wish, Marauders has no such safety option. Instead, you risk everything, both that which you take in and that which you loot over the course of a mission.

In Marauders, you’ll deploy into a mission in a spaceship – to begin with, it’ll just be a rustbucket with basic guns and little durability, but you can upgrade to bigger and deadlier ships later on. These ships are used to traverse the maps and deploy into structures such as asteroid mines or terraforming locations. Other ships can intercept you on the way however, and either destroy or try to board your own ship.  Navigating a safe path to the structure present in the system is important, but to do so you’ll need to avoid defensive turrets, and the ever-looming threat of other players.

Once docked, it’s time to explore and loot as quickly as possible, as you’ll be on a timer; oxygen is limited, and you only have 25 minutes to find as much loot as possible and extract afterward. In such a desperate setting, anything is useful, from bits of metal and food to weaponry and armour, and your space is limited. Choosing what you want to loot is paramount, and important for being able to build up a stockpile of equipment for future raids.

AI opponents, such as escaped prisoners on an overrun penal colony or special forces defending their stronghold, roam the buildings and are a source of equipment. Unfortunately, there are a few issues with them; they often don’t respond to players presence or have a knack of just turning and staring into walls. I’ve seen then spawn literally 2 metres in front of me and shotgun me to death with no chance to respond. They’re reluctant to use cover and just charge a player, making an easy target. Unfortunately, these problems are symptomatic of problems with the game as a whole.

The aforementioned space battles have some intrinsic problems that will always put new players into a position where they can’t really win, to the point they don’t even get a chance to go and loot in the first place. Players in bigger ships are almost unbeatable to new or less skilled players in their barely holding together ship; it is possible to board, but a good player (which are usually the ones in the big ships) will just shoot down the boarding pod too. It’s an unfair system that will just concentrate progress in the game to those who are early entrants or just good at the game. Another problem is that a lot of players don’t even bother with the ground combat; they just dock camp and destroy ships as they come out after a successful looting spree… it’s just not a fun strategy to have to deal with, and as you’re undocking you’re an easy target. It’s very frustrating to fight through a mission, do really well and find some loot that will really help you… and then immediately get blown up whilst leaving the station as they know what path you’re taking, and you won’t know where they are for a crucial couple of seconds.

The ground battles, too, have problems. Armour and weaponry is hard to come by for new players, and very expensive to purchase from traders, costing raids worth of loot for 1 gun. Those who know them game well or were lucky enough to progress early on, have a massive advantage over those who come later. They’ll have stockpiles or medicine and backpacks to fall back on, to maximise their potential and looting capacity, whereas new players don’t even have the option to buy them. It is possible to craft equipment, but the crafting prices are high, and you need to unlock them over time, which means once again that experienced players will always have an advantage. Movement is ok overall, but jumping is terrible, as is peeking, and the player makes a lot of noise when moving even if slowly. This means sneaking is pretty much impossible to do, which requires a player to run and gun a lot instead. This playstyle favours group play and a solo player will always be at a distinct disadvantage; whereas in Tarkov a solo person can just try and sneak around and get the drop on a another player or group, this isn’t really possible in Marauders.

There are a lot of weapons in the game, which run the gamut of pre WW2, WW2, post war and even slightly more modern weapons such as the M16. There are some unique weapons I’m really happy to see, that are rarely seen in games, such as the De Lisle carbines or the ViperMk1. The normal range of weaponry is here; shotguns, assault rifles, smg’s and so on. There are a few customisation options but these are limited to magazines, stocks and muzzle attachments. Unfortunately, compared to its rivals, the customisation is rather paltry.

Progression and contracts are present, but also difficult. Over time you can complete contracts to gain equipment, such as guns and armour, by handing in crafting materials amongst other mission types. There are also random daily contracts you can complete for the various factions to level up the various faction traders as well as receive rewards such as more guns. Unfortunately, many of these missions and contracts have difficult requirements and without an extensive knowledge of the game, they wouldn’t be possible to complete without a bit of luck. The map you enter into is random, and if you’re unlucky you won’t actually enter into the maps you need to progress, which I feel needs changing and map choice should be a player factor, not down to randomness.

Finally, there have been quite a few bugs I’ve encountered; this ranged from large scale stuttering, frame drops, AI glitchyness, and some mechanics not working such as accessing the escape hatch in your ship. It feels like the game is just unfinished in some places and needs several more months of development before it should have been released. It is an early access title, but some of these issues are rather debilitating for a player and need to be dealt with.

Overall then, Marauders needs this time in Early Access. There are some promising aspects to the game that I hope are developed further, but I am concerned about some of the design decisions and what they mean long term, especially for new players. I feel like the game needs lot more polish, but I also feel like some of the underlying game design needs adjusting in order for it to be a compelling game for any but the most hardcore. This is an Early Access title however, and I’ll keep my eye on future updates to see whether improvements have been made.

Marauders is launching onto PC Early Access via Steam on October 3rd, 2022.