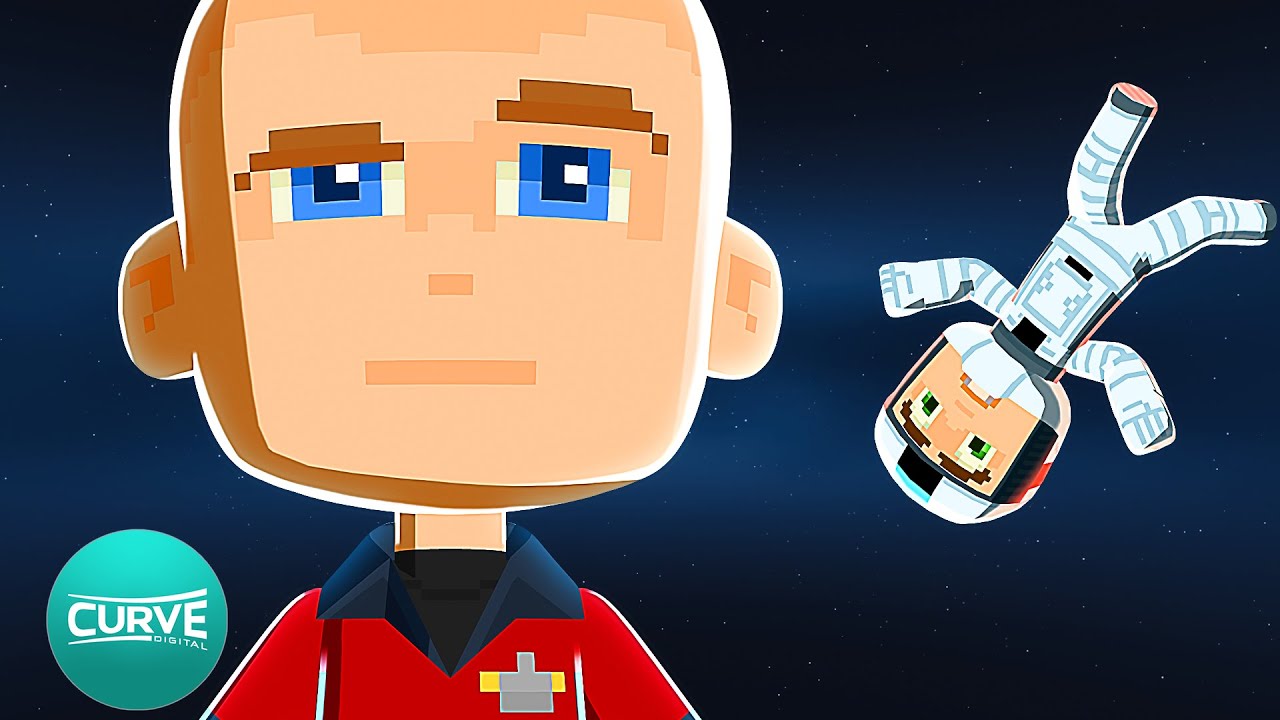 Space Crew takes the ship management series into space with a fun if unsurprising follow up. The Finger Guns Review;

Right then, listen up cus I’m only gonna say this once. Maybe twice for effect BUT DEFINITELY NOT THREE TIMES. My name is Colonel Lieutenant Dan Forrest Lethbridge-Stewart Gump. Yes, we’ve met before on our previous perilous adventure to save the world under the codename ‘Bomber Crew Review‘ way back in 2018. Our mission was naturally the most successful of all time and we were rightly commended by the board of Metacritics for our fun and engaging bomber game where you could paint your planes and not think about the literal armies of soldiers we were blowing up in the process. But eyes up, space marines. That was then and this is now and we’ve got a whole new mission ahead of us. Pay attention, this is gonna get messy.

The year is 2159. After our previous efforts the men upstairs have deemed us worthy to be shot into the outreaches of space in order to save the universe from extra-terrestrial threat. Now, I wouldn’t normally care about this kind of thing and did suggest we as a crew were far more suited on ground-level combat but it turns out the earth is part of ‘space’, ergo, my interest peaked. So here we are. I hereby declare us, the greatest Bomber Crew in the world, will henceforth be known as SPACE…CREW.

I enjoyed Bomber Crew, though I confess I was never completely in love with its mechanical intricacies. It’s not an easy game, and if you spend your life primarily playing action adventures (hello), then the Crew games are going to be a change of pace that the title of the games may not immediately give away. Bombing, yes. But we’ll get there, there’s plenty to be getting on with first.

Space Crew retains the uncompromising stress of Bomber and launches it into the stars, albeit with its foot off the gas somewhat. The focus is very much on the ‘Crew’, as you control the collective team upon your fancy ship individually and all at once. Similar to Bomber, Space shares its humour and colourful art style, luring you into a false sense of simplicity and general glee. Something that became immediately clear is Space has, in my opinion correctly, simply relaxed the mechanics. I never felt particularly in control whilst playing Bomber Crew when hitting the later stages and Space has introduced a level of calm to proceedings, simply taking a step back and letting the player focus a little clearer on each crewmate without worrying if you’re setting another on fire, for example. There’s a more tempered balance to proceedings, which certainly makes Space a little easier to jump into, but certainly pulled the rug from what I was expecting after sinking hours into its predecessor.

Still, your hub space is a tad more interesting this time around. Rather than a military compound your starbase is futuristic and full of places to prep your crew for the upcoming proceedings. Exploring the base you’ll find various areas for crew gear (equipping crew with the necessary, um, gear), Training (unlocked after members of your crew hit level six to unlock skills), Spacecraft (where you can equip upgrades such as superior weaponry, shields, bought with credits earned during completed missions), the Mess Hall where you can keep up with your stats and progress and a mission selection screen where you can choose where and what to do next, if you fancy something a little less hectic to earn some credits low risk missions are available (though it’s not always the case), you can select it here before you jump back into the full assault stages.

You have six crew members across nine stations, so you’ll be jumping certain crew members back and forth and back and forth throughout each mission. There’s no real system to proceedings, it’ll be just whatever your ship requires a crewmate to do, that’s where they need to be heading. If gunners aren’t doing an awful lot before engaging in combat, you can send them to engineering to up power levels and the like, or collect deliveries from the landing dock.

Engaging in full combat is a little strange though, and there’s where the ‘management’ aspect of Crew games comes into play. You’re not able to directly target your enemies, rather just watch as your crew sprays into the void in the sheer hopes they’ll hit the enemies (the dastardly Phasmids), with each takedown earning you XP (even though you don’t feel like you’ve really done an awful lot to earn it.

To attack your foes you’ll first need to tag their whereabouts, and this is where your Focus mode comes off the bench to demonstrate its powers. You’ll need to do nothing but find your enemy in order to tag them, and from here your officers will attack in a just-about-but-not-quite-Stormtrooper kind of targeting way. You’ll come to be using Focus mode a fair bit during your missions, tagging locations for hyperdrive jumps and your swanky base to land your ship.

The Phasmids are a worthy adversary, and it’s not easy to blow them into tiny space pieces. In the early stages they’re quick and nimble until they appear a little further on when they begin to board your ship and you’ll need your weapons specialists and security officer to ensure they weren’t down on your party list pronto.

One of my absolute highlights of Bomber was the customisation options you could tinker with on the side of your plane, adding imported photos and meshing colours, adding text and essentially personalising your planes. Space Crew naturally expands on its predecessors best feature but allowing you to customise an entire damn spaceship, which opened up endless possibilities and naming my ship ‘The Great ESPACE’ probably made me laugher than it should have done. It’s always fun to tinker with custom options in video games and Bomber Crew is no exception. Joyous.

A glaring issue with Bomber Crew was the controls. Namely, the clear and obvious ‘mouse and keyboard’ design of the game which didn’t translate over to a DualShock 4 all that well. It was a little confuzzling at first and seldom recovered throughout my playthroughs. One could argue it’s not the fault of the game per se, it’s just been a persistent battle to work out just how to port games designed for a mouse correctly and effectively. It’s only really Two Point Hospital that nailed it and thankfully Space Crew feels a lot more comfortable than Bomber ever did.

Yes, it’s still a bit fiddly, and controlling your crew can be difficult – rolling through the selection bar whilst in a heavy combat situation just isn’t a practical solution and really needs simplifying – and newcomers to the series will no doubt find the layout a little cumbersome to begin with, but over time it felt far smoother and the muscle memory kicked in a couple hours into the game.

The control icons remain on the screen more or less throughout the game, so you know what to press, it just never feels all that natural. But like I said in the Bomber Crew review (link above), that wasn’t a great advert for controller mapping. Space Crew feels a little better, which is a result.

(Of course, if you’re playing on Xbox One, just plug a mouse and keyboard in and you’re away)

Space Crew then takes the template of Bomber Crew and if anything it’s a solid and worthy follow up, even if there still isn’t a brilliant game hidden under the cracks and doesn’t really do anything particularly better. It’s still a burdensome slog to navigate your crew members’ specific movements and there’s not an awful lot here to really pull you into the ‘ship management’ genre if you’re not already a convert.

Further down the line there’s a sense of deja vu in the missions, and you’ll begin to grind out victories using similar tactics over and over again, perhaps speaking to the lack of real variety once you’ve cracked the mechanics. The custom options are once again an absolute delight and offered up an extra level of enjoyment out of a game that’s full of charm, infuriating, rewarding, frantic and when everything goes well, really rather satisfying.

Space Crew shares the DNA of its predecessor Bomber Crew and utilises its strengths in interesting and engaging ways, and is a worthy follow up, though the fiddly controller mapping means you really should be playing this on a PC.

Space Crew is out now on Nintendo Switch, Xbox One, PS4 (reviewed on PS4 Pro) and PC via Steam.

1 thought on “Space Crew Review – Bomber Me Up, Scotty…”