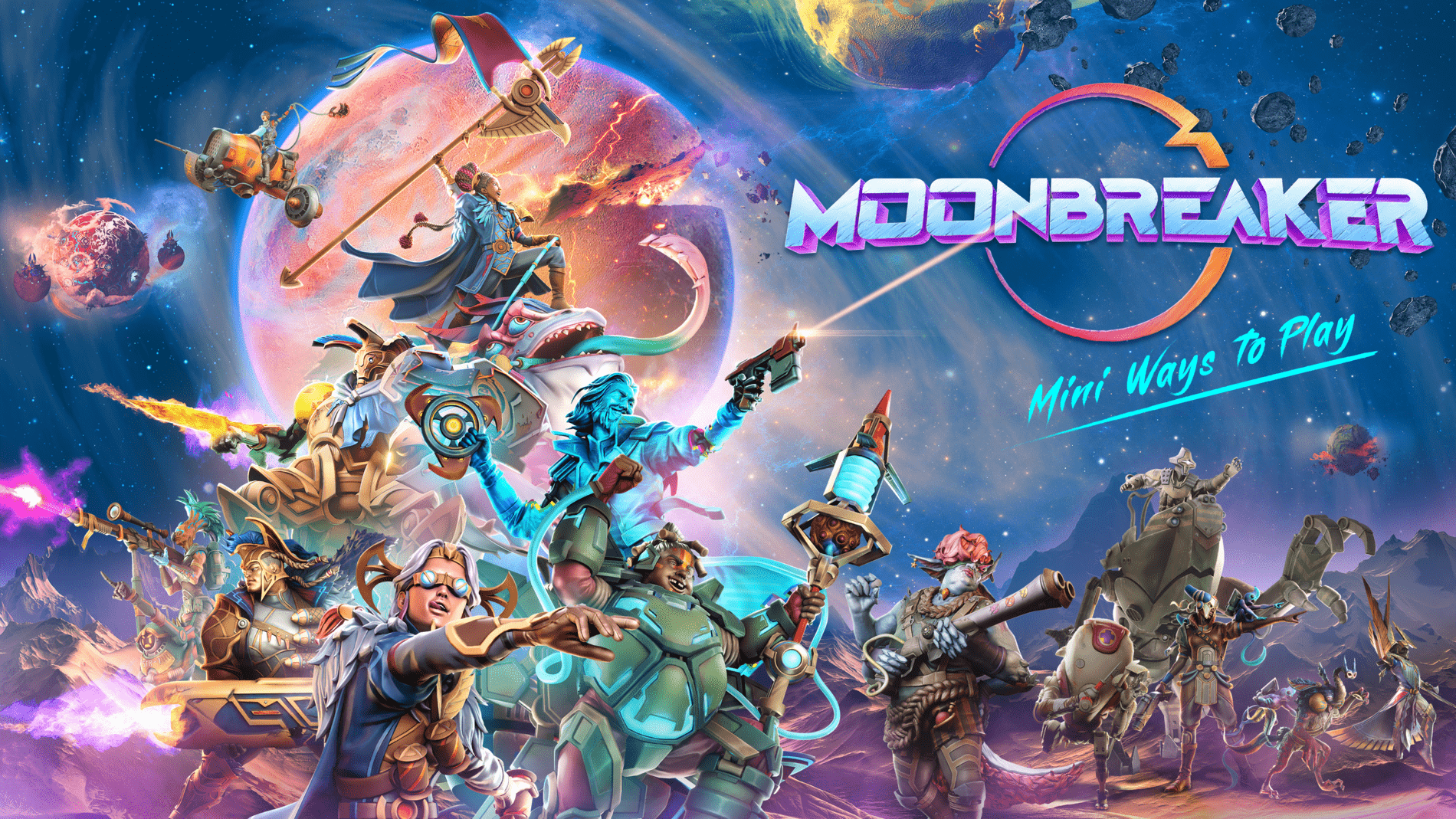 If turn-based strategy and tactics games are your jam, you should have Moonbreaker on your radar.

Set in an original sci-fi universe, it’s shaping up to be an engaging and intricate strategy title. Not only that however, it’s also bringing in a host of options to make this tabletop experience a wholesome and personable experience akin to your own Warhammer collection.

I spent a couple hours playing one of Moonbreaker’s open access periods this weekend, with the second scheduled for next weekend (September 16-18th). If you need more convincing to entice you into giving it a go, then read on, you should.

First things first, you should know that Moonbreaker is going to be a hugely in-depth and ever evolving game. Just from the early access periods you’ll be given options to customise your captain and the crew you bring along to fight alongside you. There were 3 leaders available, all of which have their own unique abilities to shape your playstyle.

Couple this with dozens of individual units that you can add to your battlefield rosters, there’s a massive level of scope for how deep this game’s meta can go. Over the course of numerous matches I got to experiment with so many unit varieties, each with their own active skills, passives and abilities, it was actually pretty overwhelming. But, never in a negative way.

An unexpected counter here, a creature levelling up after each successive attack there. I was often figuring out a strategy on the fly, only to then realise a host of new options when a combatant did something utterly unexpected. It created a real sense of fluidity and emergent gameplay that had me hooked, especially when playing against other people also figuring out the intricacies of what was possible.

Aside from unit and roster customisation, there’s an even more in-depth painting tool that was shown off, whereby you can customise the look and paint job of every unit you have available to you. You can go complete artistic Rambo on them, creating a hideous multi-coloured abomination, or if you’re so inclined, take your time to make each unit its own unique figure to you.

I imagine at the full release, with the suite of what will be available, it’ll be a fantastic time-sink for people to personalise and add a unique flavour to their experience with the game. The painting options are incredibly detailed, including being able to finely colour even the tiniest section of armour. It’s lovely stuff.

For these beta periods, there are 3 modes available to try out: vs humans, vs AI and a cargo run mode. Nothing too fancy, but it shows off multiple facets effectively. The AI for the most part was pretty competent and could put up a decent fight, though its ability to strategise and prioritise targets was a bit lacking. More than once I abused the fact it would always go for the closest enemy rather than the important one, which allowed me to overcome it with relative ease.

Against humans though, that’s a whole different stratosphere. There was a clear meta emerging with most of my opponents using the same captain, but the beauty of Moonbreaker was that despite not using the meta units, I still could overcome them using different strategies. On two occasions (like in the screenshot above) I was completely outmatched and on the verge of loss, but smart use of your abilities and unit movement can mean shifting the tide even when it seems impossible.

Per turn, each unit can move, attack and use abilities. Abilities require points to deploy (the meter at the bottom), while they’re also needed for calling in more forces or reinforcing to make units from your roster available to call in. At the start of each battle, each player selects 1 of 3 combos of special moves, such as an orbital strike or a corrosive cloud that increases damage dealt on targets, which recharge over time.

Between abilities, specials, units and captains, the potential options are nigh-on limitless and because of this, each match felt fresh. I didn’t touch my own roster at all but even facing up against different compositions meant I used my own troops in completely new means when I had to come up with a solution. Movement and use of terrain is significant in Moonbreaker, and some of my victories came more from blocking the enemies’ ability to move and out-maneuvering them than through sheer firepower.

The cargo run mode was a typical gauntlet style option, where you select a pre-made roster and attempt to win 5 battles in a row vs the AI. It was a decent diversion, and it contributes to seasonal battle-pass like rewards with XP gains, but again the AI just doesn’t hold a candle to playing against other thinking beings.

Speaking of XP, those seasonal rewards include various banners, icons and other bits. Units you use in online battles also earn XP and it looks like there’ll be varieties of units (e.g uncommon to common etc etc), though how this plays out in the main release will be interesting to see and whether the change from a lower quality to higher one brings any gameplay-altering effects or not.

Moonbreaker [Steam Link] is looking great at this point as a result. The offline, AI battles will probably be lacklustre and won’t be able to hold competent players for particularly long, but the options are endless in terms of online play, which is where the real draw is. Having played a couple of hours this weekend, I’m excited to jump back into it in the next testing period and it’s gotten me hyped for its planned release on September 29th. Perhaps, you’ll be hyped too. Give it a shot next weekend and see!