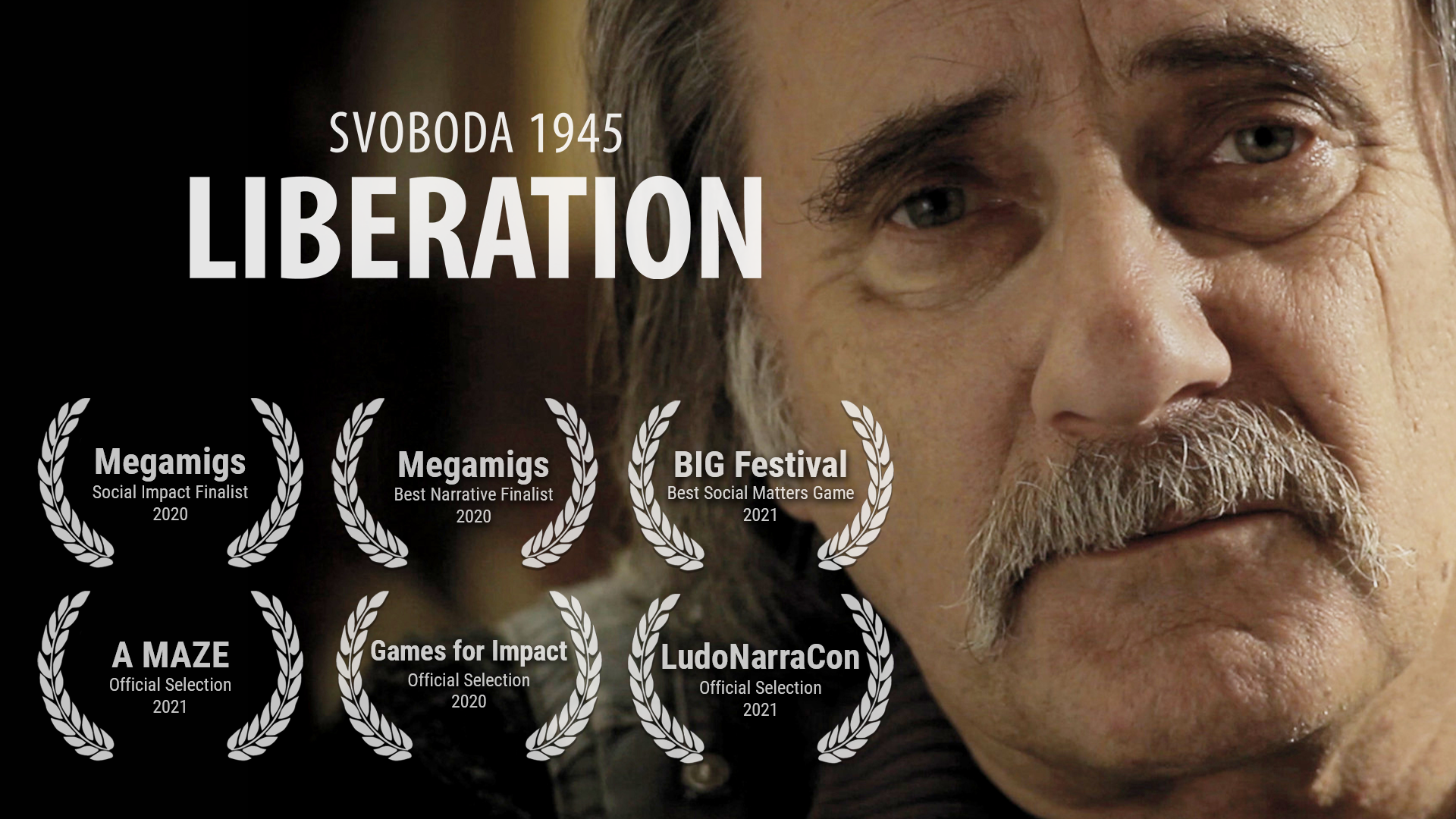 Svoboda 1945: Liberation is a lesson in the grey areas of a post-World War II Europe. Now on Switch, this is a must-play: The Finger Guns Review.

Svoboda 1945: Liberation is a lesson in the grey areas of a post-World War II Europe. Now on Switch, this is a must-play: The Finger Guns Review.

In the age where mainstream first-person-shooter glorify the horrors of war – creating heroes and presenting history as a one-dimensional action film, Charles Games‘ Svoboda 1945: Liberation handles the subject of war with such care and respect. The game serves as a harsh reminder that nobody truly “won”, rather we survived with our humanity – though not without mass casualties.

Depending on where you’re from, the history of Svoboda may range from familiarity to completely unknown. Whilst this story is fictional, great attention to researching the facts and survivor accounts add legitimacy to a part of history I personally didn’t know about.

In this game you play as a history surveyor tasked to gather information about a school in Svoboda with an uncertain fate. Your research will determine if the school is to be demolished for future developments or should remain as a historical landmark. You’ll speak to the locals, each of which has their own history tied to Svoboda and the school which still stands from the end of World War II.

I won’t reveal too much as peeling back the layers of history at your own pace is part of the magic of this game. During the occupation of Germany, Svoboda was a Sudetenland. Many Germans were born or grew up there. Having people from all walks of life reside in such a contentious area makes for strenuous relationships. The surveyor discovers very early on that their own family also shares a history with the place, bringing a personal mystery to the forefront of the job. Discovering the involvement plays out alongside the state of the school.

Sifting through the evidence and talking to all the locals is key to completing the game. I was instantly drawn into the story – the depth of the conversations and all the researched history that’s spoon-fed to you was intoxicating. Every character has their own motives and beliefs that you learn on the way without bogging it down with plain exposition. Instead, you read between the lines and if you talk to each person enough, information overlaps from different perspectives.

This felt like an important theme that Charles Games wanted to get across – as history is often written by the victors – Svoboda 1945: Liberation pokes at the idea that there’s always two (if not more) sides to a story. Whilst Nazis are a clear definition of evil, German civilians suffered the consequences of political actions and at the end of it all, the human struggle was shared by all.

Pieces Of A Puzzle

In broad strokes, Svoboda 1945: Liberation plays as a point and click adventure. Modern day sections see you interviewing the locals, which are played out in FMV. Choosing your line of questioning is important as it often closes off the other option(s). The acting in these scenes are incredibly authentic, every character feels well realised and all have so much history tied to Svoboda in their own way. The characters speak in their native vernacular, furthering the immersion of the experience whilst also subtly identifying where they come from. Scenes are impressively written, showcasing hints of storytelling and character emotion whilst weaving into the telling of history. It’s up to you when picking who to pay attention to, all of them speak factually but the sense of allegiance, political stance and perspective ruminates throughout the conversations. The character’s motives put to question how you will decide the fate of the school, resulting in multiple endings depending on how you tackle the objective.

As the locals tell you moments in history, there’s a mixture of archival footage and well-crafted graphic novel style panels that visual them. In some instances when you’re taken through history, you’ll come across contextual minigames; they’re usually something familiar like blackjack or a light farming sim. All of which are easy pick up and play whilst placing you first hand into the story being told. It’s intuitive design that further draws you into making this history lesson also a personable one. The game doesn’t have a long run time before completing it, but after finishing the game you’re invited to continue and find out as much as you can by exploring all of the dialogue options.

A lot is unpacked when going through the story; names, dates, motivations. As someone who’s not great remembering a lot in a condensed time, I was happy to see that anything learnt is filled out in an encyclopaedia. This encyclopaedia can be referred to at any time, the language used in the game assumes you know the basics already, so to have the ability to familiarise yourself with the more esoteric phrases on the fly is a welcome mechanic.

The multimedia approach to Svoboda 1945: Liberation’s visuals wasn’t something I anticipated working so well, but they’re so expertly crafted, all visual styles synchronised into a cohesive experience. There’s a rhythm to the blended visuals that offers a pace that never seems to falter. Whilst there’s nothing enthralling about a small village town, the cinematography still achieves to evoke the feeling of a forgotten place that’s haunted by its past.

The music is minimalistic, varying from folky to suspenseful. It’s far and few between in the game generally speaking but I think it’s to make room for the scenes to breathe and not be a distractor. A real highlight however is the use of sound effects peppered in whilst the graphic novel scenes play out. The Foley used adds a layer of depth to each scene – whether it’s the crack of gunfire or the clinks of pint glasses – every sound brings life to the scene.

Although this is a port to Switch, the additional capabilities it provides doesn’t add or negate value to how you play this game. After attempting the touch screen controls, I found it far more useful to just use the standard controls. If anything comes from its Switch release, I hope that it finds a wider audience for those without PC. Indies are always welcome on the Switch and despite it not benefiting from Switch’s unique capabilities; it does bring it to a new platform, and for good reason.

Svoboda 1945: Liberation defines why some stories should be told in the medium of games. This multimedia experience is filled with impactful emotions and hard truths that are long overdue in lesser known war stories. Although its short lived as far as games go, the lessons you learn are so unique that Charles Games has set a precedent in storytelling.