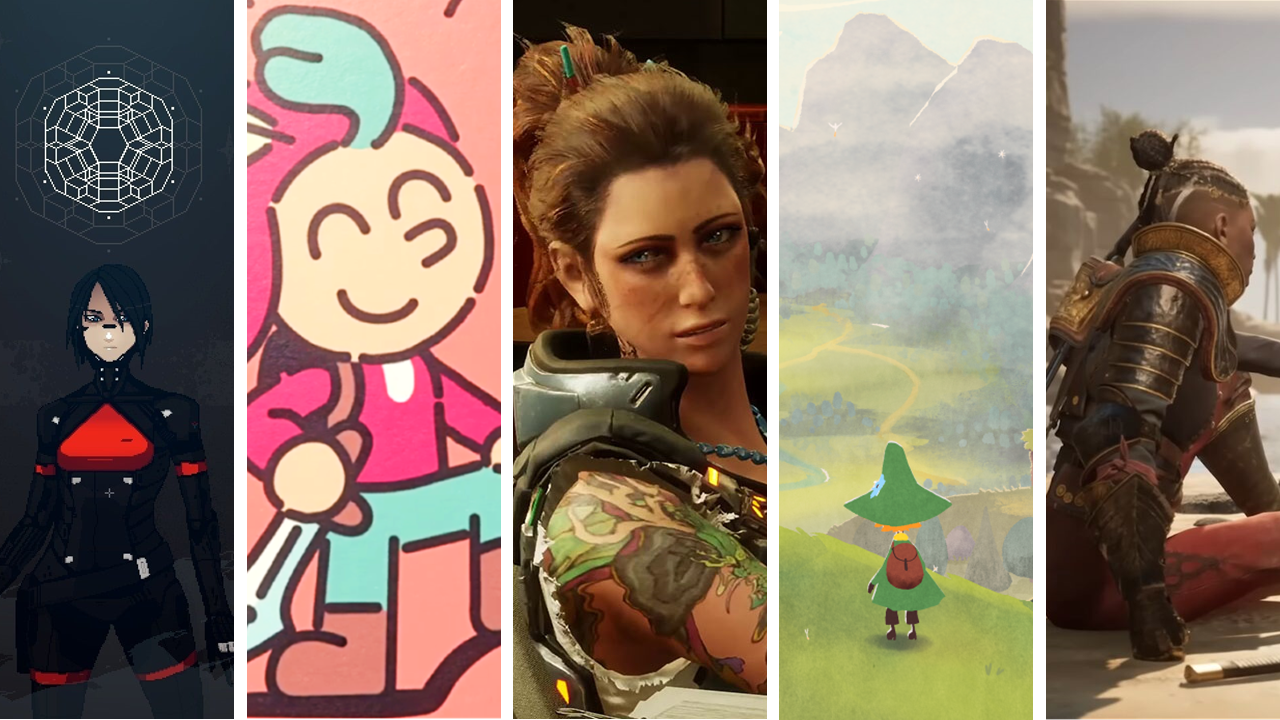 Not enthused by Starfield? Bored by Last of Us? Never fear - here's 20 other games from Not-E3 2022 that flew a little more under the radar. Check them out!

So, we’re a week on from the busiest week each year in all of gaming; Not-E3. There have been announcements and updates galore, release dates everywhere, gameplay and cinematics, and more reasons than ever to be glad you have the greatest hobby on earth. There is no need to be tied to one console or another, as they are are all amazing and the games line-up ahead is stellar.

This is simply a list of my top 20 favourite trailers from the Not-E3 week, but there are no rules and no order necessarily except to say I’ll steer clear of the biggest games that don’t need any more publicity. We’re just talking about great games that I think you should know about. Hopefully, there’s something here in my taste, that appeals to yours.

Bullets. Beauty. Badass. Says it all really. Check out the bonkers gameplay and slow-mo carnage in the latest Gungrave game, a third-person hack, slash and gun kata gorefest.

One of my absolute favourites on the horizon – this trailer is Kojima meets Tarantino, and Wanted: Dead is shaping up to be the craziest execution-filled mayhem this year. Don’t underestimate this one!

Gorgeous 2D metroidvania more in the vein of Metroid than most. Beautiful pixelart, stunning transforming armours, and a flying teddy bear companion.

Alaloth – Champions of The Four Kingdoms

Great-looking top-down, Diablo-style RPG for anyone stung by Immortal and can’t wait for IV.

The barely-restrained eco-warrior in me cries out for this – beautiful terraforming game reclaiming barren worlds, and making them gorgeous again – a backwards Sim City.

The Moomins are a childhood favorite, and still haunt my dreams in my thirties. The idea of being able to explore their world as Snufkin is something I didn’t know I wanted, but damn it looks lush.

If you like narrative games or visual novels Coffee Talk and Its new sequel should be on your radar. Slice of life, make your customers a drink and listen as their stories unfold.

It’s mad to think this graceful and brutal sci-fi hack and slash comes from a one-man dev team!

Gorgeous trailer, that you really have to finish to appreciate, this is now my favourite upcoming indie platformer. Just so charming, original and different.

A new Souls-like from Team Ninja, behind the Nioh series – this time exploring Chinese mythology and folklore through brutal unforgiving combat.

Combining long and short-range combat and weapons via magically joined sisters, is a compelling take on third-person combat. Soulstice looks like a lot of fun.

With all the demakes around it’s nice to see an original title – Signalis looks like the absolute original Resident Evils, mixing zombies with cyberpunk.

2D on 3D sprites in JRPGs are a favourite of mine – Sacrifire looks like a long lost episode in the original Star Ocean games, and I’m so here for it!

By the team behind Inside and Limbo, Cocoon is a top-down platform puzzler, starring a man with beetle wings instead of arms.

If there’s not enough Persona in your life Eternights is a dating sim by day, and a dungeon crawler by night. Every now and then anime games are really worth it – let’s hope this is the case fo Eternights.

A decade or more in the making, Routine is an Alien Isolation-like first-person horror featuring gaming’s scariest droids. Why do they need teeth?

I get Aragami vibes from this – Ereban Shadow Legacy is an awesome-looking stealth title mixing sci-fi robots with smoky shadow powers.

Third-person action in the wild West, but full of Zombie demons – count me in! Evil Dead’s latest trailer blasted in without a showcase to call home.

One of my favourite games of all time, A Plague Tale is getting a very worthy-looking sequel. The graphics are staggering for an indie studio, and the narrative looks just as tear-jerking and wonderful as the first time. Plus rats, light-based stealth gameplay, and more rats.

That’s the lot – as if that wasn’t enough. Hopefully, something here takes your fancy – Not-E3 may have seemed a little light compared to last year, but it’s clear the games were there if you knew where to look. Right here!

Scarf Review (PC) - Pulling The Wool Over Your Eyes
When The Past Was Around Review (Xbox One) – Love Is Fleeting
Real Heroes: Firefighter (PS4) Review – Shake and Bake