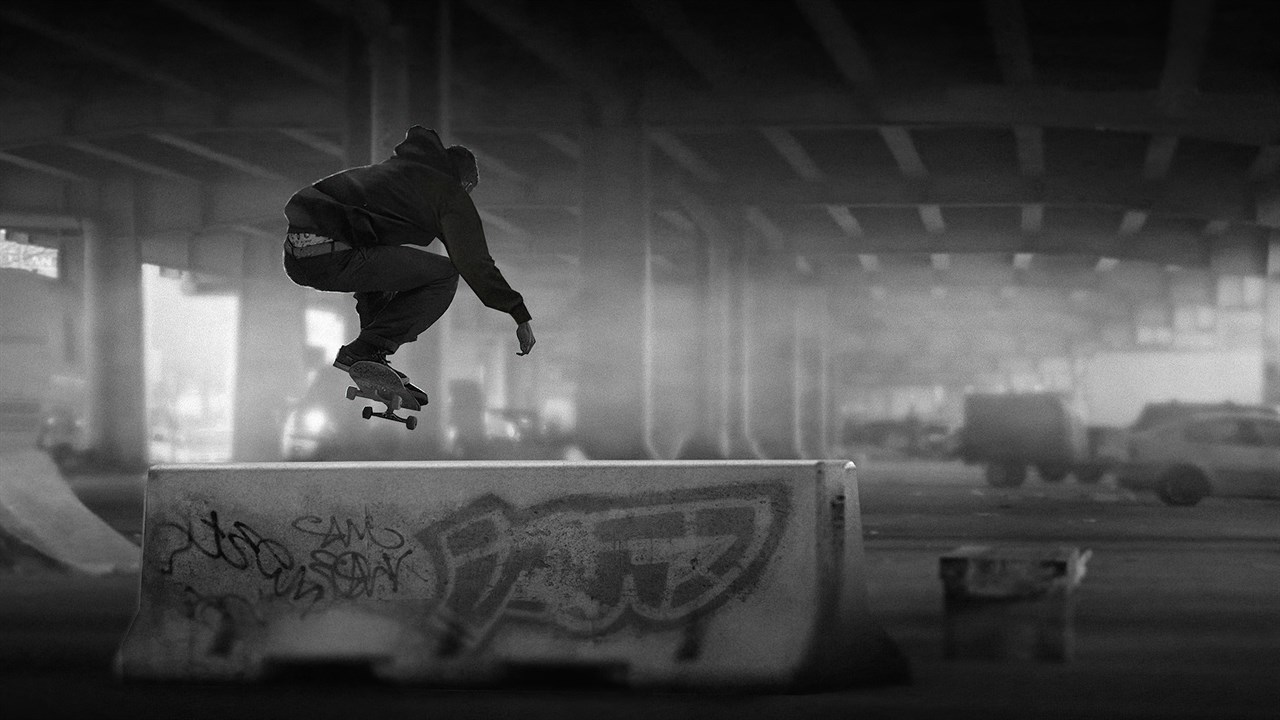 For a game that was supposed to take the mantle from EA's once-dormant series, Session isn't showing the signs of evolution we were once promised. Find out why in this second preview:

Hype, as we all know by now, can set an unrealistic expectation for a game. It went badly for No Man’s Sky, it didn’t go well for Mass Effect: Andromeda and of course, we know about Cyberpunk 2077. Unfortunately, you can now add Session to that list.

At a time before Skate 4 had been announced, as all hope had died that EA would make one, Session was billed as the “Skate beater”. After all, it would be a new game, built off the legacy that Skate created. Tony Hawk may have his comeback, but skateboarding sims (ie. more grounded) are lacking. The gap needed filling.

Announced back in 2015 with a demo dropping two years later, Session has languished in Early Access since. It’s due out at some point in 2021, but from where it is now, it’s not looking good. Let’s have a look at what’s happening with it.

It’s hard not to make comparisons to Skate when playing Session. It would be remiss to call this a spiritual successor, as it isn’t done by the same team. If anything, it’s a rival, competing for the crown of skateboarding sim.

What it does have going for it, over that other series I keep mentioning, is the grounded nature of its gameplay. That might sound a bit backwards, or even boring, but it’s not. You see, what attracted to me to Skate over Tony Hawk’s games back in the day was the simplicity of skateboarding. No vaulting over buildings, no explosions and thankfully no Bam Margera.

That’s also apparent in Session: just natural skateboarding. Conveniently placed kerbs and benches providing organic “lines” to pull a more realistic level of skating on. Honestly, I get more satisfaction in pulling off small lines of kickflips, manuals and a cheeky grind than insane, over the top triple backflips.

On that side of things, Session delivers.

It’s always a conundrum when a new game in a familiar genre comes out: the control scheme. If it plays exactly like a rival game, it’s a rip-off. Yet if it deviates too far from the established/similar norm, it’s trying too hard. Thankfully Session hits a decent balance. It has a new control scheme, a somewhat “hard to get your head around, harder to master” type, but it isn’t detrimental.

For one, don’t expect to turn with the left thumbstick. Crazy notion, right, but you have to use the triggers. That’s because the thumbsticks are tied to foot control. Whether regular or goofy stance (left or right foot forward), the left stick controls the left foot, the right the other foot. With me so far?

Similar to Tony Hawk’s Project 8 ‘Nail the Trick’ mode, except in real time, Session allows you to place your independent feet at different angles on the board. In layman’s terms, this affects at what point of the board you kick off, resulting in different tricks.

It took me a while to get used to, naturally. But once I’d gotten into the swing of lining up with the triggers and “priming” my feet on the deck for something elaborate, it started to fall into place. It’s not seamless, which I’ll get into, but it was just as irritatingly fun as it was moving from THPS’s to Skate’s controls back in the day.

With learning new controls comes the frustration in getting the best scores and times. Not so with Session, as it completely eschews all of that. No score or time attacks, no Maloof Money Cups and definitely no secret video tapes to seek out.

Session is chill, even more so than Skate City is. The whole purpose is that there is no purpose. I know that sounds pretentious, but hear me out. The big draw of this supposed Skate-beater is just pure are honest skateboarding. Pick a locale, kit your skater out and just shred, or grind, or other skateboarding vernacular.

There’s no HUD either, just to add to that immersive nature of disengagement. Of course, if that is your bag, you can turn on the trick name indicator in the options. Not that that’s a bad thing, you may just want to know what it is if you yourself skate. There’s no negative connotations in wanting to emulate an older style of game.

Hell, there’s even a ‘Legacy’ controller option that plays exactly like Skate’s, if you are more comfortable with it. Session, at this stage, isn’t trying to compete. It’s trying to coexist.

The Proverbial Stone In The Wheel

So far, I’ve billed Session as this euphoric, peaceful non-competitive “rival” to Skate (Tony Hawk is an entirely different vehicle). It looks good, it’s got a fun new control system to learn and above it, there’s no pressure involved. So by all accounts, looking pretty sweet, right?

Unfortunately not, and it pains me to write that. Now, I’m playing this in Early Access, or whatever you want to call the console equivalent. Naturally, I’d have to take anything on show/playable with a pinch of salt. It’s still in development, of course there will still be bugs/glitches/wrinkles. You’d look a right plum if you called something out that got smoothed out before release, and rightly so.

But there’s only so far a pinch can go before it becomes an over-salted mess. Which, if we’re being honest here, Session is. I want to like this game, because [as you may have deduced] I really like Skate. I relish some decent competition, or at least something to fill that gap before Skate 4 comes out. Last year’s preview had me hyped for this because we didn’t know Skate 4 was coming.

So why is it I can only play Session for about twenty minutes at a time?

It’s because, and I say this in my best “I’m a professional, grown-up critic” voice, Session is arse to play. Regardless of which control scheme you play with, the inputs are downright awful. Your on-screen avatar will clip through objects, or register their detection too early when on his board, making lining up tricks awkward.

The game can’t determine where the floor level is at time, so you could launch for a kickflip and bail because the game thinks the flat surface to land on is a foot higher than it should be. Turning on your board creates this weird disconnect where your lead foot floats off of the board. So rather than turning naturally on your board, like a skater, you instead sort-of pivot from the back foot.

Grabs have to be turned on in the extras menu because, even at this stage, they’re unpredictable. I’ve gone to grind ledges and just… stopped. A ten foot ledge to grind, and my skater has defied physics and momentum and just perched on the edge.

I could launch into a tirade about the many bugs I’ve experienced, but I’d like to think these are all things Crea-ture Studios are working on. Putting the boot into an Early Access game feels like overkill, and just peak negativity, but it’s not like this is a new demo.

As it stands, I’m not saying “Don’t play Session, it is awful”. If I were that kind of critic, I’d be the lame type that reviews a game after playing the tutorial and trashing it. No, quite the opposite, I want Session to be played.

But with that is a caveat: I want Session to be made properly. Not in a snotty, “this is an amateur game” from a man who associates the word ‘homebrew’ with moonshine over coding. I want Session to iron out these wrinkles and be something worthy if not as a competitor to Skate then a stablemate. A game where you want to chill out and not worry about high scores, but still have an excellent time.

The potential is there, but my confidence is wavering with just how long we’re being made to wait. Six years after announcement, four years since a demo and two in Early Access. I get that Crea-ture may not have that massive EA budget/resource to tap into, but how far does goodwill and crowdfunding go before hope wavers?

What I’m summarising in my time with Session seems contradictory, I know. I want it to be great game, but I’ve just torn into it not two sections ago. I’m not trying to be an aloof hipster, I just want to be proven wrong.

Everything I’ve bitched about, I want to see gone. Not to please me directly but to show that there’s a passion behind this passion-project. The behind the scenes is all well and good, with its myriad of skater and board customisation options. But I’m not gonna care if I can dress up like Donnie Darko in his Halloween costume if I keep clipping through the floor.

There is potential to be a great game in here, yet the burning question on the tip of everyone’s tongue is, “When?”. It’s due out this year, which troubles me. Too often do we rely on the notion of a game being patched post-release, which we should really stop doing.

In short, Session has the potential to be good. But this is my second session with Session (see what I did there?) and as it stands, I’m worried. I often use the phrase “Cautiously optimistic” in the podcast about upcoming releases. Yet with Session, I’m just cautious at this stage.

Session is available now on Early Access via Steam and Xbox Game Preview via Xbox. It is scheduled to be fully released in 2021, yet no official date has been given.