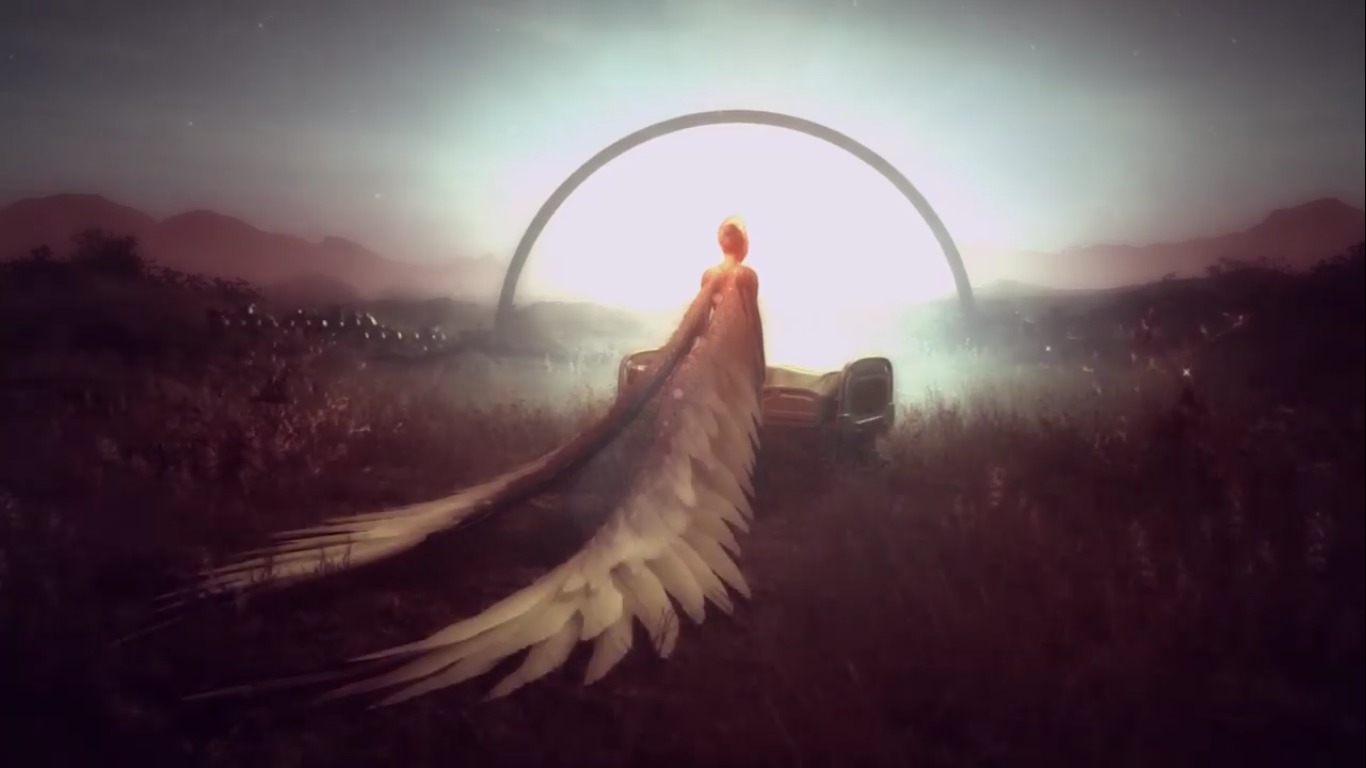 In Waking, a third-person action RPG blended with guided meditation, you play as yourself. When starting the game, it asks you to use enter real first name. It warns you right off the bat that it’s going to ask personal questions and it wants you to use as many truths about yourself as you feel comfortable with. It does this to use the answers you give as parts of the gameplay as it attempts to remove the player character as a proxy and use the players own history and experience as mechanics and narrative devices. On paper, it’s rather ingenious. Tailoring a game specifically to the unique player is something I’ve certainly never seen done before. 20 hours with this game and I can confirm I still haven’t seen it done. Rather than Waking, you might be reaching for the snooze button as this game comes off as a spectacular miscommunication between concept and delivery.

After you’ve entered your name, height and body type (normal or, my preferred choice “husky”) you’re met by a faceless hooded protagonist that’s meant to represent the player. In actual fact, the player themselves are laid up in a hospital bed wrapped in bandages currently deep in a coma, shown via a cut scene. This hooded character is a part of your subconscious (or some other part of your brain, this isn’t actually explained) that’s still functioning and, after 2 very confusing hours of play, are charged with repairing the synapses of the brain. Standing between you and Waking is Somnus “The God of Sleep”, a deer headed candelabra-esque character that wants you to step into the light and die. You’re given a choice to rebel or agree to step into the light but regardless of what you choose here, a voice guides you away and encourages you to fight. The choice doesn’t matter. That’s a theme with Waking.

The core of the game is played out across “The Mindscape”. This is a series of procedurally generated levels set within a rigid structure of nodes. Each stop on the branching path through Waking tasks you to go deeper into a series of arena’s containing Somnus’ minions and guardians. Once you’re reached then activated objectives, the series of levels is punctuated by a boss fight. The procedural generation here is rough as the lack of purposeful design makes many of the levels either bland, boring or downright confusing. Some of them are simply a straight line with single enemy between the start and end portal. Others have platforms which are clearly visible but if you land on them, you’re respawned at the start of the level for no visibly discernible reason. The variety of area theme is slim too. Within 5 hours of play, you’ll have seen everything the game has to offer.

As you reach certain points in the game, you get to make choices which effect the mechanics. Guided by nondescript whispers that have nothing to say, like a drunken ASMR video, you’re occasionally asked personal questions. Like a guided meditation session, you’re instructed to close your eyes, focus on mindfulness and think of your past. Once you’re relaxed, you’re asked questions like “What are your fears and dreams?”, “What was your childhood pet?”, “Where did you grow up?”, “Choose a close friend of family member to help defend you” and more. The decisions get granular – Name your pet, choose it’s species (dog or cat), choose its breed and size – which defines the visual appearance of your powers in the game.

No matter what choices you make, the powers remain the same. Regardless of the home town you choose (I choose a village in Chile for a lark), this particular power will still spawn the same items. No matter what pet you pick, they’ll still appear and assist in battles and they’re little more than a featureless blue blur. The only thing that changes is how these powers are listed in the menu’s. Waking wants to make it feel like it’s offering depth of choice and meaningful options but when the outcomes are always the same, the choices become meaningless.

Waking obviously wants to use these choices to make the plot poignant, leveraging your personal beliefs and life experiences to make the narrative feel important. It never earns the right to use these details however. After the first few times, it starts to feel like the game is simply snooping for details in order to beat you with them later. It often feels like Waking thinks that by using the players name over and over as text on screen will make what follows it, usually a load of waffle, feel more relatable. It doesn’t.

Which brings us to the combat. Initially, it’s very confusing. Waking ‘tells’ rather than ‘instructs’ with no formal tutorial. Imagine the item throwing combat from Control but far clunkier and without the surrounding move set and you’ve arrived at what this games has. You pick things up, charge them up and throw them. There’s also a melee attack but this is tied to your character’s (sic. your) “feelings” and has limited use. The foes you’ll fight in the game come in a few different flavours. Some jellyfish-like enemies need to be stunned by charged items before they become vulnerable to melee damage. Other beast’s can only be damaged when certain world items are thrown at them. Each enemy type needs a specific strategy to overcome but that strategy is always a variation on “throw stuff at them until they fall on the ground or stall then punch them until they’re dead”. Experimenting on which thing you need to throw at an enemy to hurt each new enemy you come across is one of the few enjoyable aspects of Waking.

The bosses are a little different. They have waves to deal with like cylinders that roll across the platform or minion spawns that have to be dealt with. The strategy to defeat them is still the same. Throw things, punch them when you can, stay alive.

The difficulty level of the combat is controlled by an inexplicably convoluted series of stats which I couldn’t possibly explain here. That’s because I still don’t understand them despite playing the game for more hours than I ever cared too. The details regarding these stats are disseminated to the player in a single room full of plinths. When you get close to these plinths, the rules around these stats are displayed on the screen in what I imagine is the smallest possible font size. Through play, I get the feeling that the more damage you take, the easier the game takes which helps it feel balanced. I think it’d need a PhD and a magnifying glass to know more.

Visually, Waking is quite inconsistent. Due in part to bland looking textures and the procedural generation which can plonk tufts of grass so that the edges are floating off the ground, the majority of levels look rough. The same can be said about the hooded player character which, without a face and wearing drab clothing, looks really uninspired. When you’re running around, the character animation is almost laughable. Jump and the movement of your in game self seems half a second behind your launch into the air. This is in stark contrast to the particle effects which look stunning at times and the majority of enemy designs which are inspired. The soundtrack really rescues the mood of Waking. A truly delightful piano melody runs throughout the game that’s both easy on the ear and atmospheric.

The concept of Waking is an admirable one. To place the player at the centre of the narrative and mechanics of a game, tailoring it to their choices, is a lofty goal and one that it falls well short of.

Rough visuals, clunky and repetitive combat and a narrative that spectacularly misses the emotional connections it attempts to evoke, Waking makes you want to do anything but.

Waking is available now on PC and Xbox One (review version).

If you enjoyed this article or any more of our content, please consider supporting our Patreon.

February 1, 2023
We use cookies on our website to give you the most relevant experience by remembering your preferences and repeat visits. By clicking “Accept”, you consent to the use of ALL the cookies.
Cookie settingsACCEPT
Manage consent