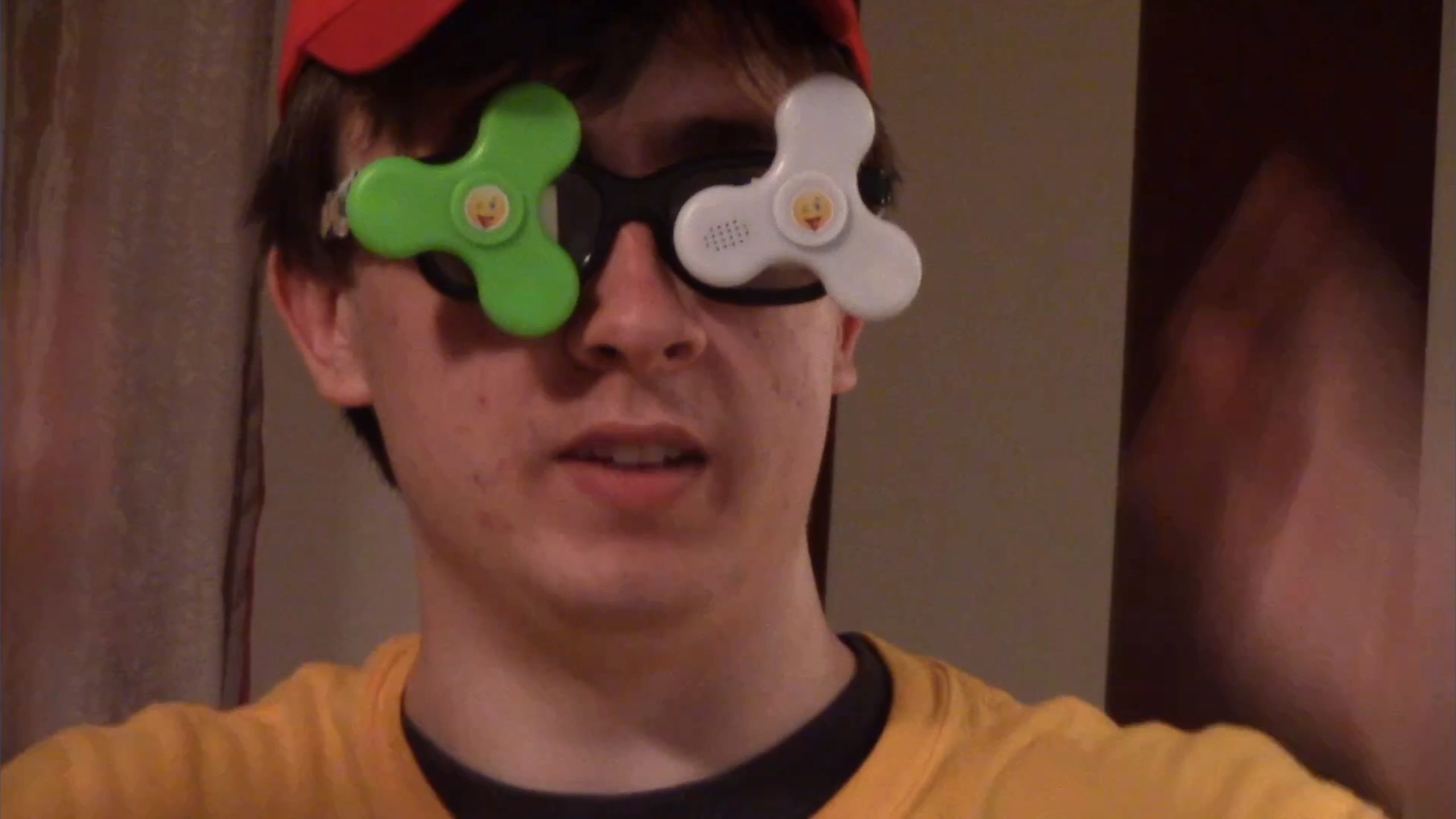 A mildly endearing and intentionally cringeworthy FMV game, There Is A Genie In My Szechuan Sauce Remastered sure is something. The Finger Guns Review.

I imagine it’s starting to feel like I’m targeting Kimulator’s Films, the developers of “There Is A Genie In My Szechuan Sauce Remastered”. I’ve reviewed all but one of their games that have released on PlayStation platforms. None of my reviews have been particularly positive so far. The fact that they make FMV games, a genre I have a particular interest in, for “oh, go on then” prices, keeps me coming back however. They’re bound to make a good game one of these days, right?

There Is A Genie In My Szechuan Sauce Remastered is their latest title. In actual fact though, this game was originally made back in 2017. The version that has launched on the PS4 is a ‘remaster’ of that game. Steeped heavily in the internet pop culture from 6 years ago, this game feels like a time capsule of dead memes. Weirdly though, of all of the FMV games from Kimulator’s Films I’ve played, I enjoyed this one the most.

Remember 2017? The before time? Hugh Hefner died. The WannaCry virus held the PC of many boomers to ransom. Oh, and a Rick & Morty episode all about some promotional Mulan teriyaki sauce was so popular that it stirred McDonalds into re-releasing its Szechuan sauce. The whole world went Szechuan crazy. People were paying eye-watering amounts of money for a small tub.

Why am I reminiscing about that period before Corona became more than a beer with a lime in the top? Well, There Is A Genie In My Szechuan Sauce Remastered is anchored to that time. The memes. The movies. This game leans heavily on you having lived through the Szechuan sauce fad of 2017/18 to make much sense.

I imagine the original PC version of this game began very differently. There’s very obviously a scene or an advert that is missing from the start. The likelihood is that while Steam’s policy back in 2017 was “let everything through”, the stance from Sony in 2022 is much more stringent. Whatever copyrighted content was at the start of the game is gone. From context, I imagine it was the McDonalds Szechuan sauce advert.

There Is A Genie In My Szechuan Sauce Remastered begins with a chap talking to himself about whatever content was cut. His phone rings. His friend has managed to get a packet of the much sought after sauce and is inviting him around to try it out. So, off he trots.

When he arrives, they open up the sauce and out pops a genie. This isn’t your typical genie however. They’ve got fidget spinner sun glasses, an Emoji Movie T-shirt (plainly obvious despite some blurring intended to avoid trademark infringement, I imagine) and they dab almost every time they end a sentence. It’s an intentionally cringey portrayal that’ll get at least a bemused shake of the head out of you, maybe even a smile.

Offering the trademark wishes, the genie offers to do whatever the two friends demand. Without spoiling the game, this spirals out into some irreverent oddball comedy that involves double crosses, cross dressing, nuggets falling from the sky and weird gun fights. There’s not so much a story here, rather a collection of events that are hung together with the occasional dated pop culture reference.

At various junctures during There Is A Genie In My Szechuan Sauce Remastered, the game will pause and you’ll get to choose in which direction the story goes. There’s something of a branching narrative, but those branches are very small. The game always returns back to the central plot thread (and I use that term very liberally) until the final decision which will give you one of a few endings.

The game itself is only about 8 minuets long, so if you want to experience absolutely everything this game has to offer, you can replay it a few times to venture down each decision point. You’ll have seen everything the game has to offer in 25 minutes. Don’t expect a satisfying ending though, no matter which decisions you make. Each ending kind of tails off without a pay off.

A branching story, as limited as it is, is where the modern FMV trappings end for this game. There’s no scene skipping for content you’ve seen before. Don’t expect checkpoints or rewinds. The only features that really account for this game’s “Remastered” label is the inclusion of some raw, behind the scenes footage and a promo for Kimulator’s Films’ Youtube channel.

Which brings us to the complaint I’ve had with all of Kimulator’s Films’ games. It’s so very amateurish. The camera work is awkward. The editing is rough. While the acting comes off as kind of endearing, like a trio of friends hanging out and recording their jokes, the acting feels terribly forced. Watching the raw footage after finishing the game shows how difficult some of the cast have delivering just a single line of dialogue. Then there’s the sound, which is all over the place. Loud one moment and too quite to hear what’s going on the next. The whole game comes off feeling like a chopped up home video masquerading as a game.

Despite its plain and numerous issues however – the low quality, the dead memes, the lack of features – there are elements of There Is A Genie In My Szechuan Sauce that have withstood the test of time. I’m not afraid to admit that there were a few moments that brought a smile to my face. I might have even laughed a few times. It’s the absurdity of the humour, the sheer randomness of it, that shines through the many, many issues elsewhere. The dab that the genie pulls off gets ever more elaborate as the game progresses, for example.

There’s one or two moments of well thought out gags too. For example, When the genie first appears it offers the two friends four wishes. “Four wishes? I thought genies’ usually give 3 wishes” one character exclaims. The genie then bumps the wishes back down to three.

Compared to the other FMV games that are out on the market, there’s no doubt that There Is A Genie In My Szechuan Sauce is poor. There are moments though, as short and as infrequent as they are, that hint at the fact that Kimulator’s Films have the potential to make something really funny. It needs to be tightened up and made to look far more professional, but it’s in there. Somewhere.

A short, oddball FMV game that’s like a time capsule full of dead memes and forgotten pop culture, There Is A Genie In My Szechuan Sauce Remastered sure is something. Behind the rough editing, shoddy camerawork and cringeworthy acting however, there’s a few snippets of hilarity that some might find entertaining.

There Is A Genie In My Szechuan Sauce Remastered is available now on PS4.

Tags: Kimulator's Films There Is A Genie In My Szechuan Sauce Remastered