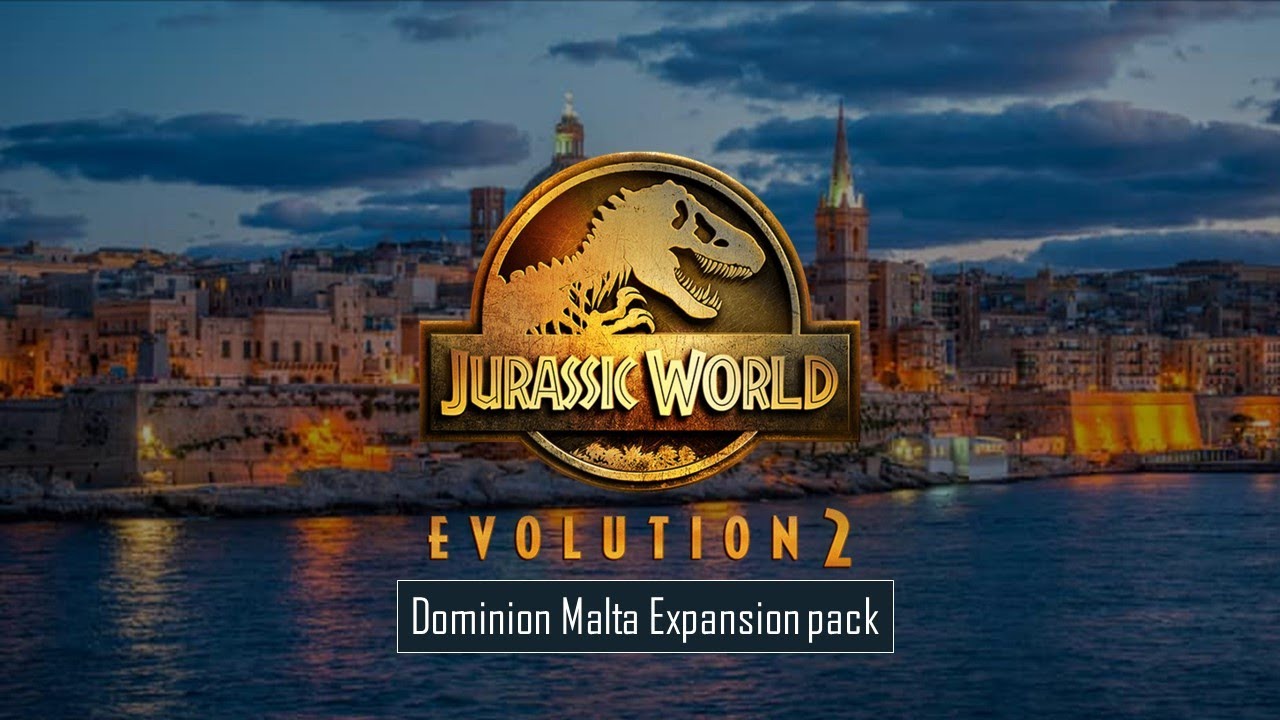 Based once again on the events of the movie, Dominion Malta serves up a new 2-3 hour campaign, new dinosaur species to tame and comes alongside another free quality-of-life update. The roster of Jurassic World Evolution 2 has already been fleshed out larger than a Velociraptor hunting pack, but it continues to expand and the game feels in a great place over a year on from release.

Let’s sink our teeth into the meaty new content first. Dominion Malta’s campaign will have you managing three parks across different locations in the Med. Unlike Biosyn, Malta plays to much more to Evolution 2’s strengths, requiring much less of the driving around and pressing X on buildings.

Each location needs to be rebuilt from dilapidation and decay, which provides the opportunity to introduce the new dinosaur varieties and the Malta-inspired cosmetic looks for buildings. Using a cargo ship feature, you can now transport dinosaurs between the 3 locations and switch between them on the fly.

Research carries between each of them, but money and scientists don’t, so you’ll need to be rebuilding each park individually, but this isn’t a hassle really. The objectives are exactly what you’ll have spent hours doing in previous campaigns – housing X number of dinos, reaching percentage thresholds for comfort or finances, increasing viewing potential etc.

The structure of the campaign is rather tired at this point in terms of objective variety and the writing/dialogue is equally poor, but at least the Malta Expansion hones in on the strengths of the game’s mechanics. The locations are lovely and a nice change of pace, plus a couple of new systems make it a more engaging time.

While it’s not much of an evolution to the core foundation, the introduction of the dinosaur exchange brings an interesting new layer to the formula for this DNA-altering franchise.

Building up your brand-spanking new dinosaur enclosures will mean doing some deals on the market to purchase dinosaurs, eggs and genomes. To achieve this, you can either select deals on the exchange from the Authorities or the Underground. Naturally, Authorities are more trustworthy with their information, letting you know of ailments and providing reliable information pre-purchase. Underground may lie or deliver rather unhealthy critters. Both will try and swindle you for cash though, of course.

Trading with both of these groups will influence their trust meters for you. Purchasing from the Authority will boost their score and on some deals reduce the Underground’s trust and vice versa. The higher the trust, the more exchanges become available and the higher the quality of deals you can wheel through.

It’s nothing ground-breaking by any means, but it streamlines getting a more active park more quickly as you don’t have to waste time and resources synthesizing or incubating. I like the system and it gives the Malta Expansion its own unique mechanic to engage with.

Jurassic World Evolution 2’s exchange system comes with a not-so-friendly group of new carnivorous additions. Atrociraptor, Lystrosaurus, Oviraptor and Moros Intrepidus are all air-dropped into your enclosures. While it’s a bit of a shame to not see any new aviation or aquatic types, Atrociraptor and Lystrosaurus are cool.

Like previous expansions, Malta offers some new cosmetic looks for existing dinosaurs and has another free update arriving alongside it. 5 new challenge maps have been added (taking the total number to a significant amount), including a creative photography-only entry. More behaviours, UI updates and little improvements have also been made.

It makes Jurassic World Evolution 2 the smoothest it’s felt to play yet. The roster has been expanded significantly, the customisation options have been bolstered and the game fundamentally feels better to spend time with.

The Dominion Malta Expansion adds a solid package of new content and a couple of valuable new mechanics, making it the most worthwhile expansion Frontier Developments have delivered thus far. Though the bar wasn’t especially high from previous entries, it’s deserving of some praise.