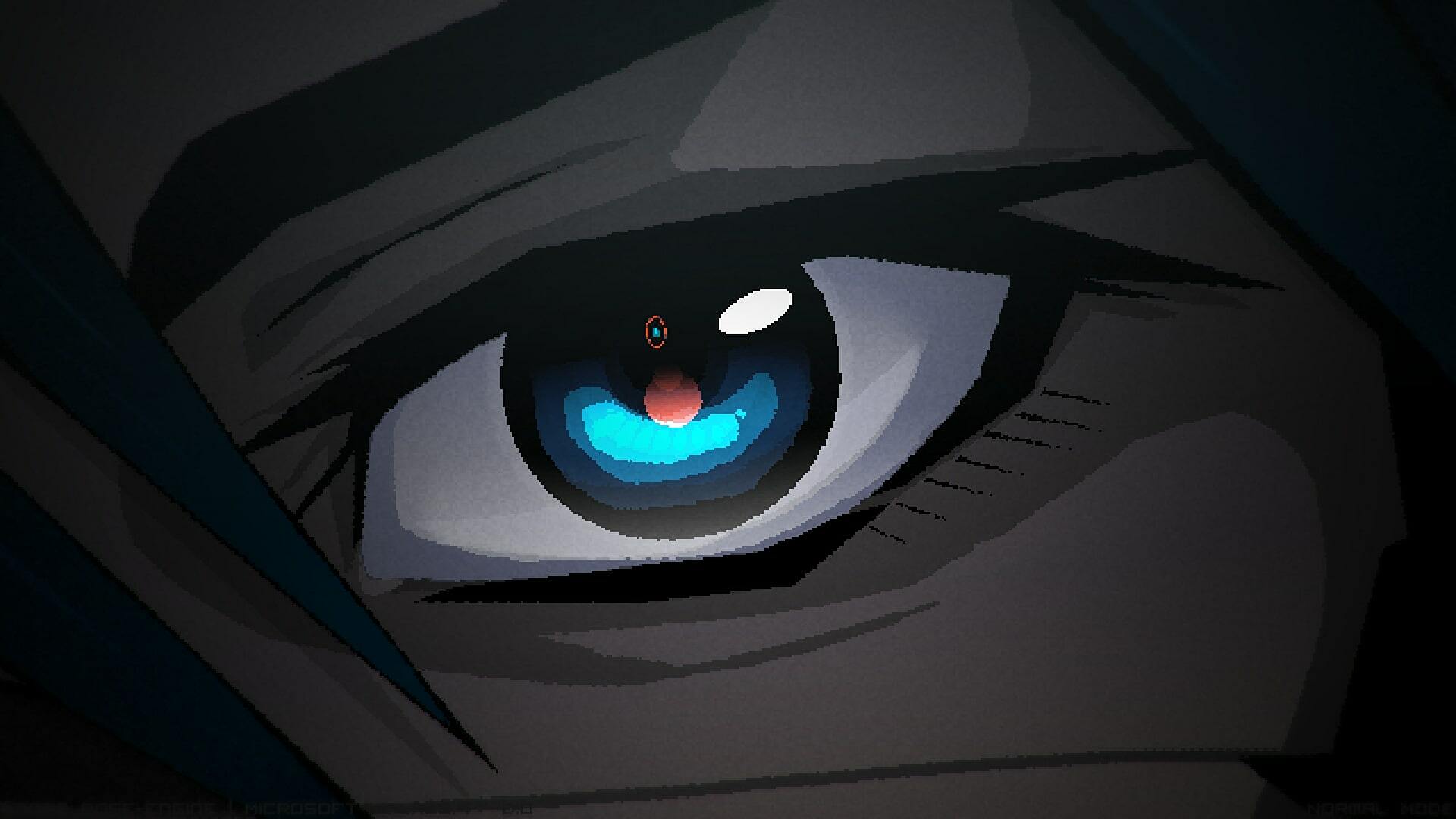 An ode to classic survival horror – Signalis is an indie gem you’ll be seeing in your restless dreams after playing. The Finger Guns review.

I know at this time of the year there’s a plethora of blockbuster games that’ll undoubtedly be on your radar. However, I implore you to make room and set your frequencies to Signalis sooner, rather than later. The two-person team at Rose Engine have created something special here. On the surface, this is unabashedly influenced by Resident Evil and Silent Hill, but if you dare to go deeper, Signalis triumphs in setting itself apart.

This foray into survival horror has reminded myself and I’m sure others who have already played it – that it’s a genre still welcome of its origins but ripe for innovations. Signalis does both, with a bunch of classic motifs, broad influences from: Silent Hill, Ghost in the Shell, Blame!, The Thing – to name a few. With an emphasis on a sleek, atmospheric Lynchian presentation that’ll not only delight but potentially transform how you view the genre going forward.

Signalis takes place in a dystopian retrotech future where a totalitarian government called The Nation rule parts of the solar system. The Nation have started to send androids and humans into space in search of habitable planets. The humans are the Gestalt while the androids are Replickas. You play as Elster, a Replicka looking for their Gestalt partner. You awake from a cryogenic sleep on a frozen planet where everything has gone terribly wrong. A native bio matter has seemingly killed all of the Gestalt whilst corrupting the remaining Replickas.

Rose Engine described the story as a dream about dreams. Whilst this may be one you’ll instantly want to wake up from, I couldn’t help but feel enraptured by the ambiguity and symbolism of its story telling. Besides The King in Yellow being the only evident source of any literary connection within the game. There’s still plenty to read into for the book’s existence alone. Big picture, this is a sci-fi turned cosmic horror with a romantic tragedy at the centre of it all. I believe there’s themes of learning to let go, as well as having one’s autonomy in times of oppression. Whether it’s a reflection of our current climate or a grizzly foreshadowing of what could become, the notion of breaking free is evident in Signalis.

There’s no right or wrong way to interpret the game’s story and that’s the true beauty – despite the often-wretched world you trudge through in trepidation. The cut-scenes are flagrantly subversive, the not knowing what truly is real but the bread crumbing of notes, diaries, logs and other such interactables paint a macabre picture of losing control, whether it’s crew mates or Elster. Transhumanism and the existential questions of what it means to be human, to live and love are put to question in the only way dystopian cyber fiction knows how – through utter annihilation.

Signalis takes the truest motifs of classic survival horrors. Safe rooms with benign yet haunting music. Cache’s to store your items/weapons because of limited inventory slots (only six to be precise); and gunplay that is tense and engaging albeit a little clunky. You play from a top down perspective with controls that feel modern and intuitive – though there are still the classic tank controls you can opt in for, if you’re looking for that true survival horror experience.

As is the case for many survival horrors, sometimes shooting isn’t the go to option, as conserving ammo has its importance. The puzzles start off as simple as combining items for a key, or inspecting notes for a hint to a code – as is the trope – but quickly the puzzles become deeper than that. Early on, you are met with a sequence that sends you into a first-person perspective where you’ll find an ear piece that you can set to certain frequencies for radio. Not only does this new-found puzzle mechanic add to your gameplay but it’s neatly woven into the narrative.

Moments like this happen throughout Signalis, you could be quick to overlook it, but the gratifying nature of knowing everything has significance really pulls you into the gameplay. The puzzles in the latter stages did throw me through a loop for a while, but the eureka moments proved incredibly satisfying. Item management is key with only the aforementioned six slots, and it very quickly fills up if you blindly pick everything up. This could frustrate some but it succinctly builds the already existing tension.

The game ramps up with bigger maps to explore and increasingly threatening enemies to come across at an engaging pace that just makes the game nail biting from beginning to end. On my second playthrough I played on the hardest difficulty – for the trophy – and some of the gameplay cracks started to show. Items don’t stop time when collecting, on top of being hard to pick up in a rush in the first place. As well as doors being finnicky, finding prompts to go through when you’re circumventing enemies becoming far more tricky. It’s not dire and on initial playthrough I was being slower and more methodical, so I didn’t notice it as much. However, those PS One-isms of being mechanically obtuse still lurk.

There are plenty of neat gameplay elements that are better to be discovered for the most part. However, I’d like to describe one as a taster of how in-depth Rose Engine thought about implementing gameplay with story. Your character – being an android – has an Operating System. You have your inventory page that also displays your health as well as overall structural integrity that changes upon death. These sit alongside your map and radio which is also is accompanied with the files you find for reference.

There was a moment where I needed to use my radio to dial in at a frequency for a puzzle, however I was low on health with no heals at hand and enemies in the room. At one point I lost so much health and was so close to death that my Operating Systems malfunctioned, so I couldn’t use my radio to push on further. It’s moments like these and many more throughout that solidifies Signalis as being an incredibly well thought out game, adding to how creatively bold it is.

The illustrative eye of Yuri Stern and Barbara Wittmann of Rose Engine bolsters the overall experience of Signalis. Cut scenes often look like panels from your favourite mangas, whilst the gameplay is heavily inspired by the look of PS One classics. Both coexist to pull off a near perfect sci-fi horror atmosphere. Character models are reminiscent of Blame! Whilst the level design harkens to games like Dead Space. It all amalgamates to something than can only be described as cool. The influences Rose Engine pull from are all a masterclass in aesthetic. Couple this with the stark contrast of the blacks and reds juxtaposing with the clinical greys of the levels results in Signalis looking very familiar – maybe to a slight fault – but their vision storytelling and their innovative to genre gameplay becomes more than just copying. There’s not so much variety in enemies and they do appear a little muddied when compared to the rest of the game, but it does stay true to their intentions.

There’re no real scares in the game, but its lavishly unsettling tone haunts you from a distance. The sound only cranks this up even further. In the game there’s a lot of analogue influence. Whether it’s the use of radio, 90’s style computers, cassettes and even a CRT filter to make the game look like it was ripped straight from your old bulky TV – the music follows a similar trend. The crunchy synths with off-key piano chords ruminate at an unsettling pace. The distortion of noises when enemies are nearby builds such tension, you’ll never truly feel safe. 1000 Eyes and Cicada Sirens have done a fantastic job sound tracking the game and it really brings Rose Engine’s vision to another level.

Signalis is a once in a while game that’ll be on your mind long after it has finished, even if the thought devastates you. It doesn’t give you a straight forward answer – it even has four endings, so choosing your canon is left to interpretation and that’s what great games can do. Present you with aspects, themes and emotions – poking at them for a response and letting you decide what you think but more importantly what you feel. All packaged into a near perfect survival horror that just falls shy on its tightness in gameplay.

For those wondering where the great classic survival horrors have gone – Signalis is right here, ready to welcome you. Rose Engine have taken inspiration from the greats in the genre. In some ways it pushes the genre forward. You may not vibe with how it plays on occasion but beyond that is an incredible story, with a memorable dystopian sci-fi aesthetic you’ll find hard to let go.

Disclaimer: In order to complete other reviews, we purchased a copy of the game. For our full review policy, please go here. This game was bought by the reviewer.

Necrobarista: Final Pour Review (Switch) - Latte to the Partay
[Op-Ed] FF7 Remake Part Two Might Look Something Like This - You Thought Part One Was Thirsty?
Bake 'n Switch Review (Switch) - A little Under-baked