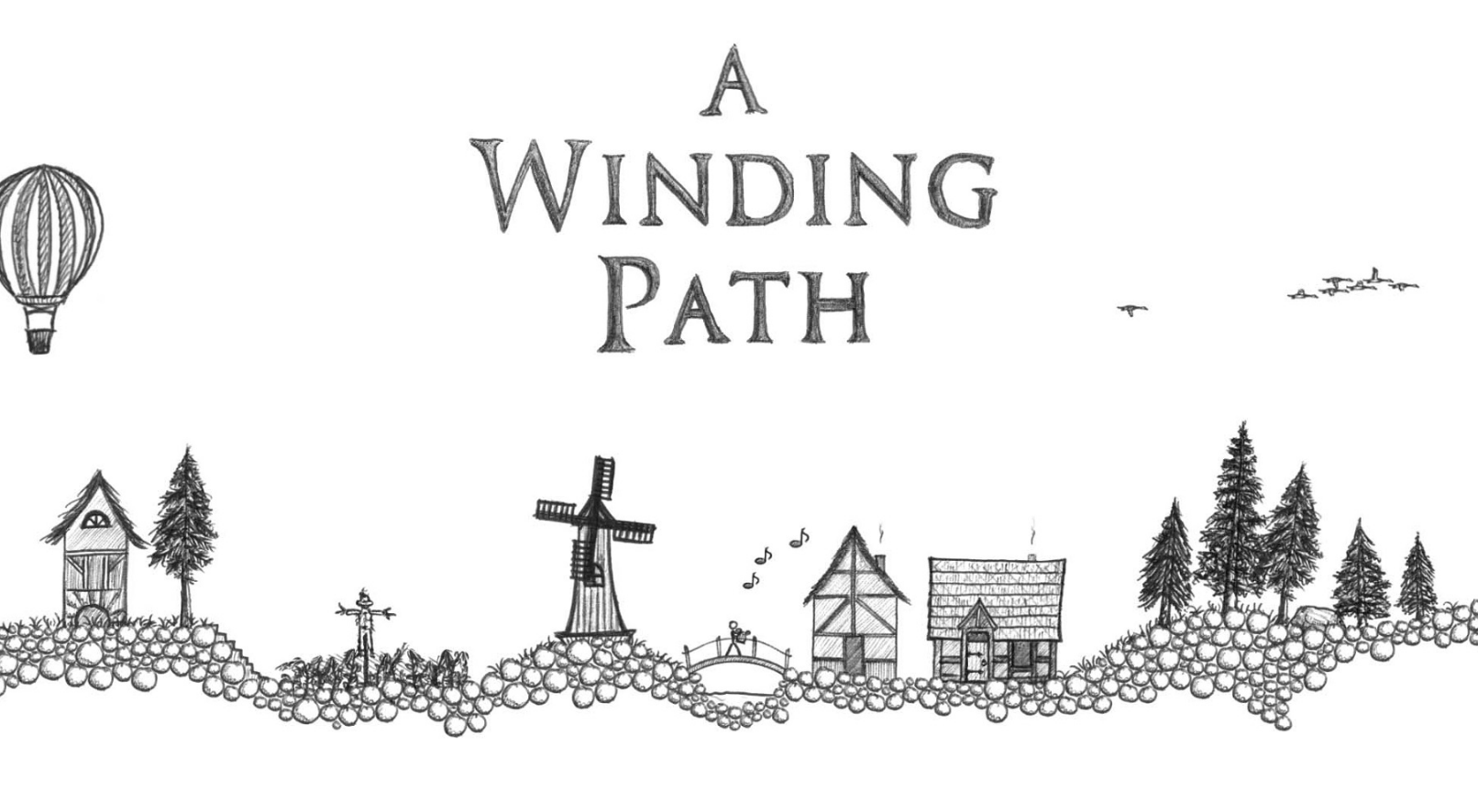 An odd blend of platformer and narrative adventure, A Winding Path doesn't quite make the most of its most unique aspects. The Finger Guns Review.

Just over a year since it first released on Steam, the adventure game A Winding Path from Three Eyed Games has made its way to Nintendo Switch. With some publishing assistance from Flynn’s Arcade, the cosy adventure game is off to find a new audience on a handheld console. While it’s a fun little premise, the path might be a little too winding for its own good here…

Music. It brings people together, gets them moving, inspires and comforts. In the adventure game A Winding Path however, music has a more physical, palpable effect. It creates rain. That’s a pretty useful power given the predicament that the protagonist finds themselves in.

In A Winding Path, you play as a nameless villager who’s living through a drought. The harvest is drying out and everyone’s worried about the future. Your playable character sets out into this medieval-with-mild-fantasy-elements world to discover why the waters have disappeared.

It’s hard not to be charmed by the first impressions of A Winding Path. The premise is simple, the controls are intuitive and the hand drawn art style is easy to interpret. There’s no pressure, no directive or explicit directions, simply because you the game doesn’t need them.

Shortly after starting, you’ll also be introduced to the most interesting aspect of A Winding Path. That aspect is a magical lyre. In case you’re not aware, a lyre is U-shaped sting instrument. A gift from a mythical creature who’s surprisingly chill about you having just barged into its home, this lyre can call into existence rain clouds. By rotating the right stick on the Switch, you strum on the lyre. Do it for long enough and a rain cloud forms over ahead and stats to drizzle on you.

Pray For Rain, Deal With The Mud

This rain making becomes the primary mechanic in A Winding Path. For a little while at least. You influence the world around you by raining on it. Back in your village, for example, you rain on the crops and they stop sagging and turn to the sky. Later you’ll be turning water wheels in order to access new locations or scaring lost cats out of the trees with a shower.

Raining on people and places is quite a fun if relatively shallow mechanic. It’s a shame then that this game doesn’t use it anywhere neat as often as it could have. The moments of creativity which demand the use of the rain is few and far between after the initial segment. Shortly after venturing to a new town, the game instead focuses on speaking to characters and solving their personal issues.

Someone’s lost their glasses. A map to some hidden treasure was stolen from a trader. A trio of cats have gone missing. The grandiose fantasy adventure to return the waters to the world starts to grind to a slow as you deal with mundane, human elements. Sure, there’s an underlying, mystical reason why you’ve got to jump through some hoops, but at times, A Winding Path feels like busywork. The solution to many of these human conflicts and squabbles don’t often make use of the game’s best feature – the rain – either.

Completing the many mini-quests you’ll come across can be a bit of a chore. There’s no quest log or directional indicators so you’ll be relying on conversations and exposition delivered via passages of text to direct you what to do. Sometimes that’s not clear.

Even when it is clear, A Winding Path is true to its name. You’ll have to travel from town to town, backtracking on yourself multiple times in order to complete many of the aims in the game.

While they can be a tad frustrating, many of these quests are quite fun to complete. There’s a small archery mini-game which tasks you to hit a number of targets that stands out as a highlight. The accompanying dialogue to the quests – which often changes when someone is being rained on – is often witty and pleasant too.

Aside for the rain making, the art style is the most striking aspect of A Winding Path. It has a delicate, hand drawn look. Like a doodle in a note book, you can see the pencil strokes in some parts of the world and there’s corners of this game that look gorgeous.

That’s contrasted by an odd lack of detail in the character models. Almost everyone you meet in this game is a stick figure. Sure, some of them have features like hats or hair, but they’re all still stick figures. It’s a weird juxtaposition to watch a stick man walking through a highly detailed forest, or talking to carefully pencilled talking fantasy creatures.

There’s not a vast variety of music in A Winding Path but what here is pleasant and gentle. The general sound effects are generally high quality and believable. The background noise in towns gives them a bustling feel.

While the path might be pleasant to look at, the traveller isn’t. While the road can be interesting, it can be equally as dull. While the ability to conjure rain with music should be an interesting hook, it’s used too infrequently. A Winding Path is a short, sincere but decidedly mediocre adventure that’ll leave you wanting more.

A Winding Path is available now on PC via Steam and Nintendo Switch.