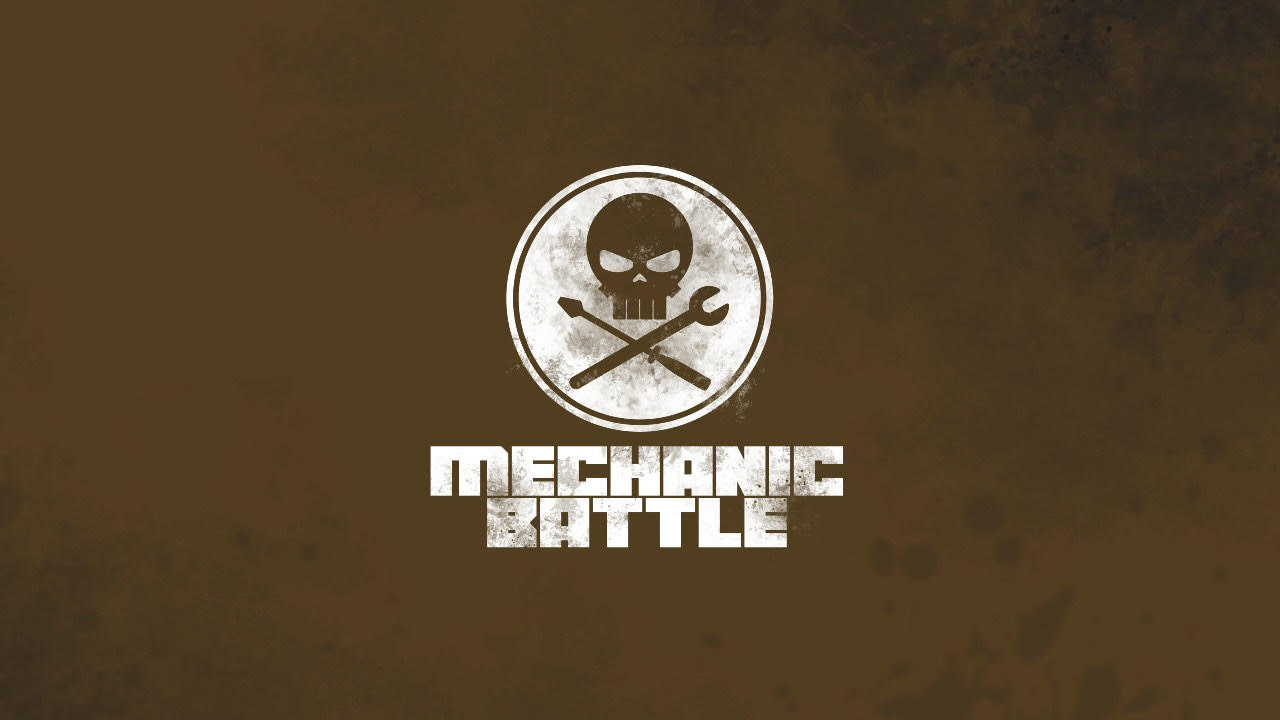 A Mechanic/Racing game that has failed its MOT, the Finger Guns review.

Mechanic Battle is a Mechanic/Racing game that has failed its MOT, the Finger Guns review.

What do you think of when you read the title Mechanic Battle? With the logo being a Skull and Crossbones of car tools? If you imagined a car battle racer that could go toe to toe with Twisted Metal, you’d be completely wrong. Maybe I’m not the intended audience, but as a casual fan of arcade racers, I thought it wouldn’t hurt to give this game a spin.

The game opens plainly with Jade welcoming you to her garage. Within an instant you’re picking from a small batch of beaten up cars and you’re well in your first race. Cool! A quick start, but Jade babe, you’ve not told me how to accelerate in this banger. Go for the ‘A’ button Mario Kart style, but it’s the second attempt ‘ZR’ that puts the car into first. I’m already lagging behind the pack but after a few laps, I catch up and come 2nd. Besides Jade’s warm welcome, my only interactions with her are after completing the Championships. Before you know it I’ve completed the game – whilst trying to create my own story as the game takes a back seat in that department.

That’s not to say that every game needs to have a narrative pedigree of a Sony first party. But if it wasn’t for my own morbid curiosity to see what the end has to behold, there’s not much going on outside of the gameplay.

Speaking of which, the rocky start wasn’t where my racing woes ended. The game has a top down view of the race track. With a total count of just four buttons: Accelerate, Brake, Nitrous, Steer. Steering is a generous way to describe it however, as due to the format it’s just a case of left and right. The nuance of turning results in how far will you press left or right on the Stick and following the first rule of drive club – not to accelerate round corners. Once those are worked out within the confines of the arcade style physics it’s really just plain sailing.

The AI racers are neither here nor there. It feels like they don’t even recognise your existence or any of the other cars for that matter. Instead it’s not a far stretch to compare it to a toy car – set it on a surface, pull back to let it wind, and watch it go forward, only turning because its collided with anything in its immediate path.

Racing is half the game in Mechanic Battle, as you’re also doubling as a Mechanics apprentice! This is met with a painfully bog-standard upgrading system, per part adds to your stats – even if none of the stats mattered. I’d be remised if I didn’t mention that there is a couple of tinygames (smaller than a minigame) that’s applied to the tuning portion of your car parts. These only pop up when changing the wheels or spoiler, a successful result can give you buffs. A noble attempt but it really amounted to nothing in the grand scheme of it.

I love cosmetics in games, give me an egg to customise and I’ll be there. You can give your car a paintjob, add decals on all sides and as I previously mentioned change your wheels or spoiler. However, outside of a standard RGB palette and a handful of decals that’s just about it. You’ve really seen it all after giving your first car the Xzibit treatment and officially been pimped.

Turn This One Up It’s a Tune!

The most variety this game has to offer is the tuning system. It breaks down an absolute plethora of ways to rework how your car handles. Whether it be your Brake Balance, Car Height or Weight Bias there is room for experimentation. I wish I could talk more highly about it. I wanted to make the car low enough to snap the exhaust over a speed bump. With front wheel breaks and a weight bias on the back, to become the ultimate drift king. Instead, I just sat in a less than optimal racing car and opted for the default settings as that seemed to bag me the wins I wanted.

The game is broken up into three tiers: Amateur, Pro and Legend. Each tier unlocks a new set of cars to enjoy. These cars scale with the AI’s but it doesn’t change anything. There’re overall six different maps each with a standard course and a reversed one. At first I thought the devs took time to come up with the maps and change up the tracks slightly whilst sharing elements for continuity. That thought faltered once I came out of my repetition haze of lapping my competitors and realised it’s technically six levels broken up in three different modes.

The modes change up the gameplay in the slightest way. At the end of the day if you’re coming first, you’re winning the highest cash prize. The way you play doesn’t change, just the format in how you win is different. So, to surmise you’re looking at replaying the levels 8-10 times with no difference except from your car going faster each time. Maybe too fast as the hillier maps send you flying. It doesn’t matter though because you’ll probably already be lapping. Not to mention the exploitable ‘Reset Car Poisition’ in the pause menu that without penalty will put you back in the centre of the track – maybe even ruining 2nd places day and making them crash.

End of the Mechanical Road

I didn’t come away with much from this game. I think this passes as a fine game you can play when you’ve got a five minutes to spare, perhaps when you’re using the toilet on the clock. But the monotonous gameplay and the lack of content really made me question who this is for.

I get the 3+ rating may mean the developers were trying to reach out to a younger audience, but I think even they will drop it as quick as they picked it up. There’re no frills to experience, it just melts time a bit better than watching paint dry.

Mechanic Battle has an internal battle of wanting to be a halfway average game or a terrible excuse for a cash grab. Either way I hope the lessons learned from the making of this game is that you get as much love as you put in, and this one is still waiting for their parents to come back with the milk.