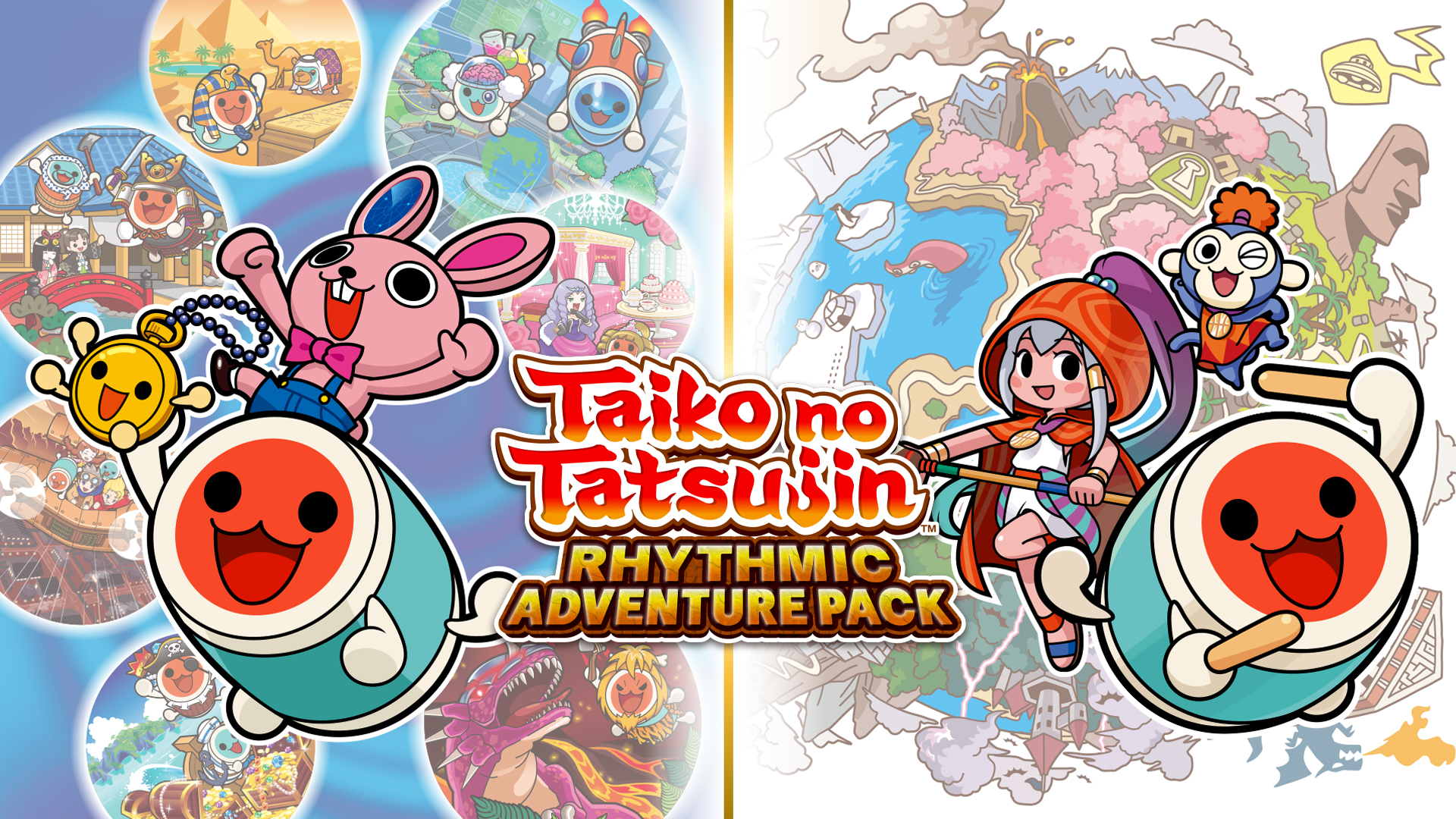 Taiko No Tatsujin Rhythm Adventure Pack is coming to Nintendo Switch, in the western world for the first time, on December 2nd.

The Pack, which features Taiko No Tatsujin Rhythm Adventure 1 and 2 will come bundled in a pack that’s never been released outside of Japan, and that’s pretty damn exciting. Check out the trailer for both titles below;

IT LOOKS CHARMING AND FUN.

TAIKO NO TATSUJIN RHYTHM ADVENTURE 1 embarks the players in a space & time mystery adventure having them play as DON-chan in a quest to save history from enemies willing to destroy it. DON-chan will ally with Ticky and Tocky to go through various moments in time, meet historical figures from the past, and face your foes in up to 4vs4 rhythmic battles.

In TAIKO NO TATSUJIN RHYTHM ADVENTURE 2 players will join Tia and Popo Kaka, in a race to retrieve the stolen necklace of the Lion’s fang from the Sorcery Society Hexaglia, in evil organization who stole in order to erase history. In this second game, you can get into up to 8 vs 8 performance battles and create teams with multiple specialties in order to face the many challenges met along the way.

Both games feature over 250 enemies and 130 songs which players can jump into. Players that purchase the Taiko No Tatsujin Drum Controller for Nintendo Switch can use it for both games.

Welcome to the west, Taiko No Tatsujin!