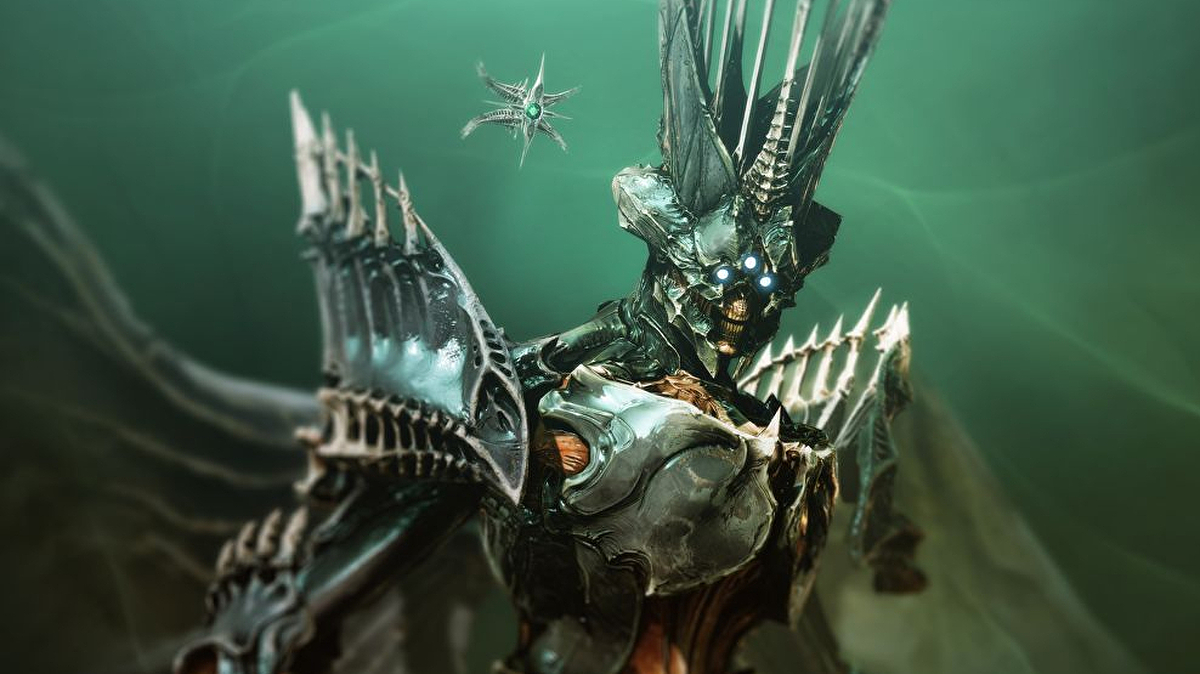 The Witch Queen is the pinnacle of the Destiny 2 experience. The Finger Guns Review

The Witch Queen is the pinnacle of the Destiny 2 experience. The Finger Guns Review.

I’m just gonna say this at the very top; The Witch Queen is the best Destiny 2 has been since, well, Destiny 1.

I don’t say this lightly. As someone who could be considered a ‘lapsed’ player of the series, even though reviewing has kept me engaged to all of the DLC campaigns thus far, I have a fairly good idea of how I want my Destiny 2 to engage me. I adore the universe that Bungie have created – even if it could do with a laugh or two again now Cayde-6 is no more – and I’m always fairly excited whenever a new campaign drops to really get stuck into Destiny. It’s always a treat. I’m reminded of the grinding to get all three of my class warriors up to their highest possible levels. Tearing through Europa and Mars to cheese bosses with my Supers and watching them disintegrate before me.

The relentless comfort of what Destiny is at its core keeps me coming back and The Witch Queen shakes up the story and well, very little else. This is still Destiny at its purest and you know what? I’m absolutely fine with that.

The gorgeous palette of Destiny remains its most powerful tool. The Witch Queen is sumptuous around every corner, bringing to life these alien worlds quite unlike any other video game, with brand new locations feeling enormous, unsettling and awe-inspiring, ripe for exploration in ways only Destiny can offer. As always, it’s beautiful to look at and early locations make you feel like you’re traversing a world the likes you’d find in Elden Ring with colossal statues and windows perpetuating as a gothic castle within a spaceship. The Witch Queen has sweet digs, make no mistake.

The gothic aesthetic is quickly replaced with white and red vistas, puzzle solving is the order of the day once you leave Bungie’s FromSoftware tribute spaceship. It’s here The Witch Queen takes a slight detour to what we’ve known Destiny campaigns to be. Whilst puzzle solving and ‘waiting for Ghost to do something whilst you’re tearing up a whole bunch of enemies’ is present and correct, it’s here you’ll delve deeper into the narrative – which at this point, mixes up Destiny in a way not explored before -, exploring in what I can only describe as a ‘genreless’ level, offering platforming, the aforementioned puzzling and of course, a whole lot of shooting aliens in the head in the hopes they pop off with such blissful satisfaction those yellow numbers just pop and pop some more.

It’s one of my favourite missions in all of Destiny history. An absolute blast.

As mentioned above, the fundamentals are all here. Over the five years(!) of Destiny 2 the shooty-bang is at a near perfect level at this point. The combat remains the absolute pinnacle of the Destiny experience, the looter shooter wonderment has yet to be bettered, despite the story itself having a fair amount of wobbles in the past (hello, Forsaken…). Thankfully the campaign stands as the strongest addition to the lore thus far. It’s a captivating tale that breaks the cycle of traditional Destiny campaigns, offering up a story that for veterans will ever so slightly blow their collective minds and for newcomers will encourage some tremendous reasons to get sucked into the Destiny 2 history. The deep connection your personal Guardian has to the history and to the Traveler. It’s bewildering stuff and you have to wonder how long Bungie have been planning to drop these revelations. By the time it ended I was captivated.

It’s almost impressive The Witch Queen feels as fresh as it does. On the surface yeah, it’s Destiny. A metric fuckton of ammunition is shot blowing up your alien foes to bits over and over and over again. Your Ghost (the returning and never better Nolan North) continues to be a much needed exposition machine spouting the knowledge™ that your Guardian needs to proceed (‘I wonder if we can hijack that machine over there?’ etc..) and you can get overwhelmed within seconds if the gun you’ve chosen is a goddamn burst rifle you’ve accidently picked up and thought it was something else – never happened to me…. -. It’s what is built around the combat that makes The Witch Queen so compelling as a package. The new Void 3.0 power branch allows more customisation. Void brings some gloriously over the top magical powers to your arsenal, particularly up against the Lucent Hive, a very not-fun enemy that can use your powers against you.

Of course Destiny comes alive when you squad up and The Witch Queen is no different. The scaling is still fairly unforgivable, I have never played Destiny with someone on the same high-tier level as I am, so the difference for them is fairly dramatic but damn if it doesn’t remain a whole lot of fun. Save points are now a thing in missions, and you’re allowed only a single revive per checkpoint but this is how Destiny is meant to be played and Bungie know it. The difficulty – especially within the brand new Legendary difficulty mode, turning the run and gun loot-chasing glory of the campaigns into tense, slow build, menacing and tension-filled horror missions that flip the ‘difficulty mode’ by flipping the battles in the favour of the enemies rather than in yours. Scaling the damage so you’re always on the back foot. It’s quite the adjustment on your own but a brilliant challenge with some fellow Guardians.

Of course this is a very campaign-based review. At the time of writing the first raid goes live on March 5th, so expect some Raid impressions very soon but in the meantime, here’s what we have and I couldn’t have been happier with where Bungie is taking the series. Five years later, we have a campaign worthy of the original concept. Destiny hasn’t been as exciting as this since The Taken King, and certainly a far more engaging narrative than Shadowkeep ever was. And if you haven’t grabbed it already, I recommend splashing out for the Deluxe Edition which includes the Bungie Anniversary content. If you’ve been a fan of the studio since day one, there’s plenty to get giddy about.

The Witch Queen is Destiny’s crowning achievement and finally, I’m super excited to see what Lightfall has to offer if this is now the standard.

The Witch Queen is a terrific addition to the Destiny 2 canon, finally balancing the combat and the story to near perfect levels. There’s so much here to enjoy, breathing new life into Destiny as a whole. Absolutely brilliant.