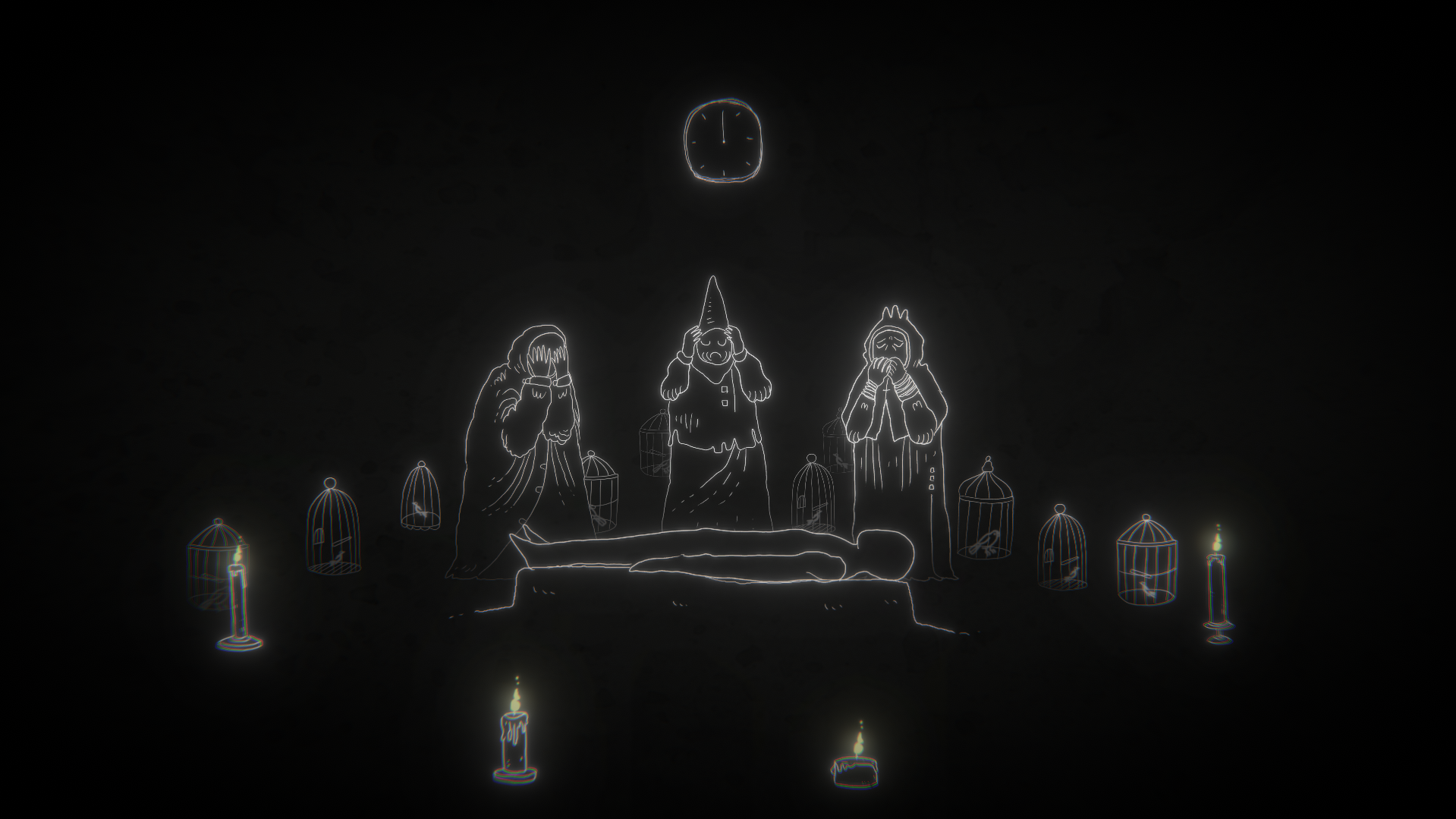 The argument of content vs. context in the art world has gone on for decades. Longer, even. Sometimes the content of a painting, sculpture, poem or other creative endeavour (yes, including games) takes new meaning when it’s contextualised or historicized. Brush strokes that look random can mean much more when you know the artists intent or the lens it was created through. That’s certainly the case with puzzle game Arrog from Hermanos Magia and LEAP Game Studios. Taken at face value, Arrog is a short, simplistic but symbolic puzzle game. Take the time to read between the lines and dig a little deeper though, finding that context, and you might see more.

Arrog tells the story of a Peruvian hunter who’s travelling through the Amazonian rainforest during a massive storm. Unfortunately, the monster winds and rain take its toll on them and they succumb to the elements. He’s dying. What follows are a combination of metaphorical places, born of the hunters imagination, and views on the relationship that Peruvians outside of the big cities have with death. Very little in this game is literal with symbolism tying together many of the themes in Arrog’s 30 minute run time. A Capybara, hunted at the start of the game, guides the hunter through his afterlife encounters, for example. This eventually ties into a cyclical pattern with the beginning and end of the game, representing the cycle of life and death.

Arrog is a hands off, enigmatic experience. There’s no tutorial, no guidance and no verbal explanation of what’s going on. The player is left to piece together what to do themselves. To offset this, the game has a simplistic, intuitive input method (X to interact, left stick to move the game’s cursor) that’s easy to pick up. This is coupled with instinctual puzzles that rely on a touch of trial and error at first but are designed well to guide the player. In one puzzle, you’re lining up the adjoining lines of a constellation in a revolving circular puzzle. In the next, you’re choosing the correct piece of track to complete the path forward for a star. There’s a basic memory puzzle, a logic puzzle and many small environmental puzzles where the player needs to find the correct part of the screen to click. Arrog moves at a rapid pace because none of the puzzles are particularly taxing or difficult. Instead, this game presents new puzzle types constantly which keeps things interesting.

All of this is pulled together in Arrog’s bold, interesting art style. Hand drawn with fidgety pencil lines that refuse to sit still, it’s a unique look. It’s almost entirely presented in black and white but with occasional splashes of colour that accentuate the events on screen. The use of colour is also symbolic but I won’t spoil how or why here. The visuals matched by a soundtrack that’s subtle in its use yet admirably haunting, setting each scene.

The lack of context is what upsets the effectiveness of Arrog and its message. On my first play through, I went in relatively blind. After completion, I thought it was a short yet pleasant enough puzzle game packed with symbolism, some of which I understood, and a title with limited replayability. It certainly piqued my interest though so I thought I’d dig a little deeper. To Google I went. In the context in which it was made, so many things took a new meaning. The art style? It’s inspired by Mate Burilado (an ancient Peruvian art style carved into gourds) and Sarhua tables (long boards with paintings of community members and their activities that have been made in a remote part of Peru for hundreds of years). There’s symbolism and deeper meaning that I’d not grasped in relation to the perception of death and celebration of life in Latin America. On replaying the game armed with this information, it felt much more powerful.

Your experience with Arrog will likely come down to the answer to one question – “should a game provide its own context to the player?”. Some games that have portrayed cultures that are infrequently explored in gaming have done just that. Left Alone, Mulaka and Kawaida’s Journey are examples of this. On the other hand, there’s an argument to be made about explaining the context while potentially dumbing down the artistic intent. Some games in this vein have left their cultural inspiration out of context and let the content do the talking for them. Arrog is a perfect example of that. Without a little investigation first, there’s a chance you could play through this game and not recognise its strong, intrinsic links to Peru. Personally, I would have preferred if Arrog had provided a little bit of context to the world and culture it is based in. Even if it was as part of a glossary or descriptions hidden away in the options somewhere, I think it would have communicated its vision much more clearly and allowed me to enjoy the game far more on my first play through.

For those who are willing to explore the themes and context that Arrog is based on outside of the games content, this game is a short and thought provoking journey that doesn’t quite hit the emotional highs of its peers but is worth a play none the less. If you prefer your video game narratives to be more literal that figurative and symbolic, Arrog will seem confusing, simplistic and flat.

A symbolic exploration of the afterlife steeped in Peruvian culture, Arrog doesn’t do enough to put its story in the context it needed. It’s certainly pretty at times and there’s an interesting message about life and death buried deep in the figurative imagery for those that go looking for it, but compared to its peers, it struggles to tell its tale effectively.

Arrog is launching on PS4 (review platform) and PS5 via backwards compatibility on February 5th 2021. It is also available on PC.