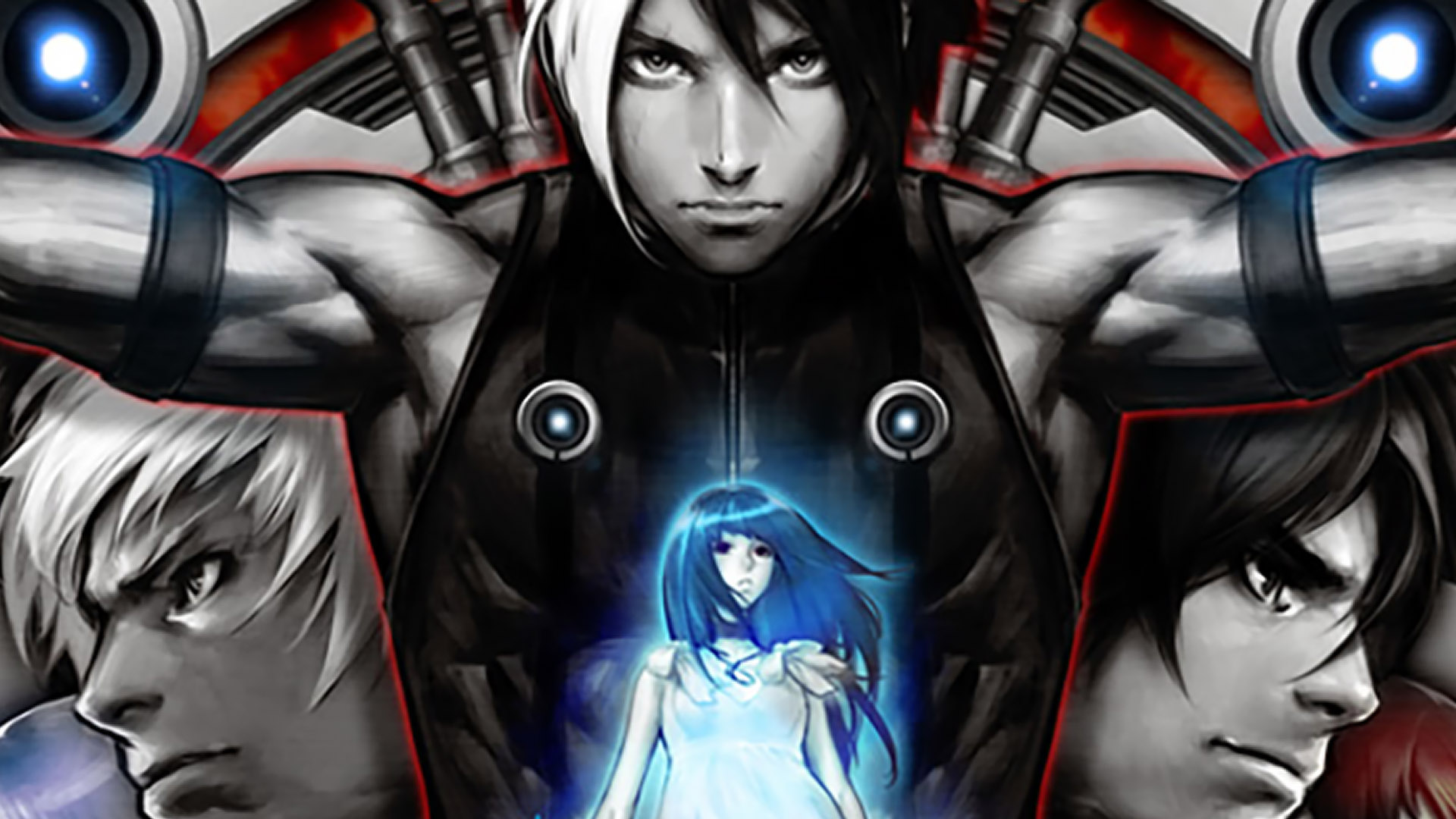 On its original release back in 2002 (surprisingly), Unlimited Match was considered one of the best in the series. Does that esteem still hold some near-twenty years later? The Finger Guns review:

I thought I’d said everything I knew about the King of Fighters series in my review for First Contact. In short: I don’t know that much about it. But given that King of Fighters 2002 Unlimited Match is a bigger version of that concept, I too must expand on what it takes to be King.

After spending a fair bit of time with KOF 2002, I’m still none the wiser. Not in terms of how to play it or pull off some spectacular moves, no. Just generally what is going on and why I should care. Which, to be fair, is the inherent problem with fighting games.

But we’ll get into that as we go. What you want to know, ostensibly, is whether this remake of a perceived classic is worth your time and investment or not. So prepare for battle* and let’s find out.

*by that I mean sit comfortably and prepare for words.

A King Needs His Court

When writing a review, it’s always important to start with a positive. Well in this case, I am positive that there is a character for every kind of player here. There should be, there’s sixty six fighters to choose from.

Here is what I know about the King of Fighter’s roster in my last review:

“If you know your Fatal Fury or King of Fighters, you’ll recognise a few of the combatants on offer. There’s cap-wearing Terry Bogard, this series’ Ryu, and his Ken-terpart brother Andy. Geese Howard, last seen in full 3D in Tekken 7 is present, as is the always contentious eye-candy Mai Shirunai (you’ll see why if you look her up).”

Now obviously that it is a glib generalisation for a Neo Geo Pocket game that had a lot less characters. For something like this, you might expect a massive who’s who of fighters.

So would I, to be honest. But then, fighting games are hardly known for their elaborate lore and backstories, least of all back in 2002. Instead consider this more of a compendium of SNK’s catalogue, much like Tekken Tag or Smash Bros. does with theirs. Gathering from the likes of Fatal Fury, Art of Fighting and more, KOF 2002 is a veritable host of talents to choose from.

The more devout SNK fan will recognise their favourites, as well as the odd cameo character in stage backgrounds. I spotted Marco from the Metal Slug series, that was about it.

Frame By Frame, Fight By Fight

Were I an absolute connoisseur of the fighting game genre, I would love to be able to break down the intricacies of this game. To tell you what frames are invincible, what the damage behind each attack is and whatever else that makes the finer details great would be nice. Alas, I can’t. I may have put 400+ hours into Street Fighter IV’s iterations, but even now I don’t know what half the acronyms and abbreviations mean.

What I can tell you, however, in my varied and broad experience of 2D fighting games is this: this one plays like a dream. From what I gather, King of Fighters is more a close combat affair, more fisticuffs than fireballs. There are some projectile special moves, or variations of moves that add a little projectile flair to them. But for the most part, it seems like the idea is to get stuck in.

So, doing as the Romans are said to have done, I took each fight as a brawl and tried getting to grips with its combo systems. Naturally, each character plays differently, so working out who can chain a few hits into special moves or grabs took some getting used to. But it wasn’t a chore, far from it. Half the fun of a beat ’em up is finding out what works for you, and that’s no different here.

Much like its ’98 similar offering, King of Fighters 2002: Unlimited Match features both Single and Team fighting modes. Whilst fighting solo is all well and good, taking on the arcade mode in 3v3 fights is where the money is.

Again, if I knew my lore, I could easily pick out which team is which and makes sense canonically. You’re not locked in your choices though, and like Rival Schools you can pick whoever you want to fight beside you. Even the bosses are available, if you know what you’re doing. They’re the endgame sports car: power under the hood, hard as balls to get to grips with.

There’s no tagging them in and out during battle though, nor are there assists or the like. When you fight, it’s you and your opponent until one gets knocked out, then the next fighter in the appropriate team starts a new round. The survivor gets a minor health replenish (if needed) and you systemically fight until the opponent’s team is knocked out.

There are interactions between teams, which I’m sure would be really cool… if I could understand Japanese.

Down For The Count

Whilst King of Fighters 2002 does play like a top notch fighter from yesteryear, that is pretty much it. Now, I know it sounds unreasonable to ask a lot from what is basically spectacular pugilism, but that’s the problem with nostalgic compilations.

It’s not enough to give us the core game and go, “There’s your lot”. Outside of the main arcade and a smattering of endless fighting and challenge modes, that’s pretty much your lot. There’s the usual practice mode and online play if you want to take it further, yet in terms of extras, it’s pretty bare bones.

Is that our fault for expecting more of a nineteen year old game, or should publishers be expected to pad out their games as to make them more than rehashed games? The most KOF 2002 offers are some nostalgic visual filters to play around with, and that’s about it. There’s no option for English dialogue, but them I would presume that’s down to this being a port of an arcade game.

There isn’t anything to work towards. That all the secret and endgame bosses are there for you at the start takes out the challenge of unlocking them. Bar a few difficult and sparse trophies/achievements, the only joy is one of self-perseverance, or how well you can take on local/online opponents.

Rise Up, Your Majesty

That said, for what King of Fighters 2002: Unlimited Match offers in terms of core gameplay is spot-on. The actually fighting, the main component of this fighting game, is a blast. When you start finding characters that work for you, it’ll click and you’ll be pulling off flashy, screen-filling moves in no time.

It always feels like a copout to say, “If you like the series, you’ll enjoy this”. If you do enjoy the franchise, I’ve probably annoyed you with my ignorance up to this point. If that’s the case, let’s settle it on Street Fighter IV.

I have no comparison to the original, or even the acclaimed predecessor in ’98 Unlimited Match either (ah, Unlimited Match meaning “play at home to your hearts content”). Going in blind with the bare minimum about the series has proven more beneficial to me that were I a veteran. I can say, “I had a good time” rather than, “Well actually, Geese’s frame damage on his Desperation Move is less than X”.

If you like your 2D fighters and are after something more grounded than the likes of Granblue, Dragonball FighterZ or Mortal Kombat, then you’ll enjoy this. If you’re into compendium pieces as collectors or have fond memories of playing this years ago, then you can’t go wrong with it.

Just don’t expect much else in what can only be a missed opportunity to throw some retrospectives in.

As a 2D beat ’em up, King of Fighters 2002: Unlimited Match excels in that field. If you’ve got someone for couch combat, then you’re in for a good time. There’s just little else in the way of extras to suggest this to anyone unfamiliar with the franchise.