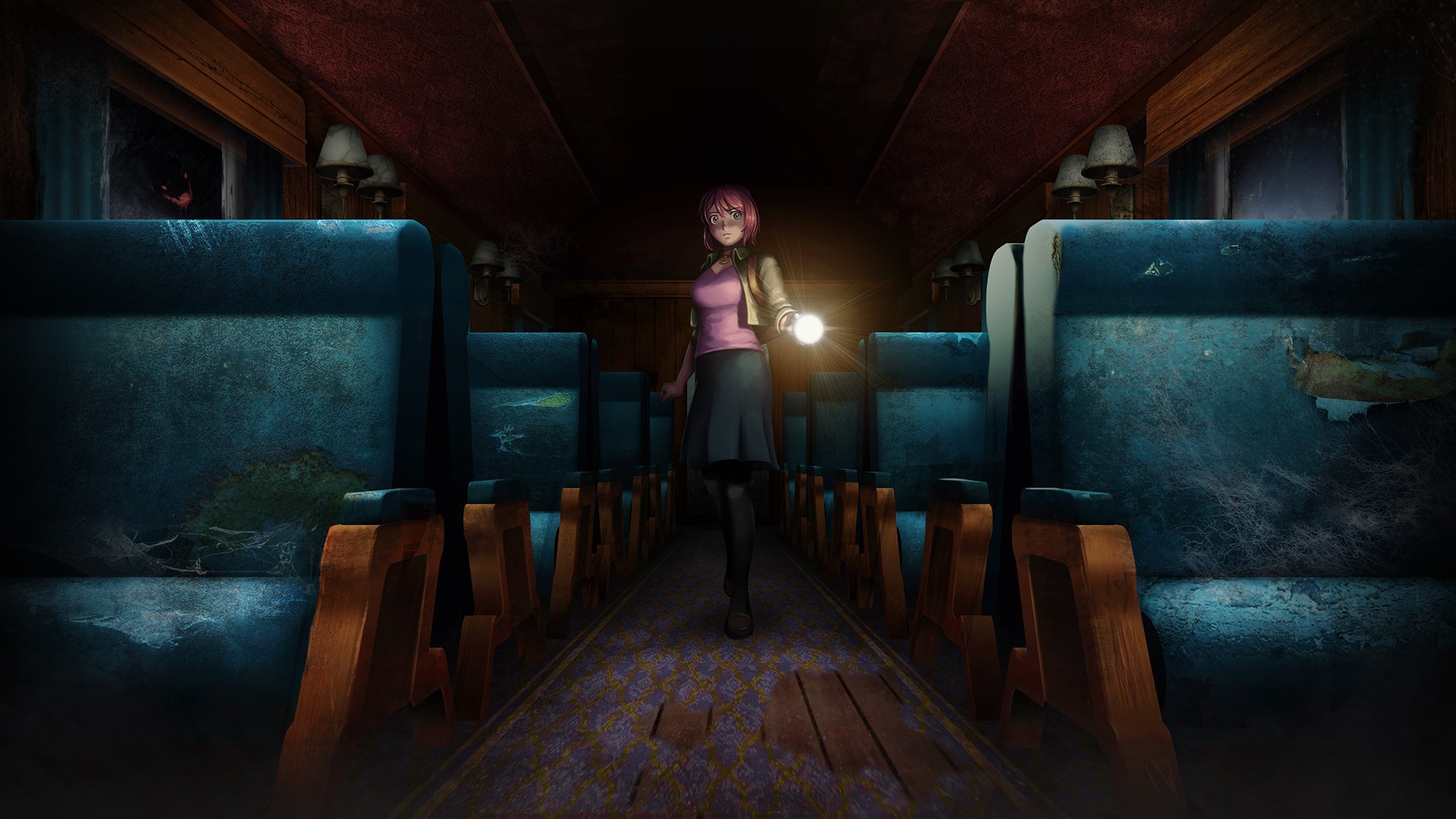 Survive a literal ghost train in Re:Turn - One Way Trip, a point-and-click game that’s not as scary or as interesting as it could have been. The Finger Guns Review.

Survive a literal ghost train in Re:Turn – One Way Trip, a point-and-click game that’s not as scary or as interesting as it could have been. The Finger Guns Review.

Here’s a question for you – when you think of the game genres that best do spooky horror, what comes to mind? You’re probably thinking of first person action, third person survival horror and maybe “choose your own narrative” type games, right? There’s one genre that’s certainly not synonymous with scares and that’s point-and-click adventures. It’s quite ambitious then that Re:Turn – One Way Trip attempts to blend a timey wimey ghost story with pointing and clicking. It works, in a sense, but falls flat in others.

Re:Turn – One Way Trip is the story of a group of teenagers who are on one final camping trip before they splinter off and go about their lives. The game is played through the perspective of one character, Saki. When she is woken in the night by what feels like an earthquake, she discovers that the rest of her party have disappeared, including her fiance. Attempting to find her friends in a murky wood, she discovers a creepy looking train abandoned in the wilderness. Exploring this train reveals an evil anchored in history that’s hellbent on torturing those in the present for the mistakes of the past.

The story in Re:Turn – One Way Trip starts in just about the most stereotypical way possible. The whole “teen’s camping in the woods” introduction is a horror trope so tired and overdone that I almost quit the game there and then. Thankfully, I persisted through this section (primarily for review purposes but I encourage you to do the same) and I’m happy to report that this game gets more interesting once you’re aboard the train. Saki comes face to face with ghosts of the past which drag her back in time to experience the secrets of their lives. Each chapter of this game alternates between the past and present to tell the story of how the train came to be where it is and what happened aboard it to cause it to be so haunted.

Using the knowledge gained in the past to solve issues in the present is the core game play and narrative loop in Re:Turn – One Way Trip. Saki will come up against something she can’t overcome before being transported to the past where she’ll observe the admittedly interesting characters that inhabited this train on its last journey. Here she’ll either learn a way to pass a puzzle or get another piece of the narrative jigsaw before returning to the present. The relationships between the previous occupants on these ruined train carriages are the most interesting aspect of this title. Each trip back in history unveils more of what happened and how and these are stand out moments in Re:Turn – One Way Trip.

It’s a shame that Re:Turn undermines its own storyline at times by not giving the player enough credit, beating the player over the head with explanations of the obvious that come off as patronising. The part-heard conversations from the past are so deliberate that it’s very easy to infer what has happened and predict what comes next. It’s not uncommon during Re:Turn – One Way Trip to know far more than Saki seems too, despite getting the same information. The unnecessary exposition the game then delivers ruins any of the mystique the game manages to build. This is compounded by the relative lack of interactivity in the game world (indicated by a magnifying glass as you walk by something you can interact with). There are very few objects of interaction that don’t have a purpose so it’s easy to infer those that are simply world building are hinting at more or what’s to come. The moments of foreshadowing that this game attempts are much too obvious and give away what could have been decent plot twists.

That’s not to say that the plot of Re:Turn – One Way Trip is poor. It’s not. It’s quite an interesting tale when it’s all laid out. Despite the setting and the supernatural events though, this game fails to be remotely scary or even a little unsettling. The most it manages to muster is a little bit of creepiness, achieved through some cleaver sound effects and by using some disgusting gore. There’s no jump scares, no real threat to the game apart from a bizarre QTE halfway through the game and a chase sequence. Because it’s presented in pixel art, it’s a world that’s hard to feel threatened by too.

The other reason it lacks any thrills is because Re:Turn – One Way Trip is primarily a point and click adventure. Sure, it borrows from visual novels, puzzle games and 2D action games but this is mostly an inventory based point and click adventure. The interactivity – or lack there off – just isn’t here to enable the chills this game aims for. The scariest moment of this game is little more than running away from something. The best of the rest happen during cutscenes when you don’t control the characters.

Reviewed as a point and click adventure rather than a spooky Halloween treat, Re:Turn – One Way Trip is competent but rather basic. The puzzles have single solutions, all of which are delivered as part of the progression or with some mild exploration . The most complex this game gets is having to interpret an image and an accompanying poem through a sypher to unlock a door. Everything else needs just a little lateral thinking about the tools at your disposal and what problem they might solve.

The biggest issue with the game play of Re:Turn – One Way Trip is the backtracking. The game world is quite small, consisting of a limited number of areas that are traversed in a single horizontal slice. The game reuses these areas over and over, tweaking them slightly each time to add new puzzles. At times though, it’s simply a case of walking from one end of the train to another in order to trigger a story segment which then directs you back to where you came from. It gets grating quickly as the movement speed isn’t accommodating and you only unlock the ability to run about 2 thirds of the way though the game.

There’s some great ideas in Re:Turn – One Way Trip but they don’t quite live up to their potential. The narrative is packed with drama and twists but they’re telegraphed too early on to have an impact. The game attempts to scare the player but because it’s a point and click adventure more than anything else, it’s hard to feel threatened by any of it. The pixel art and soundtrack are easy on the eye but they’re betrayed by the relative lack of interactivity with any of it.

Re:Turn – One Way Trip isn’t going to keep you up at night and the small game world undermines the game’s better ideas because of the amount of backtracking and filler. That being said, the story has an interesting arc (despite it being overtly foreshadowed) which will keep you entertained for an evening with creepy but not quite scary content.