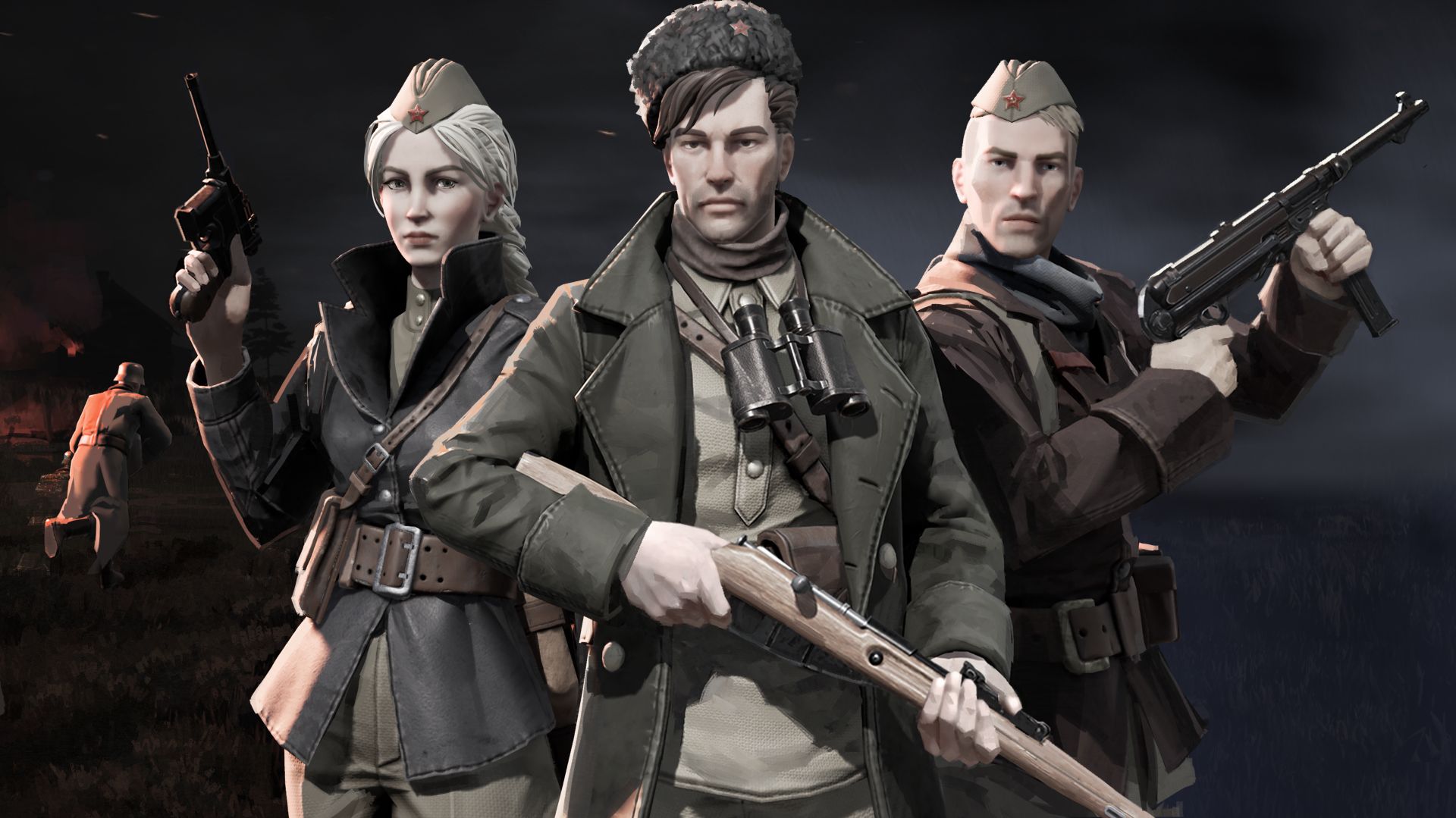 Is It all quiet on the Eastern Front for Partisans 1941? Or all riot? The Finger Guns review.

Is It all quiet on the Eastern Front for RTS action game Partisans 1941? Or all riot? The Finger Guns review.

I’m sure it comes as no surprise to anyone that World War II is a well-worn path in most forms of media, and that’s especially true in games. However, a less trodden path lies in the depiction of the war from the perspectives of the countries that aren’t Britain, Germany or the United States. Enter Partisans 1941, a real-time tactics game – developed by Alter Games and published by Daedalic Entertainment – which attempts to redress that balance by putting you in the shoes of the Russian resistance which is attempting to fend off the invasion of the Nazis in, well, 1941.

You begin as Red Army commander Alexey Zorin, tasked with escaping a Nazi prison camp and putting together a squad of fellow Red Army soldiers and a handful of sympathetic and surprisingly skilled locals to make excursions into enemy territory to help turn the tide.

Each new addition to your team becomes instantly available for you to take out into the field, and each comes with their own unique set of skills that allows you to approach each skirmish in a number of ways. Take one of the first squadmates you’ll meet, for example – Sanek. He’s still just a boy, so lacks the combat experience of others in your team, but already adept at sneaking around, blending in and tracking down vital supplies to take back to camp, making him just as useful as those more proficient at handling a weapon.

In terms of controls, squads can be moved around the area on screen as a unit, making it handy for travel from arena to arena, or individually, which proves to be especially useful for scenarios where you have to set up ambushes. Both methods are equally responsive with the only issue being that it’s not always easy to find the right camera angle to judge which of your squad are in full cover, which are hidden, which are at danger from being out in the open etc.

For those with base knowledge and experience of games in the real-time tactics genre, this will all feel very familiar, and Partisans 1941 undoubtedly presents you with a wide range of opportunities to feel like a badass – the multiple skills available to you and the game’s active battle slowdown mechanics provide a myriad of ways in which to complete missions.

Unfortunately, I’m not one of those with that kind of experience, which meant that – even on the easiest difficulty – I found myself having to repeat sections of the game more frequently than I would have liked. The stealth mechanics, for example, are solid for the vast majority of the time, which just made it all the more infuriating when the camera left me certain that I was fully hidden, only to be cruelly and swiftly gunned down. Of course, I recognise those issues are more often down to my own shortcomings, but it’s a game that feels like it could have used a more extensive tutorial or, at the very least, a gentler learning curve for relative newcomers.

Where Partisans 1941 attempts to differentiate from other games in the genre is with the additions of a central base management mechanic. You have a camp which serves as a hub at which you can regroup between excursions. Here, you can reheal, craft supplies, upgrade abilities and swap in and out members of the squad. It’s nice not to have to do this kind of stuff on the fly, and it’s also nice to be able to take a breather from the tension once in a while. Having said that, it does represent another system to consider, and I found myself constantly on the verge of menu fatigue.

Presentation-wise, there are few complaints. Graphically, Partisans 1941 serves its purpose with nicely detailed environments and effective lighting. The soundtrack is excellent as well, evoking just the right amount of tension and drama without being overbearing. Menus, whilst containing a lot of information, are clean and relatively easy to navigate. The voice acting is also pretty good and dialogue flows well enough, although I have to confess that hearing quite so many Russians with English accents was a little jarring, especially as the Nazis all seem to have German accents.

While it does feel like Partisans 1941 could do a little more to on-board inexperienced players, it’s clear that Alter Games have given a great deal of consideration to every gameplay system and how they interact with each other. It’s not perfect – with so many systems at play, it’s almost inevitable that sometimes things go awry in ways that can prove to be pretty frustrating for the player. However, for those who live for these kinds of games, Partisans 1941 serves as a worthy compliment piece to the likes of Wasteland 3 and Mutant Year Zero.

For newcomers to the real-time tactics genre, it may represent a step too far as a first experience. However, for experienced players, Partisans 1941 is a solid and engaging title, with plenty of scope to try out a number of different approaches. Overall, it’s also a refreshing change to see the Second World War represented from a different perspective.