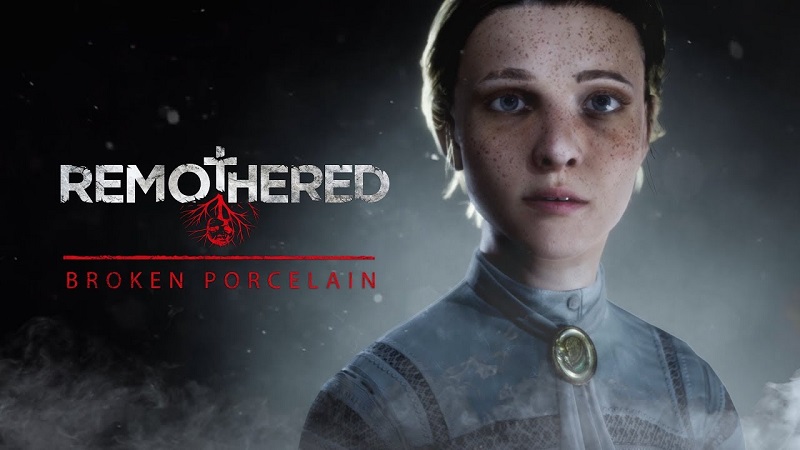 Remothered Broken Porcelain comes to console and PC after some delays, but it’s hard to see what has been fixed. The Finger Guns Review.

It’s interesting coming to Remothered Broken Porcelain two weeks after the first wave of reviews, after I assumed I would be playing a patched game and would have a different experience to share than those who came to it at release. Original release date reviews are often out of date as soon as a patch is released. However, upon booting the game and waiting for any downloads to arrive, I have been left wanting. There is no download, no update, no patch forthcoming, and as I set off into the strange buggy world of Remothered and logged my own hours, I came to realise my mistake; that no amount of patching would fix this game.

Remothered Broken Porcelain had already been delayed for a couple of months for polishing, but it’s very hard to see what could have been fixed.

Two quick disclaimers: I have not played Remothered Tormented Fathers, and I was prevented from getting very far in Broken Porcelain by a number of progress-halting bugs and glitches.

Broken Porcelain opens with a story-so-far recap (which I really recommend you watch – it’s very B-movie trash – which I enjoyed). Without it, you will have no idea what is happening or why, while with it you will have at least a cursory idea of the background of events that everything in Broken Porcelain just assumes everyone knows. That said, the exposition at the start of the game is terrible, and you start with no warning. I don’t think you are even told your own character’s name for quite a while. I’ll tell you though – you play a Jennifer, you’ve got a broken arm, and the owner of the hotel-cum-orphanage where you find yourself, Mr Ashmann, is annoyed with you for something you’ve done but who knows what.

We’ll cover them more in a moment, but cut-scenes are full of strange jump cuts, bugs and glitches, volume bursts and sections that are almost inaudible, and none of the sort of finesse you might expect from the first scene easing you into a story. Without any warning, the conversation is abruptly over, and it’s back to your room, and an argument with your friend about what happened (I assume the broken arm and getting into trouble), but without actually explaining what it was.

From the first few hours, the story I have pieced together still isn’t much to keep you going. Jennifer is there for a reason (I won’t spoil what is meant to be the only interesting plot point) and we are jumping around in time between an interview in the pseudo-present, and the time frame of Jennifer and the orphanage in the 1970s. Mr Ashmann seems to have been creating a strange rage-inducing post-traumatic-stress drug, extracted from weird moths (mostly covered in the first game) but this drug has infected and ‘turned’ the staff and one or two other girls in the hotel into crazed stalkers, who are not happy with Jennifer.

After the argument with your friend, Jennifer locks herself in a bathroom, and when she emerges, the entire game from that point onward is just nonsensical madness. People go from frothing mad to polite and sane again, from one scene to the next; you will be stalked and chased around the hotel, find ways to eventually kill some assailants, only for them to be alive in the next scene and you to start questioning your own sanity, which is perhaps the only place the narrative succeeds.

There are the absolute bones of a story here, but its missing all the flesh, blood and skin, everything that would hold it together and make it flow. There’s barely any exposition, or explanation of what you are meant to do. It often feels like there are explanatory sentences and scenes that have been chopped out of the sequences that would have explained so much. If you are coming to Broken Porcelain expecting more of what was supposedly a competent story, you are going to be sorely disappointed.

Narrative issues aside, Broken Porcelain is a mess of tired gameplay mechanics and fundamental design issues. The core gameplay loop is running and hiding from a series of stalkers, one by one. You can run and crouch and hide in large ottomans, lockers or cupboards scattered around the hotel, and wait for your stalkers to give up, then it’s time to turn the tables and hunt them instead. You can throw a few random objects to create noise and distractions, and use scissors or letter-openers to stab your stalkers.

If this is what the gameplay is meant to be, then I have a lot of questions as to why it was designed this way. Why is your running control so unresponsive, and the speed so curtailed? Why is run R1, and crouch R3, when in most modern games run is R3? I lost count of the times I crouched and got attacked instead of running away. If you are meant to be able to sneak and stealth attack, why make the AI so omnipotently aware of you even when you have clearly not been spotted? Why have the crouch animation leave your head exposed above the height of almost every hiding place?

Those are design issues, but the bugs make everything even more difficult. Button prompts disappear when trying to stealth attack, key items essential for story progression disappear and only their shadow remains, the volume of your stalkers when they are stalking you is the same whether they are right next to you, through a door, or on a different floor entirely, making placing them extremely difficult. Fights degenerate into mad flailing with no real sense of control.

Items are very strangely handled. I can understand the imposed limit of three items, this helps to make it scary and make you value the small amount of items you have, but the way they have been programmed is really odd. The controls to choose items don’t work and ignore your inputs quite often. You have no way to organise the three items or drop one in favour of another, instead the game will just automatically drop the third item whenever you pick up something new. You end up with a little pile of items at your feet, incessantly cycling through them to try to get back to the one you actually wanted to keep. And then a stalker comes out of nowhere and kills you.

The game never tells you how to save, I just found it by accident an hour into the game while investigating a clicking metronome – and this is also the only way to heal yourself. There are no survival items.

The issues here are way beyond just bugs and glitches. The actual design for the game is such a dull and predictable gameplay loop, and the AI so hyper-aware and at the same time so dumb, that it’s just a case of hide, stalk, stab, run, hide, repeat. And hope and pray that the button prompts will work when you’re trying to stealth attack. There are a few keys to find and combinations to unlock, but they just serve to interrupt that banal core loop. With a story this broken, there’s just no incentive to keep playing.

Graphically, Broken Porcelain rises a little above its other failings. The Ashmann Hotel is interesting and reminds me of an early build of a Resident Evil mansion. Jennifer herself is fairly interesting with her freckles, expressive eyes, and mouth movements, but the good parts of this are only really visible on the title screen rather than in-game. She has strange animations to her shuffling walks and escape movements.

In game, the stalker’s sudden facial changes are among the worst thing the graphics have to offer. Andrea, the first stalker, looks to have strange worms hanging out of her face, but I couldn’t tell you if it was deliberate. Lots of items like furniture and door frames have larger spaces they actually inhabit than the graphics would lead you to believe making it difficult to get close to things and hide.

When I first saw the issues with Remothered Broken Porcelain, I thought maybe they could be fixed with a simple patch. How wrong I was! After trying it out for myself, it’s clear that no amount of patching will salvage the things that are wrong, because they go much further than simple bugs or coding issues. They are fundamental to how the game was deliberately designed and written. It would need to be re-animated, re-motion-captured, and re-audio recorded, and the gameplay re-envisioned and completely overhauled from the ground up.

There’s a very early version of a working game in here somewhere, it’s just unfinished, rough. All the scenes make some kind of sense in and of themselves, but they are missing their intros, their transitions and fade-ins. The choppy timeline could make sense if there were more scenes of exposition. If I’m being kind, it’s like the first draft of a game. The structure is there, the characters and the very first ideas for some gameplay, but everything feels like an alpha build, a first run, without the honing, softening, and testing that would have made it so much more playable. It feels like I’m not reviewing a finished game.

Considering it was delayed for fixing issues, I am surprised it was released in this state. It feels like at least another year of development was needed.

Rather than issue a patch that won’t fix 90% of its issues, it would make more sense to quietly retire Remothered Broken Porcelain and pretend it never happened. Despite my hopes, the reviews on day one were right; no amount of patching will fix this game.

It’s not just the moths that bug Remothered Broken Porcelain. It’s the fundamentally broken narrative structure, nonsensical cut-scenes, unimaginative gameplay, and tired, badly implemented mechanics. Then there’s the masses of crippling bugs. There’s no amount of patching that will fix this game.