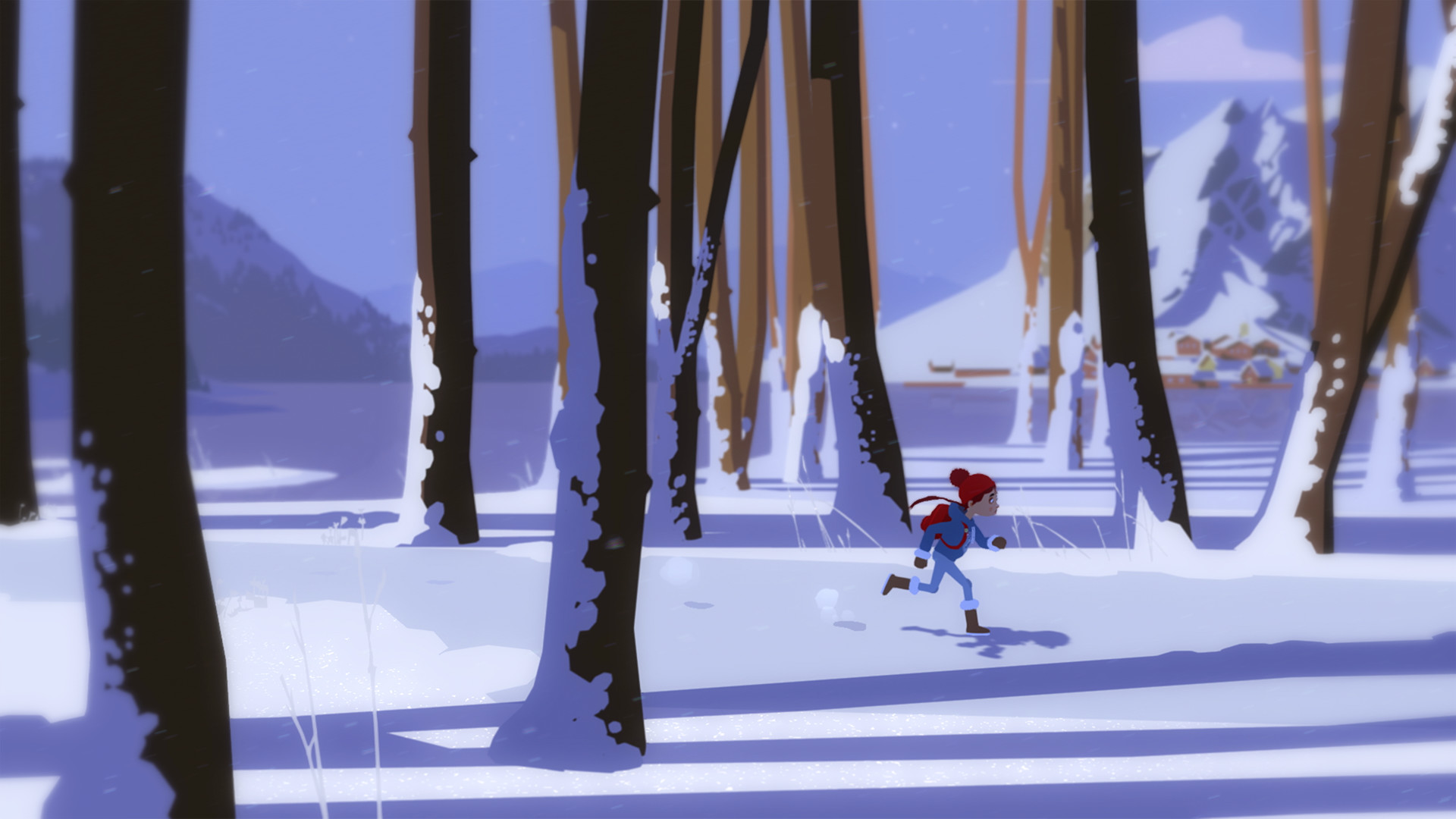 An adventure game that’s accessible, enjoyable and deceptively deep, Röki is an outside GOTY contender. The Finger Guns Review.

An adventure game that’s accessible, enjoyable and deceptively deep, Röki is an outside GOTY contender. The Finger Guns Review.

I knew I was going to enjoy Röki. Over the past few years I’ve had the distinct pleasure to play this game at a number of industry events. I’ve watched it grow and develop from afar, dipping my toe to see how it felt to play whenever it was playable at a show, and each time it continued to impress. While I knew I’d enjoy it, what I didn’t expect to be writing is that Röki is one of the best games of the year. But here we are. Röki is Game of the Year material and easily one of the most arrestingly charming games of 2020.

Röki is the story of main protagonist Tove, her brother Lars and their father. This family lives out in the Scandinavian wilderness in a little house. They’ve been through some trying times in the past few years, namely the death of the mother/wife which has put a big strain on their family dynamics. They were getting by as best they could until one night, a flock of ravens surrounded their house, the heralds for something much, much worse. A monster, bigger than the house and blacker than night, attacks their home and kidnaps Lars through a mysterious portal. Giving chase, Tove enters the portal and is transported to a fantastical version of the woods surrounding her home. Here, the myths and legends of the jötnar, trolls, guardians and Tomte are real. Tove must navigate the challenges of this magical world in order to rescue Lars and get him home.

On the surface, this plot might sound tired and predictable. Röki even plays into these expectations at times. However, the narrative is surprising, heart felt yet easy to digest. Rather than being a simple tale of rescue, Röki is a tale of love, of willing to do anything for your family, of sacrifice and of gods and men – and that’s just the plot points involving the game’s villains. I won’t spoil the main plot but it’s a deceptively symbolic tale of loss, how grief can affect families and overcoming this together. The entire third chapter of this game feels like a masterclass in game design as each puzzle futhers a narrative device and framing that’s quite ingenious. Despite being set in a mythological version of the Scandinavian wilderness, many of the more interesting aspects of the story come from the humans rather than the Trolls and legendary beasties you’ll be meeting.

That being said, Röki serves up a steady pace of mythical creatures, fanciful locations and vivid characters to deal with throughout. It feels like every 10 minutes you’re bumping into a new Jotunn legend come to life – the The Yule Cat, tomte and giant bearded frogs among them – and it’s a constant source of wonderment and challenge.

Röki is an adventure game that borrows the best elements of the point-and-click genre but gets rid of almost all of the irritations. The game play loop is mostly entering an area, exploring everything that flashes when the Left stick is pressed, collecting everything you can and then deciding if any of it can help solve any of the problems blocking your progress. It’s a classic game play loop that has existed for decades and hasn’t been revolutionised here.

Where Röki differentiates itself from its peers is in the quality of the puzzles. There’s plenty of “I need X so let’s go and find X” puzzles but they’re mixed with a vast variety of other head scratchers. Riddles that indicate in which order some items need to be used, mirror and light puzzles, picture disk puzzles, visual tests that challenge the player to remember where they saw something before and logic puzzles are all found here. The diversity of head scratchers and the mix they’re delivered in keeps the game play loop fresh from start to finish. What’s more, there’s very little trial and error required and the barrier for entry into these puzzles is very low. There’s not a lot of required knowledge that the game doesn’t provide to you via environmental hints.

The puzzles are made very accessible by a basic but instantly intuitive interface. With a click of a button you can access the inventory or a map of the world, the latter of which can lead to a journal that plays host to any hints or progression the player might need to revisit. To use items on world items or one another, you simply have to hold down A and drag them from the inventory to wherever you want to use it. It’s so simple but very effective.

There’s a few little niggles with Röki that are par for the course in the inventory heavy adventure game genre. Some items most certainly could be used to solve problems that they’re not designed to do and the game doesn’t recognise their qualities, instead requiring an exact solution. For example, I spent a little too long trying to light a campfire with a lit torch I’d crafted and couldn’t quite understand why the game wouldn’t allow me to do so. I eventually realised I still had a match in my inventory – a much smaller source of fire, I hasten to add – that worked on the first time of trying. The dissonance between inventory and problems needing a solution is rare in Röki but it does happen.

Visually, Röki has a very appealing art style that’s bold, crisp and very clear. The world and character design is imaginative and a stylish take on Scandinavian/Norse mythology. The framing of the game is one of its most appealing aspects, presented via fixed cameras that are either static to present a world building, tension setting view or tracking cameras that give the game a real filmic feel. There’s an old school feel to the way this game presents itself but without any of the hand up’s from those days.

It’s the polish and tiny details that really elevate what Röki tries to do. The world itself is jam packed with small elements of world building that give this game real depth and mystery. Running through the snow leaves a track of distrubed snow, for example. Occasionally you’ll see just a single errant snowflake descend from the skies. After you’ve finished a puzzle, Tove will often yell out “Wupupup”, like an uncontrollable excited noise, and it melted my heart each time. The soundtrack that leans into the Swedish nature and mythological elements of the game is an impressive tone setter.

It’s the story of Röki that puts it among the best games to see a release in 2020. The characters, both antagonist and protagonist, are fully realised and have relatable motivations (even those of an evil forest god). The events that unfold might be fantastical but they mirror the human drama in a way that evokes real passion and emotion.

Röki blends the mythic with painfully real, the supernatural with the human to tell a story of reconciliation that’s spellbinding for its entire 12 hour length. A few foibles with its point and click roots are the only blemishes on an otherwise exemplary and accessible adventure that’s one of the best you’ll play this year.

Roki is available now on Nintendo Switch (Reviewed on Switch Lite) and PC.