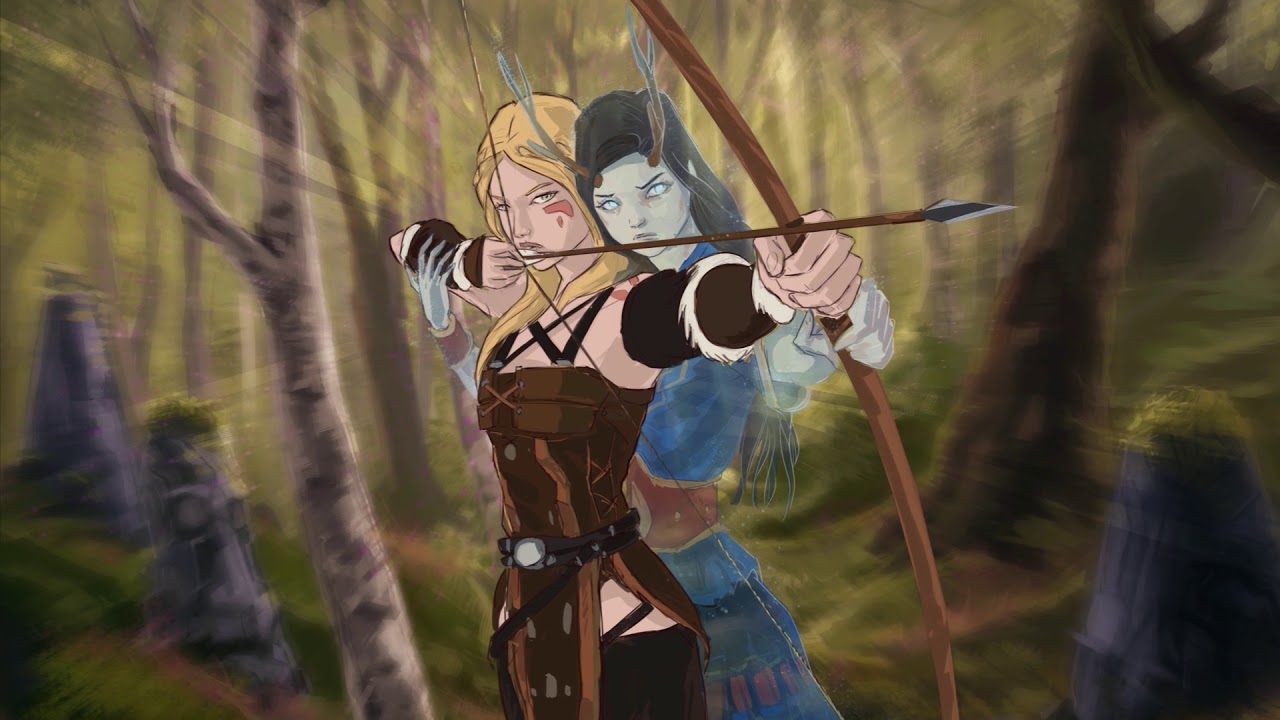 A Norse fantasy visual novel with an interesting narrative structure, Seers Isle tells a story worth investing in. The Finger Guns Review.

A fantasy visual novel with an interesting narrative structure, Seers Isle tells a story worth investing in. The Finger Guns Review.

I think it’s fair to say that after playing two of their three games, Nova-Box are one of the premier creators of visual novel games. With both Across The Grooves and Along The Edge, they created engrossing stories which abandoned many of the usual tropes for the genre in order to try something new. As each title comes to Nintendo Switch, we’ve had the pleasure of reviewing them here and so we’ve arrived at Seers Isle, a fantasy visual novel that’s probably the most divisive of the bunch.

Seers Isle begins as a group of Norse apprentice shaman approach a mysterious island on a boat. This island is inhabited by a magical antlered-human entity called The Seers. These beings are said to protect the magic that is held on this island’s highest mountain but will grant that power to those who pass their trials. These would-be shaman are looking to obtain that power then return to their villages and guide their respective tribes. Each character has their own reason for being on this island, all of which you’ll explore through repeated playthroughs. It’s the player’s job to shepherd this group to the peak by influencing their decisions.

Even before the group have set foot on the island, choices are set before the player which have a profound effect on the story. Each and every decision has a bearing on the narrative, either immediately or further down the line. The consequences of the player’s decisions, even those that seem entirely inconsequential at the time, aren’t always apparent but they shape the progress of the narrative and the endings the player will see. There’s a massive amount of branching directions this plot can take and it’s up to the player to shape it.

Each choice in Seers Isle is tracked against four symbols – The Eye, The Hand, The Man, and The Deer – which will light up when a decision is made in support of their description. The more a symbol lights up, the more the story will lean in the direction of that symbol.

This is where the first wrinkle with Seers Isle arrives. Unlike in the other Nova-box games where choices can be reasonably gauged in which direction they’d lean the narrative in, that’s not the case with this title. The symbols and their association to the characters are almost a mystery at times. Make a choice you think might be in support of one direction and you might find unexpected symbols popping up. If you just want to play and enjoy the narrative in a loose way, this isn’t such an issue but if you’re angling for certain plot angles, the ambiguity of this system actively works against the player.

It feels like the main reason for this disconnect is that despite influencing the decisions of the Norse shaman, the whole game is told through the perspective of another character. I won’t go on to spoil who this character is because uncovering it is one of the highlights of your first play through of Seers Isle, despite it coming with the cost of some early narrative confusion. What I will say is that I don’t think that this game spends enough time setting up this narrative device straight off the bat and the latter half of the plot might have landed a little better if it had have done. Having got emotionally invested in the would-be shaman group for the first half of the game, it feels almost clumsy when the game switches this up and the outcomes for this group get pushed to the background. What’s more, some endings in this game feel a little unsatisfying as there’s no conclusion for some characters as their arc is left by the wayside and some loose strings are left unexplained in the wake of the larger story arcs.

That’s not to say that the various stories told in Seers Isle aren’t worth experiencing. They absolutely are. The cast of characters are unique, well written and bounce off one another in some snappy dialogue. It’s easy to find a favourite to invest in (if you can figure out which choice symbol progresses their narrative that is) and the mystic events that unfold on the island, coupled with flashbacks which flesh out each main character, make for some compelling reading/gaming. Because there’s myriad endings to be found, this is a game that begs to be replayed too.

Much like Nova-Box’s other visual novels however, Seers Isle isn’t very accommodating to the players time. There’s no way to explore the narrative branches you’ve passed by on a play through, unlike so many others in the visual novel genre that include flow charts or multiple save games that allow you to backtrack and change your choices. This does add to the weight the choices you’ll be making in this game carry but it also means that if you want to see everything this game has to offer, you’re going to have to play it from start to finish quite a few times.

Thankfully, Seers Isle is really easy to digest which makes the repetition far less onerous that it would be otherwise. Presented like a comic book with dialogue appearing in speech boxes around the screen, this game is filled with a massive amount of really crisp and colourful art work. These images really pop on the Nintendo Switch screen, especially when they take a more painterly feel in the latter stages of the game. The visuals are complemented by a bespoke soundtrack that both emphasises the mythological Norse feeling the game is going for and gives the game a really thick atmosphere.

It’s hard not to admire what Nova-box attempt to accomplish with Seers Isle. There’s some narrative devices used in this game that most visual novel games would shy away from and there’s a cast of characters that beg to be explored further via player choice. It’s easy on the eye and tells some entrancing stories – but a few of these tales trip up over the complexity of essentially having 8 lead characters and being unable to give them all a satisfactory arc without repetition.

Seers Isle is available now on PC and Nintendo Switch (reviewed on a Switch Lite).