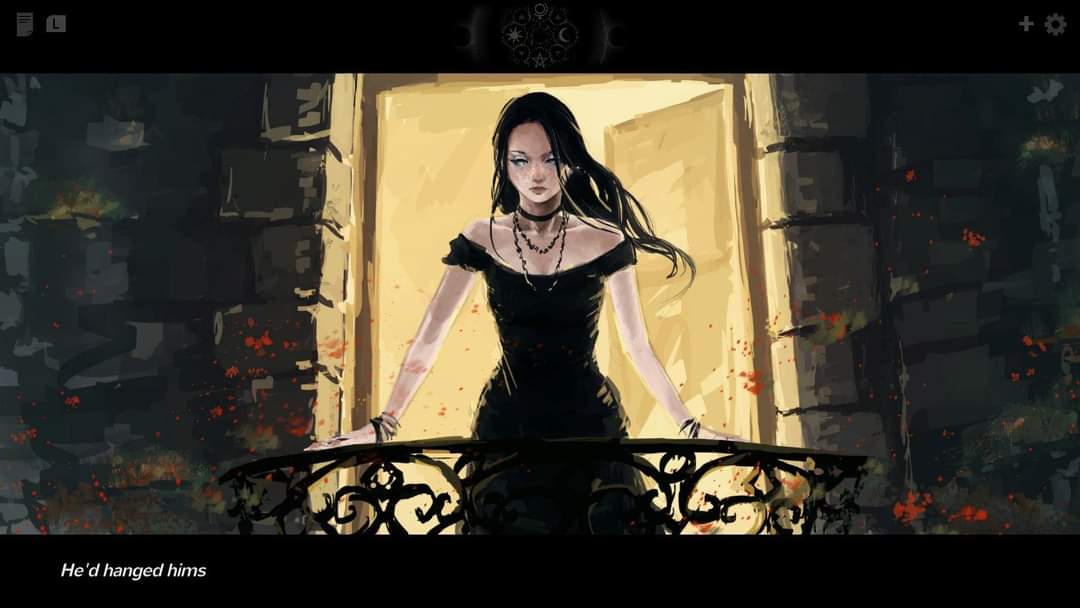 Nova-Box continue to port their excellent visual novels to the Nintendo Switch with ‘Along The Edge’, an enchanting story of family rivalries with sprinkles of the occult. The Finger Guns review.

Nova-Box continue to port their excellent visual novels to the Nintendo Switch with ‘Along The Edge’, an enchanting story of family rivalries with sprinkles of the occult. The Finger Guns review.

One of the greatest pleasures of being a video game critic is being able to write about hidden gems. Occasionally we’ll get a review code for a game we’ve never heard of which goes on to blows our minds. We then get to shine a light on it and tell the world how great it is. That was the case with Nova-Box’s recent release for ‘Across The Grooves’ which Ross described it as an “essential representation for the narrative driven video game genre” in his review. With their latest port to the Nintendo Switch, ‘Along The Edge’ that has been available on Steam since 2016, Nova-Box are proving their not just a one hit wonder. Instead they’ve been releasing some of the very best visual novels on the market for years, and we simply didn’t know about it.

In Along The Edge, you follow the life of a character called Daphné, a PhD student who recently split with her boyfriend Frank. She’s unfulfilled with her current life so when she learns of the passing of her grandmother and that she has inherited a castle in the countryside, she takes this opportunity to make a fresh start. She takes a substitute teachers job and makes the switch from the town she has grown up in to the French (I believe the game describes it as European but everything about this game screams French) village where her ancestors have lived for generations. As she settles in, she begins to uncover an unsettling history which threatens her future.

As with most visual novels, the story of Along The Edge is its greatest asset so I’m going to be intentionally obtuse here so as not to spoil it. The narrative that unfurls before you in this game is a powerful one that deals with love and everyday life one moment and some heavy and potentially upsetting subject matters the next. Daphné’s family, the Delatour’s, have a long and storied history in this village but their fate has been entwined with that of another powerful family, the Malterres’, for generations. This connection, riddled with hostilities and forced niceties, has an other worldly edge to it that Daphné may believe in or pass off as the myths of a remote village where there’s nothing better to do than gossip and whisper. To say more would be to ruin the twists, turns and down right blind sides that exist in this game but trust me when I say Along The Edge goes to some really exciting and intriguing places.

There’s a whiff of tension from every character you meet in this village and how you navigate confrontations is up to the player. Along The Edge is a visual novel in which choices both big and small matter and the enforced decisions where the outcomes are the same are kept to a bare minimum. You’ll often be presented with a few list of dialogue responses, topics of discussion or actions to perform. Each of them will have a consequence, even the ones that might seem totally pedestrian. Every choice is aligned to 4 personality traits that are presented at the top of the screen at all times on a compass like symbol – while it’s never explicitly explained, I believe these icons represent Daphné’s (see – the player’s choice of) temperament and her belief in science vs. the supernatural. Every option you choose in support of one of these symbols illuminates that particular symbol and adds a point to an tally invisible to the player. This effects the personality of Daphné, the choices she’s able to make and even changes her aesthetic and vibe with 38 possible appearance evolutions based on player decisions.

The branching narrative doesn’t stop at different clothing and hair dye in Along The Edge though. There’s a huge number of different story arc permutations involving the life and death of supporting characters, romance options for Daphné, the final acts and the story resolutions. All told there’s 60 different endings to see. This means there’s a massive amount of replayability here if you want to see it all.

Along The Edge isn’t a traditional visual novel. While visual novels usually keep their narratives to just a few areas to reduce the amount of background art that’s required, this game goes completely the other way. There’s more than 450 hand-made illustrations that are rarely visited more than once in a playthrough. The art style here has this painterly quality to it that leverages the European setting and the supernatural to give this game a stunning look. I took over 80 screenshots of Along The Edge while playing it because the art work is jaw dropping.

The art work is joined by a piano soundtrack that’s simply beautiful. This soundtrack, occasionally joined by ambient noises from locations, sets the tone for each scene perfectly. Whether it’s to enhance the threat portrayed in the narrative or to give a sense of wonder or mystery, this soundtrack is quite frankly excellent. It’s restrained when it needs to be which accentuates the moments when it’s not.

The greatest aspect of Along The Edge is the structure for the narrative. It poses questions to the player but only partly reveals the answer before unveiling more mysteries both Daphné and the player want to investigate. It’s a constant drip feed of tidbits which inform decisions and cast doubt on those already made. This game plays the player like a fiddle, giving them a constant stream of new information to digest while challenging what they think about what they already know. It’s a majestically well made story that hinges on Daphné’s relationships with each character which is in turn shaped by the players decisions.

I’ve mentioned that Along The Edge isn’t a traditional visual novel game and this is the crux of my one and only complaint about the game. The vast amount of branching narrative in this game begs to be seen but the game isn’t accomodating of the player’s time in order to do so. Say you want to see what would have happened if you’d made a different decision in some of the final moments of the game but we’re happy with everything else you’d done – in order to see that unfold, you’d have to restart the game from scratch and make all of the same decisions again until that point. Unlike so many other visual novel games that include a flow chart or chapter saves, Along The Edge commits your choices to an auto-save and doesn’t allow you to revisit them. Sure you could just hold down the A button and skip through all of the scenes you’ve seen before, only stopping to make the decisions again but when others in this genre allow you to do that with just a few clicks, this feels cumbersome. Despite your decisions, you’ll also play through some scenes on each play through. It would also have been nice to be able to hold A to skip through content that’s exactly the same as what you’ve already seen, but for it to stop skipping when there’s something new to experience because of your new choices (again, something most modern visual novels include).

Along The Edge has been around for 4 years at this point and I feel almost ashamed to say, as someone who plays an inordinate amount of visual novel games, that it has passed my by until now. With this Nintendo Switch release, this is an opportunity for a whole new market of players to experience a visual novel that’s so remarkably well put together, so mature in its delivery and so beautiful in its presentation that it belongs alongside the best of the best. For me, Along The Edge sits alongside Steins;Gate, Doki Doki Literature Club, Dangonronpa and Across The Grooves as the best this genre has to offer. Sure, it’s missing some of the player friendly quality of life improvements that are commonplace in today’s new releases but that didn’t stop me from diving right back in again after finishing the game for the third time.

Now on my fourth playthrough, I’m still gripped by it.

A visual novel that stands shoulder to shoulder with the giants of the genre, Along The Edge is a fantastic and fantastical story that’s delivered eloquently and masterfully. It’s missing some modern quality of life innovations but that doesn’t spoil what it one of the most majestic hidden gems I’ve ever had the pleasure to review.

Along The Edge is available now on PC and Nintendo Switch (reviewed on a Switch Lite).

Tags: Along The Edge Nova-box

1 thought on “Along The Edge (Switch) Review – A Beautiful, Mature & Engrossing Tale”